Check out progress on AEK FC’s new 34,000-seat Agia Sofia stadium in this latest construction video update; as the club’s dreams continue on their path to becoming a reality.

AEK Football Club, also known in European competitions as AEK Athens FC, the Greek professional football club based in a suburb of Athens, Greece, is already well underway with its dream of creating a centre of sports, culture and memory in the form of its new home, Agia Sophia.

Commercially wise, AEK FC has been a pioneer in a number of projects. Multinational corporations with dominant market shares have chosen the club for its sponsorship activations, as part of their strategic promotional mix, therefore verifying AEK’s growing dynamics. Moreover, AEK FC has an active “social responsibility” program, which is targeted and oriented to both the social and the football community.

Now the Club is facing the most significant milestone in its modern history, as a new stadium will be built in its traditional home ground, at the suburb of Nea Filadelfeia. The project is expected to greatly uplift both the squad’s dynamics as well as the club’s commercial endeavours.

AEK’s new home, the 34,000-seat Agia Sofia, will sport a church, restaurants and bars, retail shops, a museum and club shop, in addition to some 40 suites, an Executive Suite and a VIP Lounge, all designed with a nod to the Greek culture, while with a luxurious modern twist. 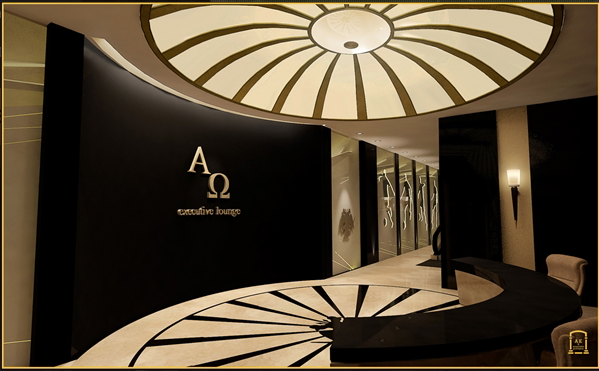 The net construction cost is estimated around €65m, with funding being completed in three stages. The first phase of construction costing €25.9m; the second €20m and the final phase, which is now underway, €14m. The Administrative region of Attica is paying €20m, with the balance being funded by Dikefalos 1924, a company that was founded for the construction of the stadium.

Construction began with the earthworks back on 28 July 2017. The first phase of construction consisted of excavations and retaining works, and was completed on 5 December 2017. On 6 February 2018, it was announced that Ermonassa S.A. would undertake the completion of the second phase, which included the remaining earthworks, the concrete and iron skeleton of the stadium, construction of the pillars, and finally the construction and installation of the stands.

The third and final phase began on 30 March 2020 and is expected to take 12 months to complete; the latest construction progress can be found on the live feed Dikefalos 1924 maintains on their website.

The new Agia Sofia stadium will be a dream come true for AEK FC, which has been an important contender for titles and success, having won 30 national titles (12 League Titles, 15 Greek Cups, 2 Super Cups and 1 League Cup), while consistently representing Greece in European Competitions.

AEK FC was founded in Athens in 1924, two years after the disaster of Asia Minor when a group of  Greek refugees originating from Constantinople decided to establish a club that would stand as a reminder of their homelands and the culture of three thousand years which turned to ashes. The club takes pride from its roots, it honours them and carries them everywhere through the double-headed eagle, inspired by the Byzantine Empire emblem.

AEK FC has been an important contender for titles and success over the years, having won 30 national titles (12 League Titles, 15 Greek Cups, 2 Super Cups and 1 League Cup) while consistently representing Greece in European Competitions.

The Olympic Stadium of Athens has been the club’s permanent home since 2004, where the fans enjoy excellent services.

AEK FC headquarters are located near the Olympic Stadium in a new luxury building, which serves all the administrative services of the Club. The AEK FC Training Centre is located in Spata, Attica since 2010. It is the home of the First Team and the Academies, and is recognised as one of the best in Greece.