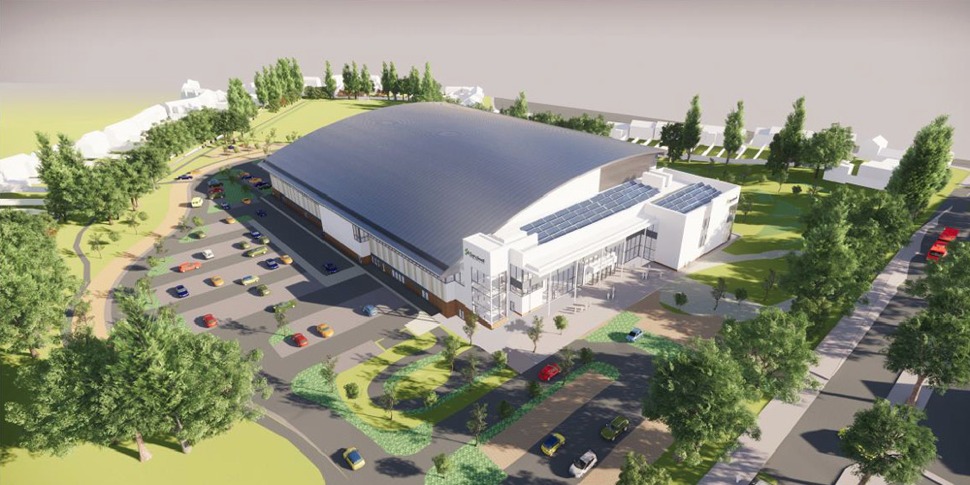 Major construction is now underway on the Sandwell Aquatics Centre; a state-of-the-art venue being built to host the swimming and diving competitions at the Birmingham 2022 Commonwealth Games.

Located in Londonderry Lane in Smethwick, the Sandwell Aquatics Centre is the only brand new venue being constructed for the Birmingham 2022 Commonwealth Games. Post Games, the centre will become an important leisure facility for local people to use and enjoy for years to come.

This is a hugely exciting moment for us as organisers of the Games, as this fabulous centre is going to be one of the jewels in the Birmingham 2022 crown, especially as it’s the only brand-new competition venue being built ahead of the Games.

The centre will include:

In addition, the centre will include:

The project is being overseen by Sandwell Council and the council’s Leader, Cllr Yvonne Davies, said:

We are very excited that work has started on the new Sandwell Aquatics Centre in Smethwick. We are really looking forward to hosting the swimming and diving events for the Birmingham 2022 Commonwealth Games. Work is on track and we will see the centre start to take shape in the coming months.

An event was recently held in Sandwell to mark the beginning of this significant phase in construction. In attendance was the Secretary of State for Digital, Culture, Media and Sport, Oliver Dowden, who said:

2022 will be a great year of celebration and the new aquatics centre will put Sandwell right at the heart of the Commonwealth Games. We’re investing £600 million in the Games to deliver the biggest event the West Midlands has ever seen and leave a lasting legacy, in this case by converting the world-class facilities being built here into a state-of-the-art leisure centre for local people.

The Sandwell Aquatics Centre is going to be fantastic! Not only will it be an excellent venue for all of the swimmers and divers taking part in the Birmingham 2022 Commonwealth Games but it’s also going to be massively beneficial for local people to have such an impressive facility on their doorstep. For diving in particular it is going to be hugely important for young people in the region to have access to this centre.

Work on the facility is expected to be completed in spring 2022, when it will be handed over to Birmingham 2022. After the Games, further work will be done on the site, before it opens its doors to the public in 2023, when it will be operated by the Sandwell Leisure Trust.

More information about the Sandwell Aquatics Centre is available at www.sandwell.gov.uk/aquaticscentre