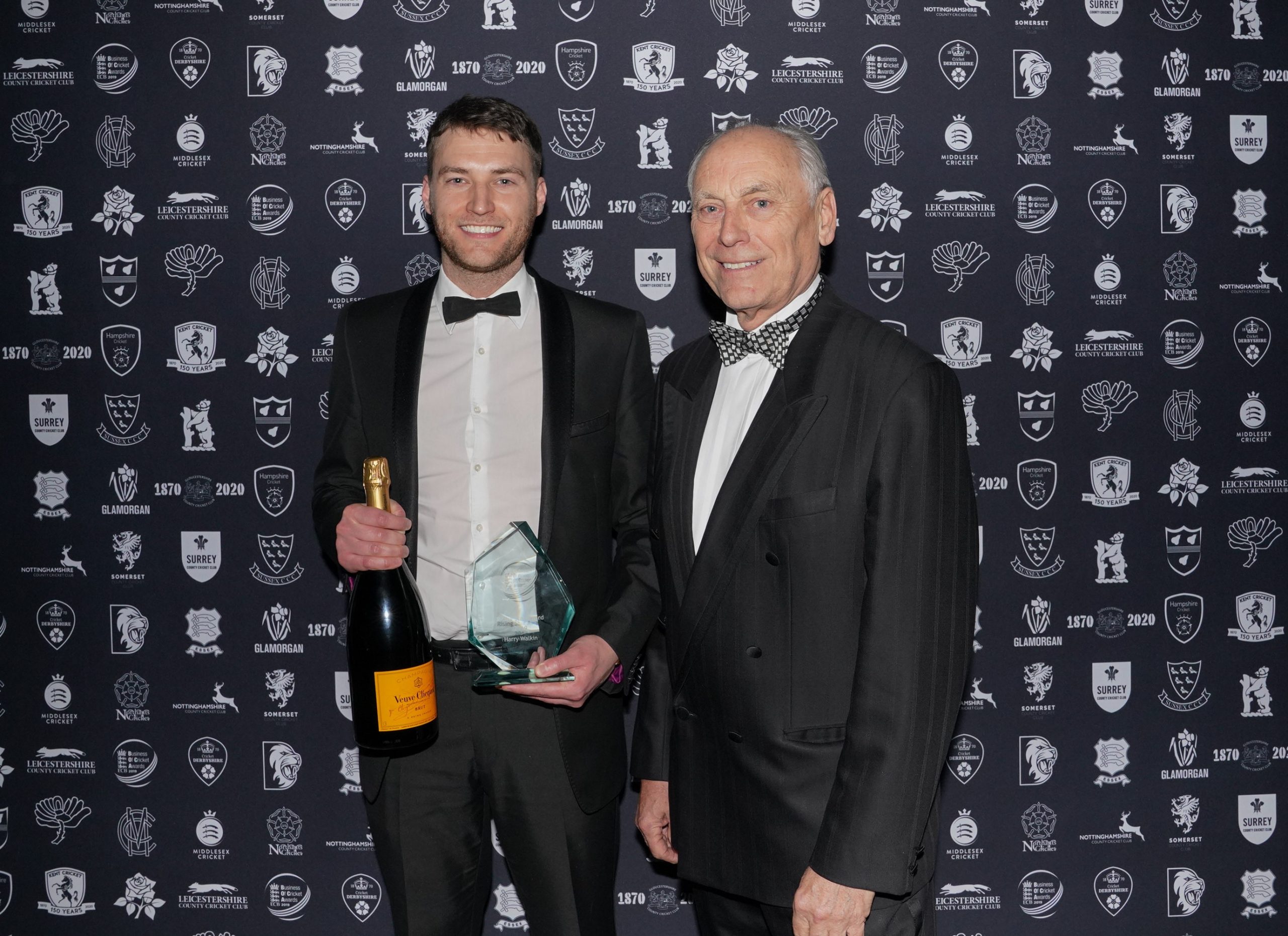 Hampshire Cricket claimed two prizes, including the Best Loyalty Initiative Award for the innovative Hampshire Cricket App, at the annual Business of Cricket Awards hosted at the Ageas Bowl earlier this month.

The accolade, which recognises a creative and innovative approach to engaging with fans and Members, was presented to the club for the launch of its new App – the first of its type in English county cricket – which has helped to bring fans closer to the action whilst enhancing the matchday experience at the Ageas Bowl.

The free-to-download App, developed in partnership with InCrowd, has enabled Hampshire Cricket fans all over the world to enjoy live streaming, scorecards and video highlights of Hampshire matches as well as access to exclusive content and behind-the-scenes footage. Fans have been able to have their say courtesy of player of the match polls, while a Fan Cam – powered by innovative Filmily technology – allows supporters to share their experience of following Hampshire to see themselves on the Ageas Bowl’s big screens or social channels.

The early success of the App, launched in May 2019, has seen users spend more than 2.3 million minutes on the platform, accumulating over 1.5 million page views in that time. Another key component of the App’s functionality is its ticketing wallet and this has also been particularly well received with more than 17,000 digital tickets used to gain admission to the Ageas Bowl for matches during the 2019 season.

Hampshire Cricket’s Head of Marketing, Harry Walklin, also received the Rising Star Award at the ceremony as the club celebrated an awards double, while the club was shortlisted for its Blast IT Communications Campaign, in which the App played a central role.

It was a huge privilege to host this year’s Business of Cricket Awards and we’re thrilled the Hampshire Cricket App was recognised. The App was developed with our fans firmly in mind and we’ve been delighted to see so many of our supporters utilising it to stay close to everything going on at the club. We’re looking to add some exciting new features and functionality over the coming months, ahead of what’s set to be another huge summer at the Ageas Bowl.

The BOCAs, which aim to recognise non-playing excellence in the professional game, saw the nationwide county network join together to celebrate outstanding and innovative business practice in the sport.

The event, hosted by BBC presenter Mark Chapman, was held at the home of Hampshire Cricket for the first time with ECB Chief Executive Officer, Tom Harrison, and ECB Chairman, Colin Graves, both in attendance.

The 2020 edition of ALSD International, Europe’s leading event for the Premium Seat & Hospitality sector, is being held at Liverpool FC’s iconic Anfield stadium this October 12-13. It will include a conference examining how to increase revenue through new builds, renovations and service expansions, an exhibition hall showcasing the latest products, services and solutions, behind-the-scenes tours of Anfield, Everton’s Goodison Park and M&S Bank Arena, and numerous networking events.