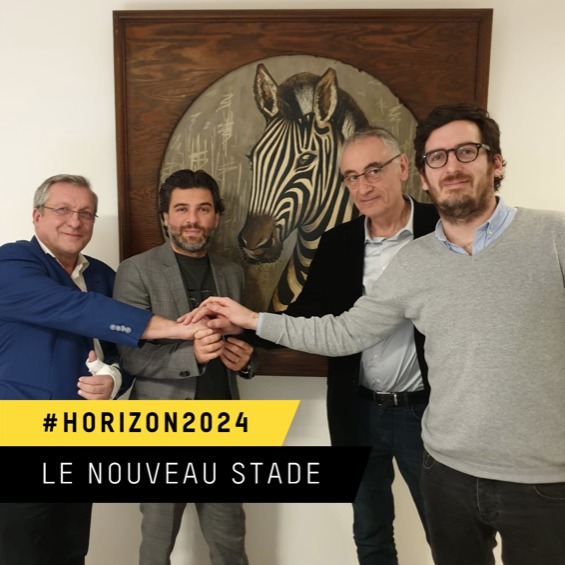 Royal Charleroi Sporting Club (RSCS), simply known as Sporting Charleroi, recently announced its intention to build a new stadium by 2024. The club is based in the city of Charleroi, in the province of Hainaut, and plays in the Belgian Pro League.

At the same time as this announcement, Mayor Paul Magnette confirmed the launch of his Porte Ouest project, in which Sporting Charleroi’s project is precisely integrated.

After a few months of brainstorming, a document synthesising the project imagined by the club’s Managing Director, Mehdi Bayat, was drafted and then submitted to architectural workshops.

The result of a private consultation conducted by Mehdi Bayat and his special advisor, Patrick M. Martin, along with the management of Sporting Charleroi (Pierre-Yves Hendrickx and Walter Chardon), the Club chose the architect and project management team on 31 January.

After consulting four international teams with expertise in stadium construction, the choice of the club was mainly dictated by four criteria: motivation, skills, budget and references.

Sporting Charleroi decided to award the contract to the team formed around the agency MARIOTTI & ASSOCIES, architects based in Metz.

In addition to Christophe Mariotti, his project management team will be composed of:

The selected team will now, without delay, start work to put its know-how on paper in order to transform the club’s ideas into a stadium project and to tackle the future deadlines linked to the construction of the new arena with a view to its delivery in 2024.

The new multifunctional stadium – with a capacity of almost 20,000 seats – is mentioned in its “Horizon 2024” plan and is a major element in the development of Sporting de Charleroi and for the cultural influence of Wallonia. The stadium will be located on the former AMS site in the commune of Marchienne-au-Pont.