STAPLES Center partners with LAVA to reimagine the guest experience 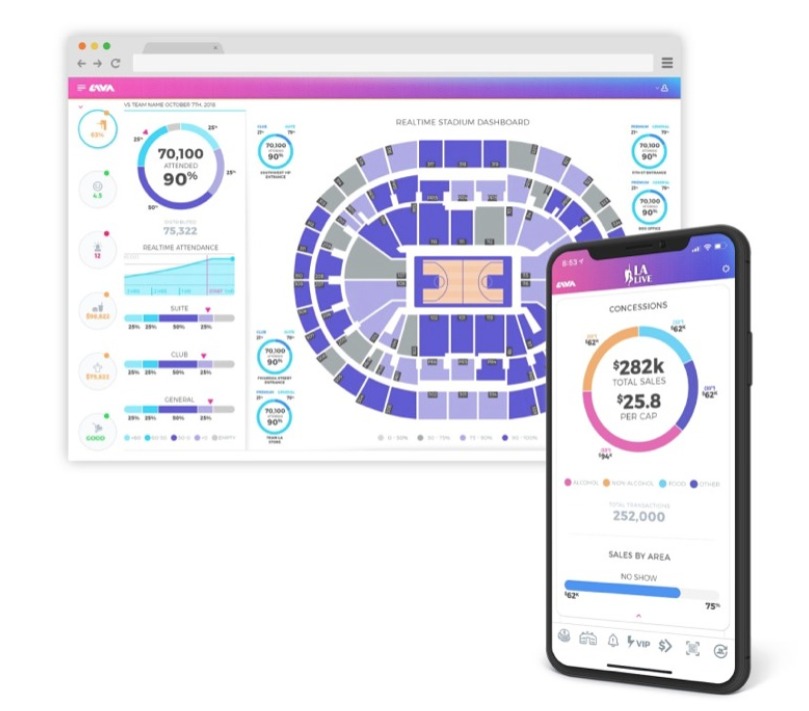 LAVA, the marketing platform that activates real time data to create engaging experiences during live events, has announced a partnership with STAPLES Center, Microsoft Theater and L.A. Live, the iconic arena and surrounding entertainment district in downtown Los Angeles, to reinvent the guest experience during live entertainment events for the first time.

The partnership comes ahead of STAPLES Center’s 20th anniversary this October, and coincides with the public debut of LAVA, which launched out of stealth mode this week.

The STAPLES Center, Microsoft Theater and L.A. LIVE teams will start by integrating LAVA as an onsite operational tool. The LAVA platform will instantly analyse customer experience data generated by connected devices — such as ticketing scans, concessions and merchandise — and consolidate it into an intuitive, easy to use dashboard. Event staff can monitor operations and improve the guest experience during an event, such as managing special offers and promotions, crowd control or adjusting internal staffing.

In the near future, STAPLES Center, Microsoft Theater and L.A. LIVE will expand the LAVA technology platform into its retail, sponsorship and concessions operations, enabling the arena to further monitor real time business performance, as well as surprise guests with in the moment digital offers, such as exclusive discounts, VIP lounge access and more.

LAVA’s platform activates using digital experience passes on smartphone devices to seamlessly enable real time notification and redemption for guests, as well as accurate and instant analytic insights for venues. This type of real time visibility and activation for event operations has never been done before, and STAPLES Center is the first arena in Los Angeles to adopt LAVA.

Over the last 20 years, STAPLES Center has proudly embraced state of the art technology to further our mission of creating the finest entertainment experience imaginable. In turn, we have set new standards for the arena industry, and continue to do so with our preeminent partnership with LAVA.

LAVA fills a much needed gap in the live event market: that we have never before had visibility into our guests’ experience in the moment, nor an ability to act on those insights while an event is taking place. With LAVA’s platform we are well-equipped to continue honing and perfecting our guests’ experiences in ways that were previously impossible.

The technology stood out to the STAPLES Center, Microsoft Theater and L.A. LIVE team for many reasons, but its preference for delivering a frictionless experience, using digital experience passes on smartphones rather than native apps, was a critical factor given the multiple tenants and fan bases that visit the arena annually.

We’ve been selective about the type of companies we work with, and we immediately realized that STAPLES Center, Microsoft Theater and L.A. LIVE have the same innovation-centric mindset when it comes to improving and perfecting the guest experience. The team was also faced with a unique challenge given the volume and diversity of its guests in part due to housing four professional sports teams, along with world-class music and entertainment events all year long.

We are excited to partner with STAPLES Center, Microsoft Theater and L.A. LIVE to surprise and delight fans, by creating meaningful experiences for the millions of guests that visit the arena and L.A. LIVE complex each year. This partnership means huge improvements in the way guests experience live events, both at STAPLES Center, Microsoft Theater and broadly across the industry.

Founded by Vivek Ranadivé, the founder and former CEO of TIBCO, and Wen Miao, a former SVP and GM at TIBCO, LAVA is the first marketing platform to successfully activate real time data to create meaningful customer experiences during an event, engaging with guests in the moment and broaden existing revenue streams through personalised, memorable experiences.

STAPLES Center is celebrating its 20th anniversary year and has undoubtedly developed an unrivaled reputation for excellence having established itself as the Sports and Entertainment Centre of the World. As the home of four professional sports franchises – the NBA’s Los Angeles Lakers and Los Angeles Clippers, the NHL’s Los Angeles Kings and the WNBA’s Los Angeles Sparks – STAPLES Center has proven to be a home court advantage for the local teams.

Hosting over 250 events a year, the arena’s reputation for world-class amenities, features and commitment to quality of service and the guest experience is second to none. 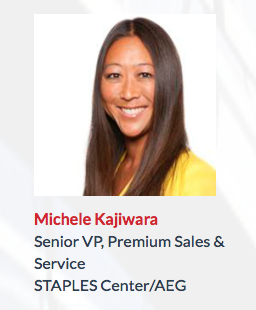 Michele Kajiwara, Senior Vice President of Premium Sales & Service at STAPLES Center for AEG is one of the 50+ speakers that will be sharing invaluable insights during ALSD International – Europe’s one and only event dedicated to the Premium Seat & Hospitality sector – coming to Croke Park Stadium in Dublin, Ireland, this October 28-29.

The stellar speaker lineup of high-calibre experts from across Europe and North America will be providing insights on how to increase revenues through new builds, renovations and service expansions, as well as via the latest F&B and technology offerings.