LaLiga and Premier Sports announce partnership in the UK & Ireland 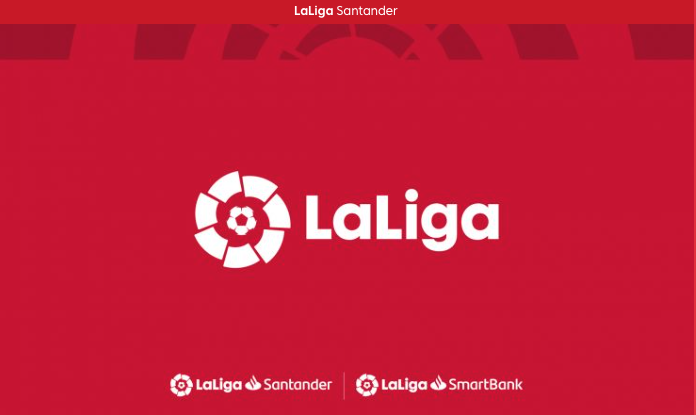 Premier Sports and LaLiga have announced a historic agreement that will see every game from Spanish top-flight LaLiga Santander broadcast in the UK and Ireland via multiple platforms through the conclusion of the 2021/22 season. LaLiga will become the first football league to have a 24/7 dedicated channel in the UK and Ireland carrying all live games via all major TV platforms.

Additionally, from next week, the free-to-air channel FreeSports will broadcast select match content, as well as the LaLiga Highlights Show, a weekly program covering the highlights of every match following each round of fixtures, including each week’s best goal, best save and best player.

In addition to residential TV, customers benefitting from this ground-breaking partnership, Premier Sports commercial venue customers will be able to show LaLiga via their Sky TV box or through Premier Sports’ soon-to-be-launched enterprise streaming solution provided by Screach, meaning bars across the UK can bring viewers all the big matches from around Europe every weekend.

LaLiga is enjoyed across the globe, with an especially passionate fanbase in the UK and Ireland. Through our long-term partnership with Premier Sports, we’re happy to give fans of Spanish football a chance to enjoy LaLiga’s world-class content in a variety of formats, including via OTT and Premier Sports’ linear TV offering, as well as our own dedicated English-language channel, LaLigaTV. We trust that football fans across both these territories will enjoy unprecedented access to the best league in the world.

We are thrilled to be announcing this truly unique and game-changing agreement with LaLiga that signals the beginning of an exciting new chapter for Spanish football in the UK. We are extremely proud to be partnering with LaLiga to begin broadcasting the world’s greatest league to UK and Ireland viewers on Premier Sports and via the soon to be launched LaLigaTV channel.

Sports Venue Business CEO, Katie McIntyre, is going to be attending the World Football Summit, the international event for the football industry, being held in Madrid, Spain, September 24-25.

The industry’s leading decision-makers will gather to discuss relevant topics, such as the post 2024 plans for European club competitions, the emerging OTT platforms and the new broadcasting landscape, the new FIFA regulations aimed to fight corruption, the growth of football in the United States and the upcoming 2026 FIFA World Cup™ and the digital transformation process, to which the industry as a whole is committed.

Over 100 top speakers such as Peter Moore, CEO of Liverpool; Emilio García, Chief Legal Officer for FIFA, David Hopkinson, Global Head of Partnerships for Real Madrid; Javier Tebas, President of LaLiga; Luis Vicente, Chief Digital Transformation and Innovation Officer for FIFA, and executives representing brands like Facebook, Amazon, Rakuten, DAZN and Konami will take the stage at Madrid’s Teatro Goya, that will become the epicentre of the global football.

ALSD International – Europe’s one and only event dedicated to the Premium/VIP/Club Seat & Hospitality sector – is taking place at the 82,300-seat Croke Park Stadium in Dublin, where experts from across Europe and North America will be providing insights on how to increase revenues through new builds, renovations and service expansions, as well as via the latest F&B and technology offerings.