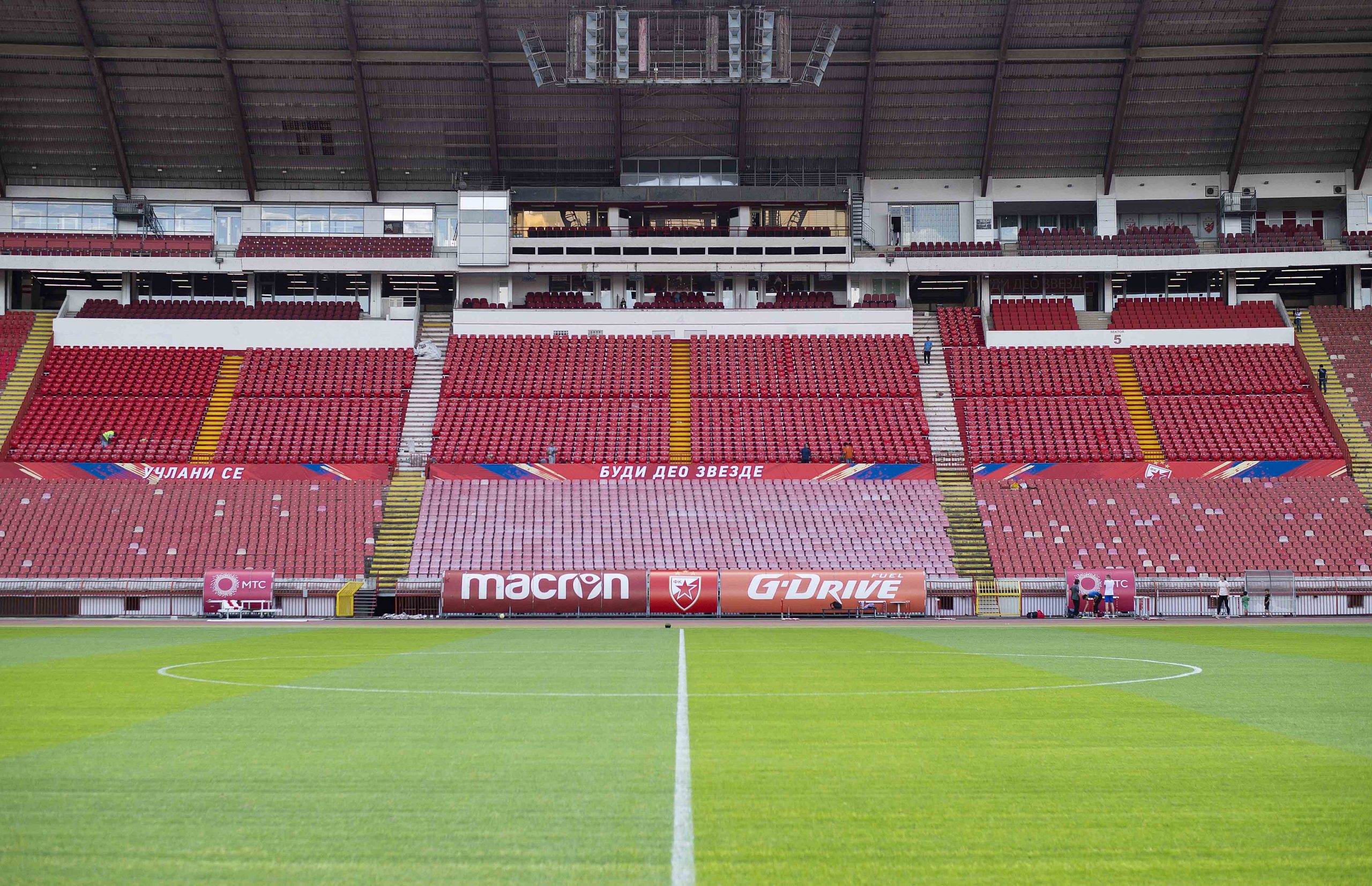 AVANGARD LLC is to supply the home arena of FC Crvena Zvezda, Rajko Mitic stadium, with 3,000 of their ‘Pobeda’ stadium seats. The first shipment having already been delivered to site.

Renamed in December 2014 in honour of the club’s former player and legend Rajko Mitić, the stadium has a seating capacity of 55,538; making it the largest stadium in Serbia by capacity.

The Stadium has hosted numerous international matches at a senior level, including European Cup final in 1973 and UEFA European Championship finals in 1976.

Since the 1980s, every renovation has seen capacity decrease, as Red Star Belgrade adhere to the latest safety regulations outlined by UEFA. The conversion to all-seating in the mid 1990’s for example saw the capacity diminish by just over half to 60,000.

As for the future of the historic stadium, Red Star Belgrade are currently formulating plans to construct a brand new 50,000-capacity venue. Expected to cost anywhere between €450-600m, the design is said to resemble a the shape of ‘star’ with five triangular points.

Avangard LLC was first established in 2004. It is a manufacturing company based in Izhevsk, Russia, specialising in the production of stadium seats, tribunes (including telescopic bleachers), canopies, etc.

The company’s signature achievement to date is that it equipped six of the 2018 FIFA World Cup Russia™ venues with its products, including the biggest one, with 81,000 of their ‘Etalon-M’ seats having been installed at Luzhniki Stadium; the host venue for the Opening and Final games.

Avangard has also supplied chairs and stands at:

Equipment produced by Avangard is installed at central stadiums of Ekaterinburg, Krasnodar, Grozny, Astrakhan, Ulyanovsk, Uchaly, Yoshkar-Ola, Yeysk and others.

Our main goal is to timely produce and install seating facilities according to any Customer’s requests.

Our own production base, modern technologies usage, working with quality materials and new production lines development allows us to achieve maximum efficiency in every project and put a reasonable prices. Application of the efficient design systems and modeling principles allows us to take the leading places both in international exibitions and local contests.

For further information, contact Ilya Grudtsin via e-mail at: avg@skavangard.ru or by Mobile/Cell: +79821238633, or visit the website at: http://www.skavangard.ru

Avangard LLC will be exhibiting (stand #6) at ALSD International – Europe’s one and only event dedicated to the Premium/VIP/Club Seat & Hospitality sector – taking place at Croke Park Stadium this October, where experts from across Europe and North America will be providing insights on how to increase revenues through new builds, renovations and service expansions, as well as via the latest F&B and technology offerings.