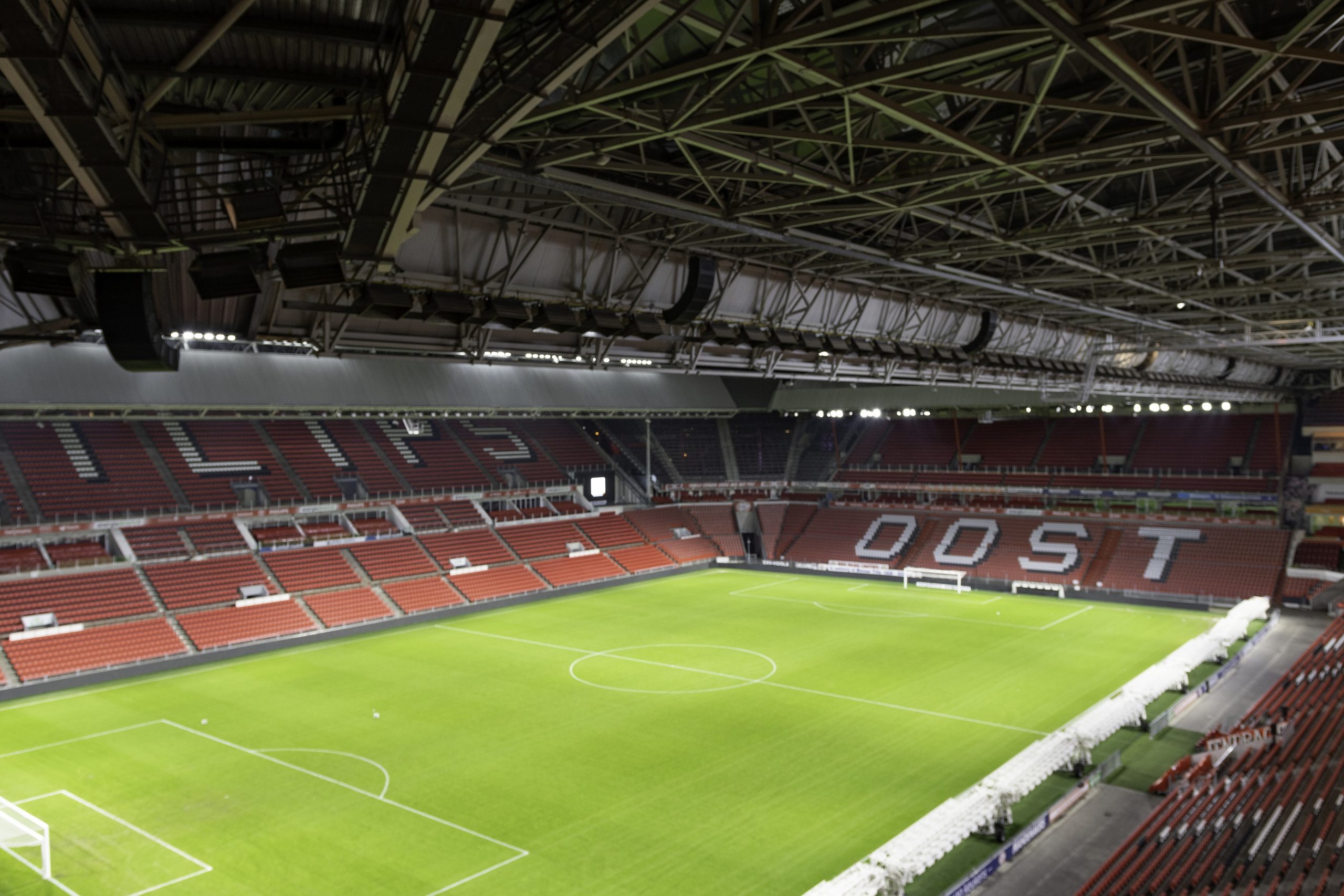 Philips Stadion, home to PSV, one of the top professional soccer clubs in the Netherlands, has become the first venue in the world to install ArenaMatch DeltaQ loudspeaker line arrays and ArenaMatch Utility loudspeakers from Bose Professional.

Audio, video and lighting sales and rental firm Bazelmans AV completed the installation of the Bose loudspeakers at the 35,000-capacity stadium in Eindhoven, Netherlands, in time for kickoff of the team’s first game of the second half of the season early this year.

The design of the sound system was made especially for Philips Stadion. The combination of the latest Bose Professional loudspeakers, power amplifiers and signal processors enables Philips Stadion to play high-quality music via loudspeaker arrays while at the same time delivering clearly audible voice announcements to every seat in the venue.

The new Bose Professional ArenaMatch line of loudspeakers is designed to deliver improved sound quality, consistency, vocal clarity and flexibility to outdoor venues such as sports stadiums, arenas, outdoor entertainment centers and elsewhere. Bose Professional announced the launch of ArenaMatch to coincide with the unveiling of the installation at Philips Stadion. The one-off collaboration with Bose Professional was made possible by an alliance between Heijmans, ABC Finance, Bazelmans AV and PSV.

The design of the sound system was made especially for the Philips Stadion. The sound boxes and equipment are of the highest quality. This increases the perception of the PSV matches held here to Champions League level – the level at which we want to be.