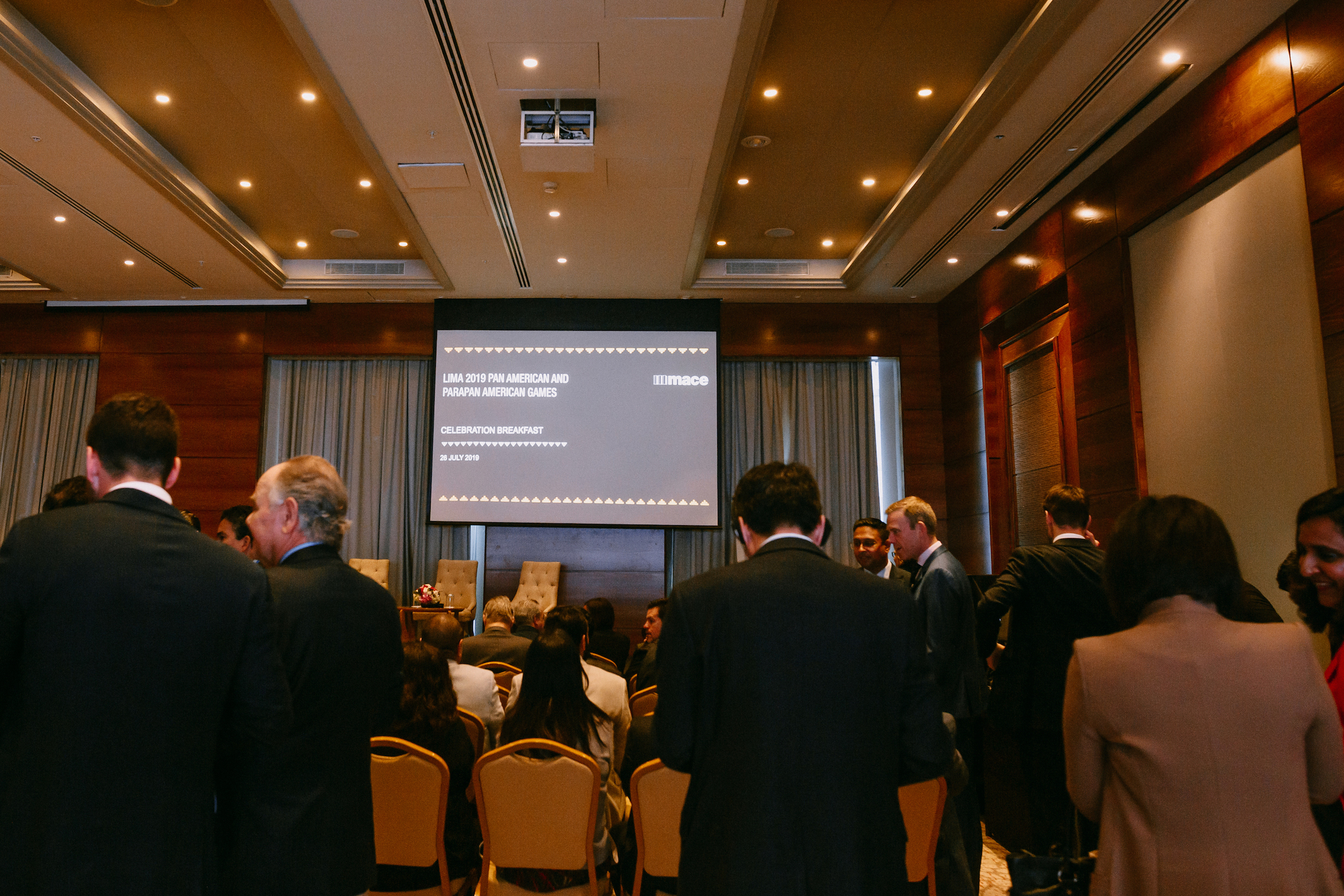 Mace has celebrated the beginning of the Lima 2019 Pan American and Parapan American Games and the successful delivery of the venues for the landmark sporting event at a gathering of over 70 senior industry delegates.

Joined by Kate Harrisson, Her Majesty’s Ambassador to Peru, and Carlos Neuhaus, President of the Lima 2019 Games, Mace’s Chief Operating Officer for Consultancy, Jason Millett heralded the hard work of the UK Delivery Team over the last two years to make the Games a success.

The Mace event was held on Friday 26 July, the date of the official opening ceremony of the Pan American Games, which will run until Sunday 11 August. The Parapan American Games take place after and run until Sunday 1 September. Together, the Games will play host to more than 8,500 athletes from 41 countries across the Americas, and will be held across 22 official venues, of which four core clusters, along with the Athlete’s Village, have been delivered in the last two years by the UK Delivery Team, working with the UK Department for International Trade and the Lima 2019 team.

Mace – alongside Arup and 4global – has formed the UK Delivery Team, selected by the Department for International Trade in 2017 to help Peru deliver Lima 2019 under a ‘Government to Government’ contract.

Mace – a global construction and consultancy company – was responsible for developing and executing the overarching delivery strategy for the core permanent venue infrastructure, establishing and implementing an integrated programme management office function, and supporting the delivery of key venues. It was a role that was crucial to achieving a complex and challenging construction programme across multiple sites in times for the official opening of the Games on 26 July 2019.

The Government-to-Government agreement between Peru and the UK ensured the Games could be delivered on time, on budget and to the very best in international standards. It has enabled us to pilot new and more innovative methods of contracting and project management which has led to a higher numbers of bidders, lower costs and faster project delivery than is normal in Peru.

We’ve also brought in professionals with vast experience of working on major sports events, including the London 2012 Olympics. All of this is having a lasting legacy impact not just in terms of the Games infrastructure, but on how Peru delivers major infrastructure projects in the future. Mace has been, and I am sure will continue to be, a critical part of this work.

At the celebration event, Mace also announced its appointment to provide Latin American advisory firm, El Dorado Investments, with services to support an ambitious public infrastructure programme that will enhance the lives of thousands of people across Peru. The first programme will be a portfolio of schools across the country.

The agreement, which came about following an introduction by the UK Department of International Trade, will see Mace provide El Dorado with Delivery Partner and Programme Management Office (PMO) services for a number of projects being delivered through a pioneering ‘Public Infrastructure for Taxes’ initiative.

The successful delivery of the Lima 2019 Pan American and Parapan American Games is a huge milestone for Peru, the Department for International Trade, the UK Delivery Team and Mace. This tremendous achievement is the result of two years of hard work by the entire team. It couldn’t have been delivered without the wonderful collaborative culture that has developed on the project and across the supply chain here in Peru.

Mace is looking at ways to grow its major programmes and projects offering in the Latin American region and this appointment by El Dorado Investments is a major step forwards for us. It will give us an opportunity to build on the legacy of what we’ve already achieved, working with our partners in the Peruvian construction sector to improve infrastructure delivery across the country and help close the 160billion US Dollar infrastructure gap.

The challenge for the Peruvian economy, and for other countries in the region, is to build first class infrastructure to bring growth and prosperity to their citizens. In this respect, the new model to develop infrastructure for taxes will create an alternative approach to building high-quality public projects, on time and with very competitive costs.

Mace’s experience and track record on programmes like the Pan and Parapan American Games brings us the capabilities to build the infrastructure that our people need and deserve. 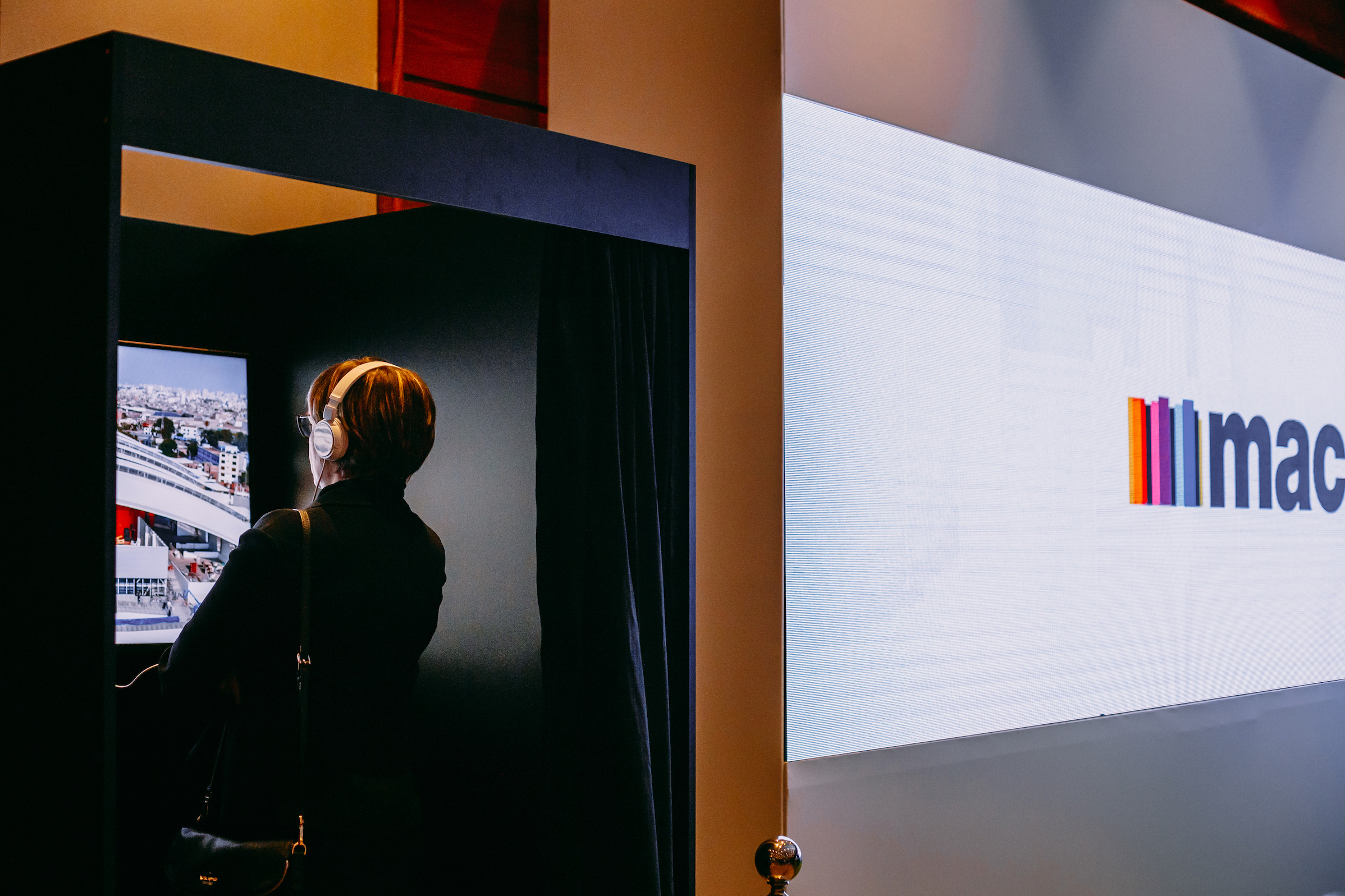