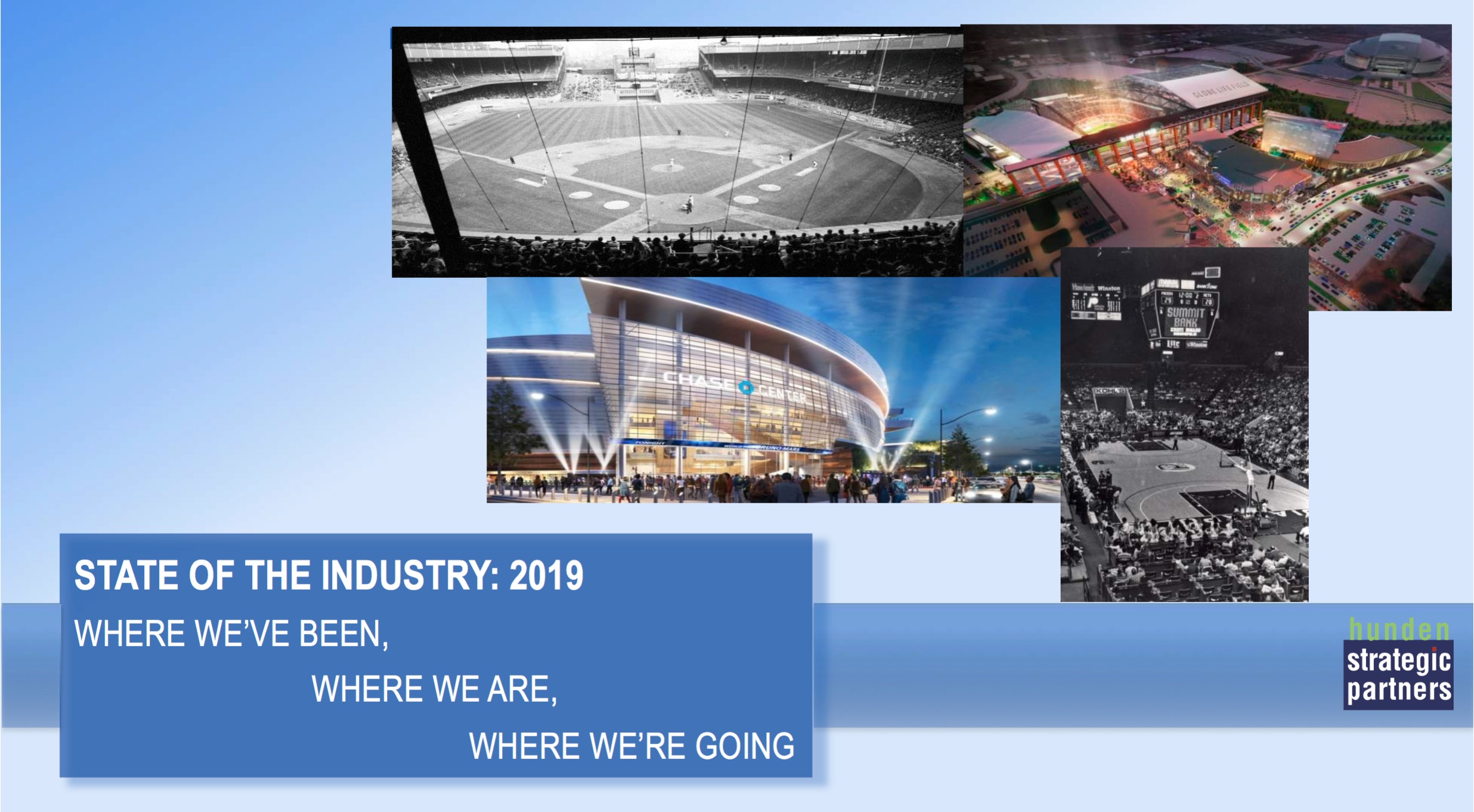 The data shared included statistics on facility development and renovation spending, the average number of new facility builds and the average cost trends.

Some noteworthy findings include:

During his presentation, Hunden went into a deep-dive discussion on trends. In particular, the trend that is helping major sports venues increase relevance and impact, even when games are not occurring: sports-entertainment districts.

The sports-entertainment district has become part and parcel of all good team experiences. It helps the city induce and retain spending that occurs pre- and post-game, as well as 365 days per year. 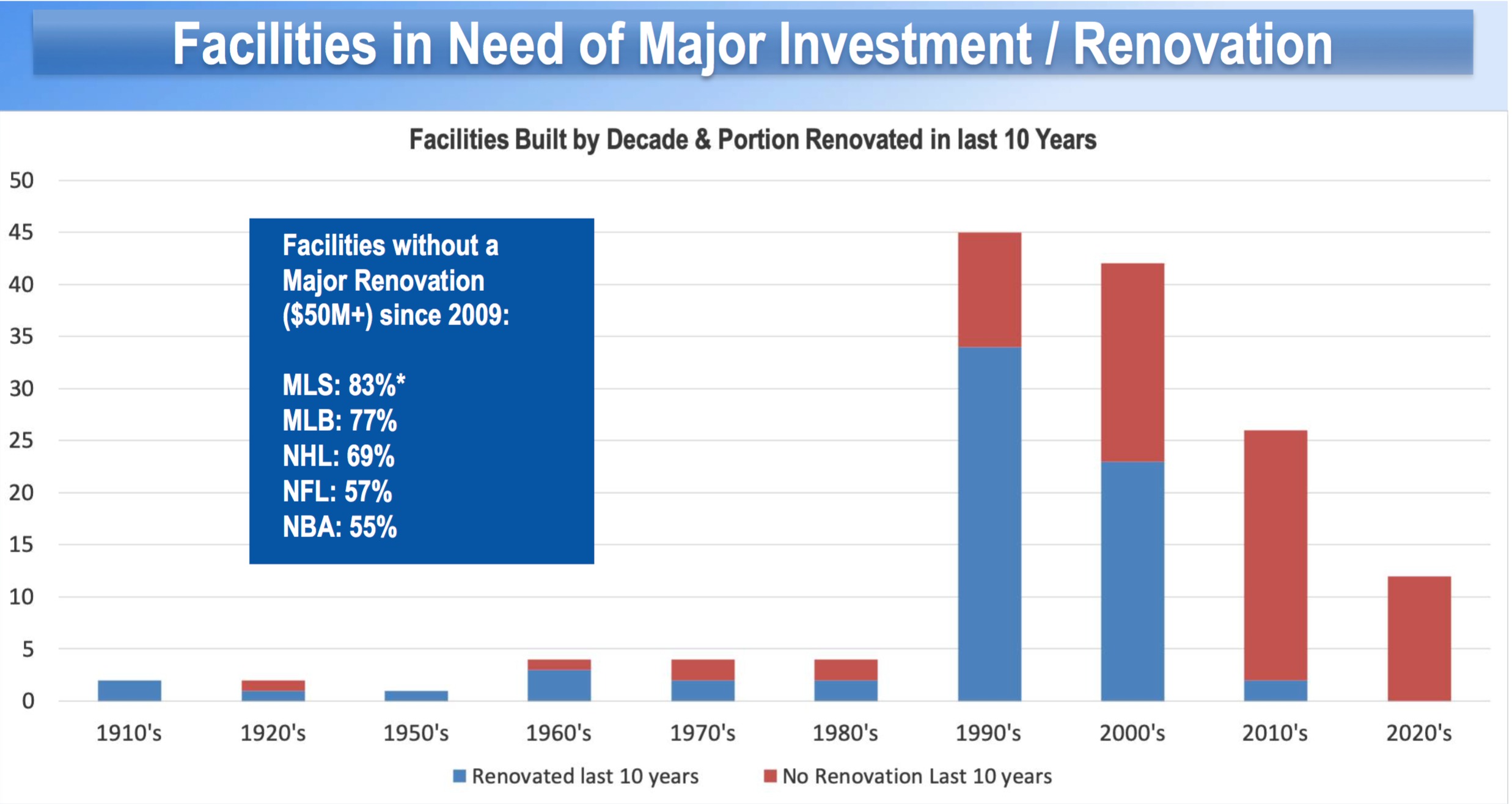 HSP – a full service, national real estate development advisory practice – found that 26 percent of all major league venues have a dedicated sports-entertainment mixed-use district, led by the MLB at 37 percent.

Many other facilities have been built in existing or developing urban districts. Hunden noted that 40 percent of all facilities are located in an existing urban entertainment or major mixed-use districts. Three leagues have nearly 50 percent of their venues in existing districts: NBA, NHL and MLB. In total, two-thirds of all major league venues are located in purpose-built or existing entertainment districts, led by the MLB at 80 percent.

The NFL and MLS are the laggards, with only 50 percent and 41 percent located in entertainment districts, respectively. Several teams are developing their practice facilities in major mixed-use suburban districts, including the Dallas Cowboys and Carolina Panthers.

Team owners and cities have come to realize that their events draw the people and spending that support these districts. The synergy between the facility and district bring economic vitality to both and, in many cases, provide the new taxes necessary to support facility funding. 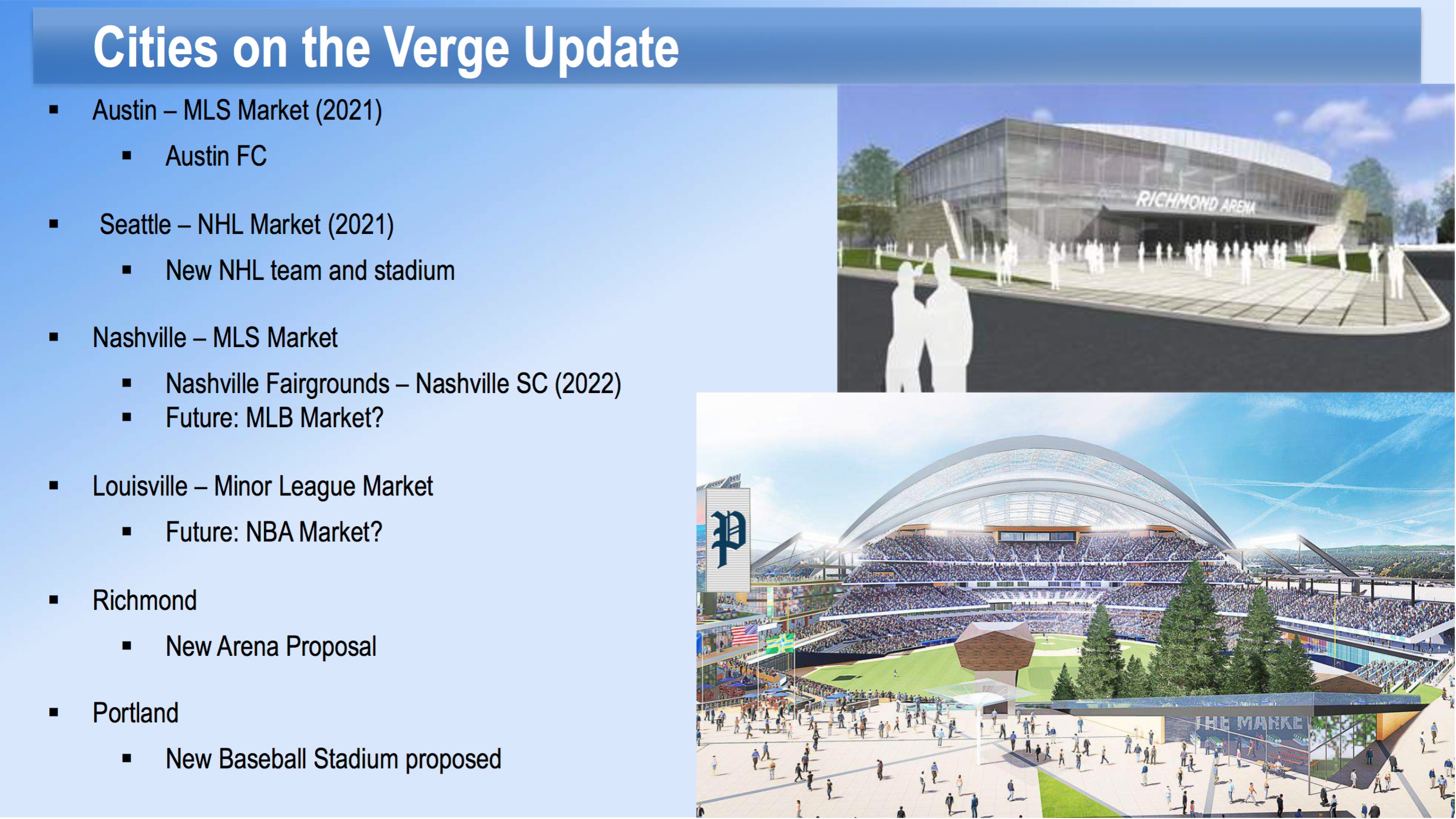 Hunden wrapped his session with a recap of last year’s “Cities on the Verge” analysis, where HSP suggested which cities could support new major league teams. In the past year, several of HSP’s predictions became reality and others saw major movement. Seattle received its NHL team, while Nashville and Austin were awarded MLS teams. Louisville booted its NBA effort while Montreal, Portland and others began to get serious about the MLB. Montreal may even share an MLB team with Tampa, playing the spring in Florida and summer in Montreal. San Antonio has also issued an RFP for a study about whether it can host another major league franchise.

There is never a dull moment in major league sports. HSP currently tracks data on all five major leagues (NFL, MLB, NBA, NHL, MLS) and their facilities. The real estate development advisory practice continues to expand its database to include additional leagues, sports and dimensions of the experience.

We’re also extremely excited to be able to report that Hunden is all set to present the inaugural “State of the Industry” address looking at Europe’s major sports leagues during this October’s ALSD International conference and exhibition being held at Croke Park Stadium in Dublin. 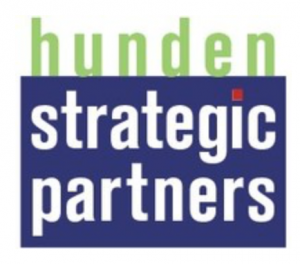 In addition, HSP provides the developer solicitation and selection experience to move projects from concept to funding. HSP’s clients include cities, states, universities, DMOs, authorities and private developers. Hunden has worked on more than 600 studies and US$4bn in open and successful projects in North America.