HomenewsNewsEvent NewsFIFA eWorld Cup 2019 to return to London this August

FIFA eWorld Cup 2019 to return to London this August 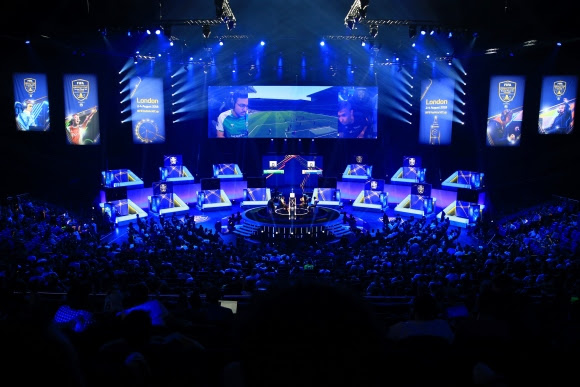 FIFA has announced this week that the FIFA eWorld Cup™ will return to London later this year, confirming that this season’s pinnacle event will once again take place at The O2 from 2 to 4 August 2019.

Having already played host to last year’s final, which saw Mosaad Aldossary crowned world champion, 32 of the world’s best EA SPORTS FIFA 19 players will compete once more at The O2. They will battle it out to become the FIFA eWorld Cup champion and to win a life-changing USD 250,000 in prize money, along with a trip to The Best FIFA Football Awards™.

As a further indication of the growing interest in competitive FIFA, the total prize money for the FIFA eWorld Cup has also been increased compared to last year’s final, and a total of USD 500,000 will be distributed among the 32 competitors.

Building on the profile of competitive FIFA this season, the culmination of this year’s EA SPORTS FIFA 19 Global Series will offer fans an exciting three-day broadcast. Fans will also have the opportunity to experience the excitement and intensity of the broadcasted event at one of the world’s most iconic music and entertainment venues on August 04.

On-site guests will be able to meet well-known faces from the EA SPORTS FIFA scene such as Spencer Owen, Mike LaBelle and others, as well as watch the decisive matches of the FIFA eWorld Cup 2019 live in person.

Regular tickets will provide access for 4 August, including the two semi-finals as well as the final, while premium tickets will additionally offer exclusive access to the after-show party on 4 August and preferred seating. FIFA is proud to work with its worldwide partner Visa and to offer a discounted Visa pre-sale with reduced ticket prices, starting at £10 for regular tickets and £25 for the premium tickets.

Tickets are on sale now on fifa.com/fewc.

After the incredible success of the tournament last year at The O2 in London, we are excited to once again host the FIFA eWorld Cup at such an iconic venue and to create a one-of-a-kind EA SPORTS FIFA event for the community.

With the increased prize money and a world title on the line, the tension will be higher than ever before and will create an incredible atmosphere. This season, we have seen a great appetite for content consumption of the EA SPORTS FIFA 19 Global Series and we are excited to give more fans the chance to witness the greatest competitive FIFA event to date either on-site or at home, as we crown the ultimate champion at The O2 after an exciting season.

About the FIFA eWorld Cup

At the FIFA eWorld Cup 2019, 32 players who qualified via the EA SPORTS™ FIFA 19 Global Series battle it out for the biggest prize of all: the title of FIFA eWorld Cup champion, USD 250,000 and a trip to The Best FIFA Football Awards™.

The event will take place from 2 – 4 August 2019 at The O2 in London and will be open for public attendees on 4 August.