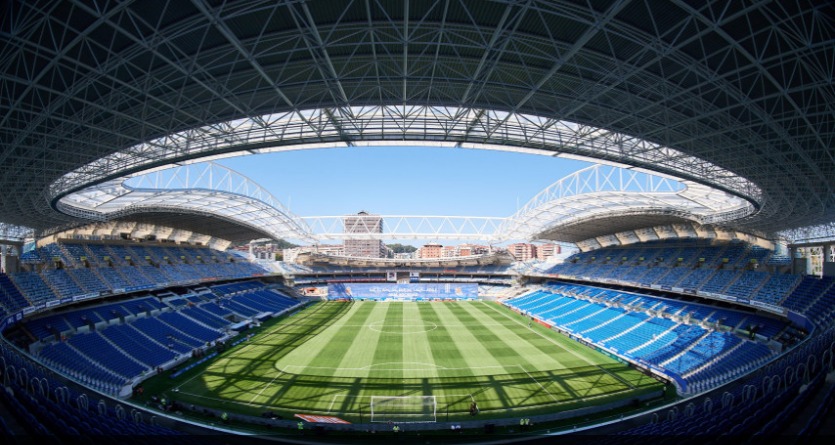 The Spanish city of San Sebastián is already well known for its world-class tourist attractions, however local LaLiga side, Real Sociedad, is set to add to this, with the redevelopment of its Anoeta stadium to create one of the best venues in Spain and another key landmark for the city.

Once the works are fully completed, the new Anoeta stadium will have a capacity of 40,000, an increase of 8,000. Perhaps the most impressive aspect of the redevelopment is the fact that the stands have been moved closer to the playing surface, with the front row now just eight metres from the action, compared to 40 metres previously. But more than this, the new Anoeta has been designed to entice new audiences, be they visiting tourists or members of the local community.

We want the stadium to be attractive not only for one type of supporter. We don’t want it to be just for young people, just for older people or just for families, as we want it to be for everyone. We’re coming up with different types of spaces at Anoeta to ensure everyone is comfortable. We want people to be able to come to the stadium to have a meeting or to come with their children to leisure spaces.

To allow for this growing popularity, access to the stadium is now easier, with 126 turnstiles instead of 66, and with an underground car park of 350 spaces.

Impressively, the majority of the €50m budget has been generated by the club itself. Real Sociedad is enjoying a period of financial security, working with LaLiga to pay off its debt just 10 years after going into administration.

We’ve brought about organised financial policies and LaLiga has helped too, both with their financial controls alongside the growth of the competition. The joint efforts of the club and LaLiga have allowed us to take on a project that seemed impossible back in 2010. Now we’ll be able to enjoy a dream stadium. 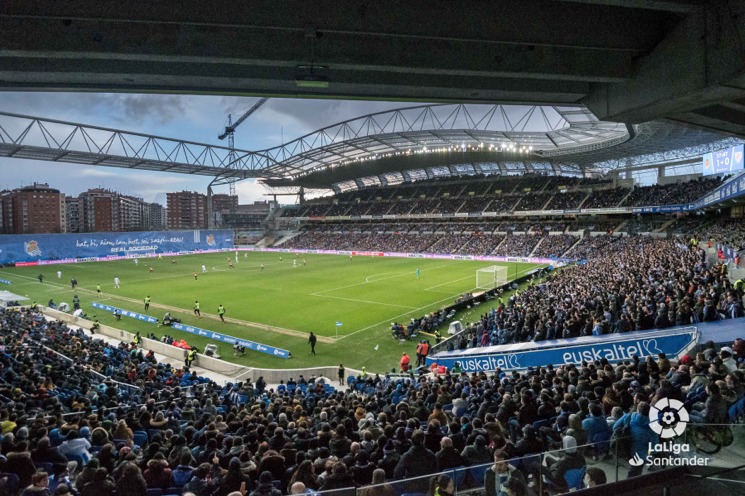 This project has the capacity for further adaptation in the future, as this is a flexible stadium that can take on new ideas as they come up in the future.

For Larzabal, the stadium’s atmosphere will be significantly improved thanks to the moving of the stands closer to the pitch:

Anoeta was very open, so when fans shouted or sung the noise would disappear. Now they’ll be heard.

This, importantly, has been achieved while maintaining most of the existing structure of the stadium, preserving the sunlight that the stadium gets and protecting its drainage system.

The architectural team studied other sporting arenas in order to learn from best practice for Real Sociedad’s own project, incorporating new technology in order to better engage visiting fans.

We’ve worked hard to make this a technologically-advanced facility, with Microsoft as a partner. To begin with, Wi-Fi connectivity will be made available throughout the stadium. 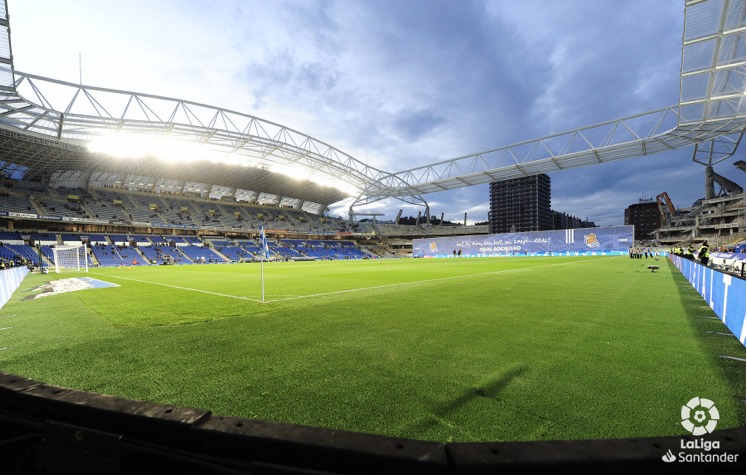 Through a competition called Sport Thinkers Smart Stadium, the club has chosen 11 start-up companies with innovative ideas to improve the fan experience at the new Aneota, as Juan Iraola, Head of IT, explained during a video interview with Sports Venue Business during last month’s World Stadium Congress held at Johan Cruijff ArenA.

The winning companies are currently developing their projects to add another unique dimension to the new-look ground. 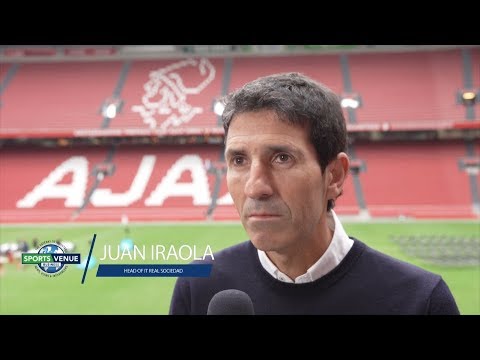 Real Sociedad is the latest club to embark on an exciting new era of redevelopment. Atlético Madrid, Athletic Club and Espanyol have been able to build the Estadio Wanda Metropolitano (2017), San Mamés (2013) and the RCDE Stadium (2009) respectively in recent years, while Real Betis was able to redevelop its Estadio Benito Villamarín (2017). They’ll soon be followed by clubs such as Barcelona, Real Madrid, Celta Vigo and Deportivo La Coruña.

Beyond our own project, these steps forward are important in order for LaLiga to become more and more recognised.

How to increase revenues through new builds, renovations and service expansions, as well as via the latest technologies and F&B offerings, is the focus of ALSD International – Europe’s one and only event dedicated to the Premium Seat & Hospitality sector – coming to Dublin’s iconic Croke Park Stadium this October, 28-29.