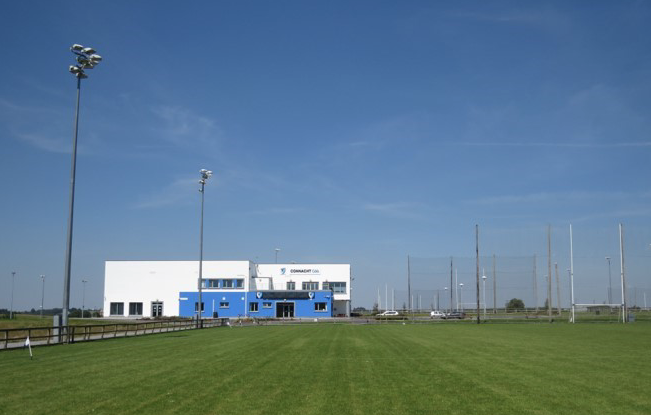 Connacht GAA hope to open a new Air Dome facility at their Centre of Excellence in Bekan this year, with €2.1m of Government funding having already been secured through the Rural Regeneration Fund for the project, which will feature a playing pitch and office space.

Work will commence in July, following the John West Feile na nGael, which is being staged in the west of Ireland, and it is envisaged that the air dome will take five months to construct.

The dome will be 150 x 100 metres and the playing surface will be the same as Castlebar. It will be 26 metres high. The main focus of the Dome will be to have a facility that all clubs and counties can play and participate in Coaching and Games. That will be based around our six key areas – Youth Games Opportunities, Child Games Opportunities, Academies, Schools Initiatives, Cul Camps, Learning and Development. All these initiatives will then be implemented in the clubs and counties around the province.

A minimum of 600 spectators will be catered for at the new venue.

Connacht GAA Secretary, John Prenty, is encouraged about the development:

We’ve had a number of FBD League fixtures played here in terrible conditions, if we had the dome we’d have played them inside.

There will be 600 seats inside minimum. We will move all the day to day working of Coaching and Games Development into the facility. It has huge potential.

This isn’t going to be any financial burden on the counties or clubs in Connacht. The day it is opened it will be paid for.

Croke Park Stadium, the 82,300-seat home of the GAA, will host the 2019 edition of ALSD International, Europe’s leading event for the Premium Seat and Hospitality sector, this October 28-29. Industry experts from across Europe and North America will come together to discuss increasing revenue through new builds, renovations and service expansions, in addition to the latest F&B and technology offerings.