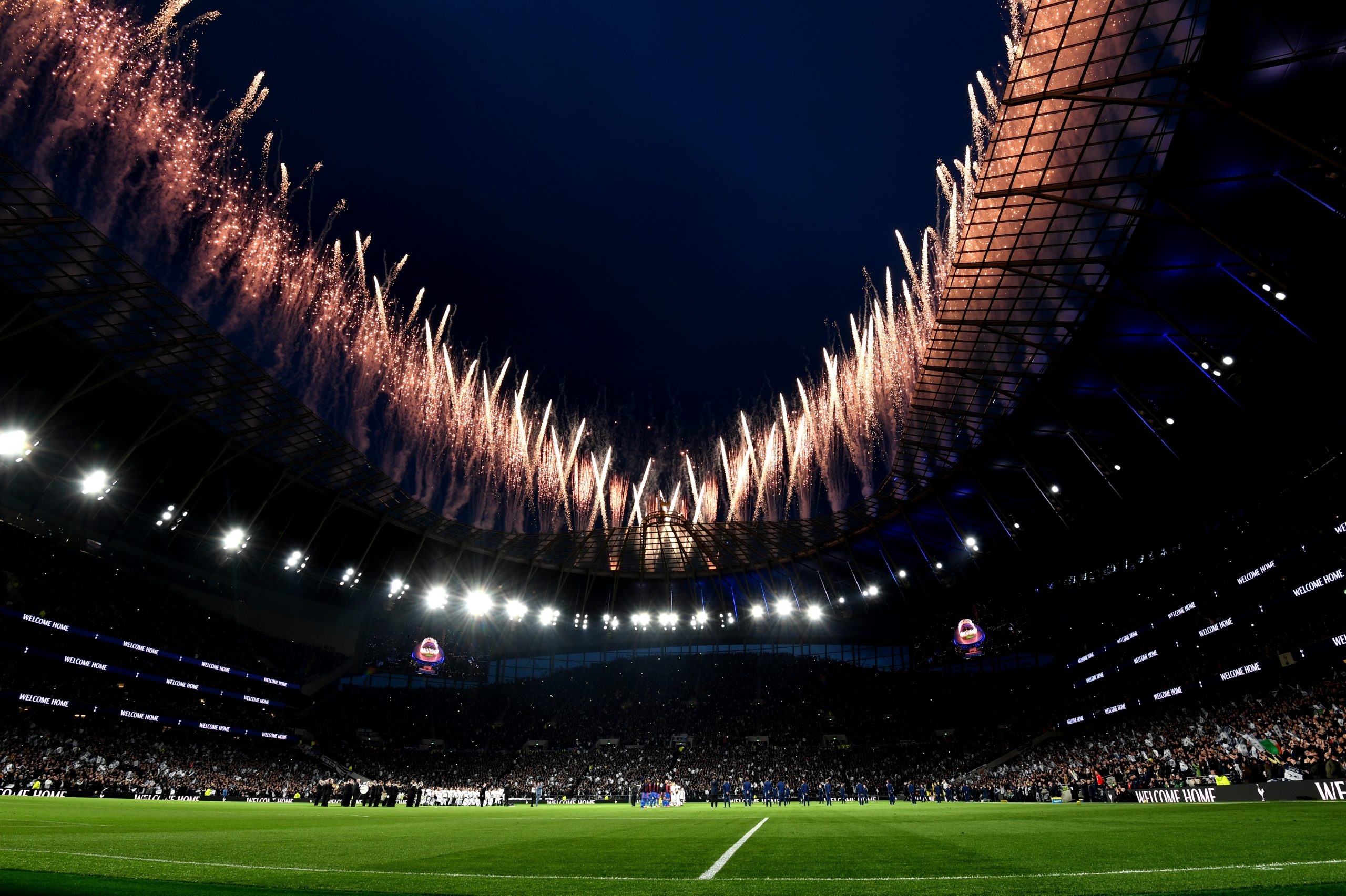 Tottenham Hotspur celebrated the opening of one of the most technologically-advanced stadiums in the world earlier this month, designed with technology incorporated into the fabric of the building and its wider campus.

As the UK’s best connected venue, the New Spurs Stadium benefits from technology at its very core, delivering an enhanced fan experience through free high-density Wi-Fi and mobile coverage in all areas. This is all thanks to a strategy developed by the Club alongside the world’s leading independent wireless advisory firm, Real Wireless, and some of the world’s top communications equipment suppliers and installers.

Tottenham Hotspur’s vision has been to create the finest stadium anywhere in the world for fans, visitors and the wider community, delivering a major new landmark for London.

The Club also aspired to create the best-connected stadium in the UK – an aspiration it has now achieved. There are world-class mobile voice and data services designed and installed by Shared Access for customers of every UK operator – Vodafone, O2, EE and Three – as well as wireless emergency and support services, Wi-Fi and technologies for broadcast and event use. This is an offering unmatched by any other UK sports stadium.

Creating an enhanced mobile infrastructure is a major part of our aim to create a truly world-class venue, allowing our fans to be connected at all times. This system is revolutionary, transforming the way we connect with our fans and staff.

Real Wireless was engaged by Tottenham Hotspur Football Club in 2013 to help develop its strategy for wireless communications in the new stadium. The brief was to ensure that the stadium design that was emerging from architects Populous included provision for all the wireless services necessary to deliver the best-connected experience for fans and operational staff in and around the stadium.

That meant all wireless technologies. Not just 2G, 3G and 4G mobile (and the ability to support 5G when it arrives), but PMR for support services, TETRA for emergency services and Wi-Fi – technically architected, supplied and deployed by the Club’s official enterprise networking partner, Hewlett Packard Enterprise (HPE). In addition, there needed to be support for technologies such as satellite that may be required for broadcast and event use.

Multi-operator and multi-technology capability were not the only considerations. Sufficient space, power and air conditioning needed to be made available in the building design to accommodate the mobile operators’ equipment and the various elements of equipment required for a distributed antenna system (DAS). In addition, as part of the stadium IT infrastructure build, containment and fibre for the mobile system needs were incorporated in the design package from the very beginning. This was seen as essential to guarantee an efficient mobile deployment.

The design of the new stadium incorporates key features with a fully-integrated technology infrastructure supported by an ecosystem of partners that have invested with the Club to build out the technologies created.

The seating bowl design for 62,062 fans gives an indication of how much careful planning has gone into this process. Mobile services to the bowl are provided by antenna located in discreet positions within the roof structure. Crowd movement and building layout are key factors in the sectorisation of the design. Similarly, the stadium will host a range of non-sporting events, including concerts, where pitch coverage is required.

At the core of the new system is a fast, scalable and resilient network, designed to facilitate an enhanced visitor experience and enable operational efficiency through centralised systems control and management. The system comprises:

The hardware that enables this is comprehensive – and extensive. This extraordinary array of essential hardware – all integrated into the design of the building – includes:

The Club, its equipment suppliers, Real Wireless and the stadium architects collaborated to ensure that the aesthetic aspects of the new stadium would not be undermined by wireless infrastructure. At the same time, the Club wanted to guarantee the highest-quality service possible to all users of wireless devices from the moment they enter the stadium.

Industry engagement throughout this period was important – not least the need to encourage all UK operators to participate. The Club had many meetings with the UK’s four mobile operators, as well as neutral host companies, to help guide them towards a mobile solution that would meet its ambitions. It was eventually decided that the complexity of the design and build of the mobile system in a stadium under construction would require the services of a neutral host company. The Club selected Shared Access Limited to carry out the detailed design and system integration.

The role of Shared Access Limited was to design and build the system to the specification of the Club and create a commercial platform that would allow all mobile operators to deploy all their current technologies. In addition, the system needs to be capable of supporting 5G when it is ready to be deployed by the mobile operators.

Our brief was to design and build the system to enable mobile voice and data capabilities across the new stadium and, as a neutral host company, to carry out the detailed design and system integration. The result is a connected experience for everyone that sets the bar at its highest-ever level for stadium-based communications systems.

Today, not only does the infrastructure support the fan experience – it is an operational asset that allows the Club to optimise its business operation. For instance, as well as 100% wireless coverage and mobile connectivity with all four operators, Bluetooth beacon technology was installed with HPE, enabling the Club to engage with fans through its new Spurs Official app that enables wayfinding and proximity marketing to maximise the fan experience at the stadium.

We were delighted to be asked to apply our skills as the world’s leading independent wireless advisory firm to making this ground-breaking new system a reality. We applaud the vision of Tottenham Hotspur to address this at an early stage in the stadium design process and the Club’s ambition to bring stadium communications into a new and exciting era.