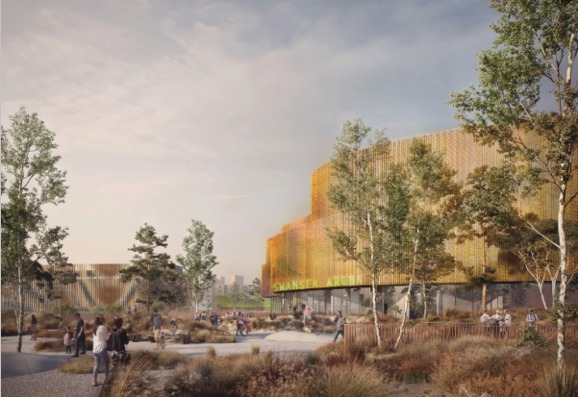 One of the UK’s most respected contractors is to help deliver the £120m Swansea Central Phase One transformation, with Buckingham Group Contracting Ltd having been appointed by Swansea Council as the principal contractor under a pre-construction services agreement (PCSA).

The PCSA will see Buckingham undertake pre-construction services including detailed design, costings and essential preparatory work on the expansive city centre site. The contract was awarded after a competitive tender process.

The early work will prepare the project and site for the main build phase due to start in late summer this year, with the transformation due to be completed in 2021.

Buckingham Group Contracting have an outstanding record in successfully delivering major high-profile schemes. Having a company of this calibre working in collaboration with us is another statement of intent; this will be a world-class transformational scheme that will be a catalyst to making Swansea a great 21st century city.

Swansea Central Phase One will bring a bright new modern focus to our city; it will mean new opportunities for local people, businesses and major investors. Other regeneration will follow. We have developed a strategy with Buckingham to offer packages of work to sub contractors and trades, many of whom we hop will be local so the benefits of this significant investment will stay within the local economy.

We are delighted to have been selected to work on this incredibly exciting scheme. Our experience of working on major projects means that we’re confident of delivering high-quality work over the next six months. We will be committed to delivering the highest standards that this initiative, the people of Swansea and the site’s neighbouring residents and businesses deserve.

The owner-managed business, dating back to 1955 and formally incorporated in 1987, is a well-established main contractor, undertaking major multi-disciplinary construction projects throughout the UK and Ireland. This includes the design and construction of the £34m Copper Box London 2012 Olympic Handball Arena. The legacy conversion into a Multi-use Arena provides a 7,500-seat capacity indoor sports facility open to the general public.

Their Swansea work over the next six months will take place on the ground-level car park next to the LC leisure centre and – on the opposite side of the main Oystermouth Road – in the ground-level temporary St Mary’s Car Park. The LC car park will, in due course, be the site for the arena and a new two-storey car park with rooftop coastal parkland.

The council is working with development manager Rivington Land to deliver Swansea Central. The architects are ACME, an international practice with offices in London, Berlin and Melbourne.

Swansea Central Phase One has planning permission. The decision followed consultation that showed widespread public and stakeholder support for the plans. It is due to be part-funded by the £1.3bn Swansea Bay City Deal – an investment in 11 major projects across the Swansea Bay City Region, subject to the approval of business cases, with funding from the UK Government, the Welsh Government, the public and private sectors.