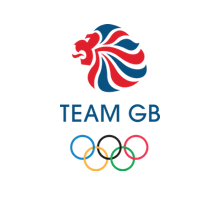 We’re delighted to bring you details on the latest Job of the Week – powered by GlobalSportsJobs – which is for a Chief Executive at the British Olympic Association (BOA).

The British Olympic Association (BOA) is the National Olympic Committee (NOC) for Great Britain and Northern Ireland, with responsibility for the conduct and management of all Olympic-related activity in those countries. The BOA’s primary responsibility is to select, lead and support Team GB on their journey to and during, the Olympic Winter Games, the Olympic Games, the Youth Olympic Games and other IOC designated events, including the European Youth Olympic Festivals and the European Games.

The British National Governing Bodies for Olympic sport comprise the membership of the BOA. The BOA seeks to support and serve this membership by being a strong, independent and credible voice of British Olympic Sport within the UK and internationally.

The BOA’s Board of Directors is made up of elected representatives from the Olympic sports, as well as International Olympic Committee Members, Independent Non-Executive Directors and the Chair of the BOA Athletes Commission. The BOA is an independent and privately funded organisation that relies mainly upon the income it receives from commercial programmes as well as fundraising and events.

The BOA Chief Executive Officer reports directly to the Chairman and is a member of the BOA Board of Directors. The CEO will have overall accountability for the day to day operations of the BOA, providing leadership to the organisation in its delivery of the agreed strategic objectives. Key areas of focus include:

The successful candidate will have substantial experience of operating at Board level including a demonstrable track record of playing a leading role in an organisation in a fast-paced environment.

The British Olympic Association’s (BOA) mission is to transform British lives through the power of the Olympic values and the success of Team GB.