NSWRL’s premier competition is set for its most exciting season yet after unveiling footy apparel giant Canterbury as the new naming rights partner for the Canterbury Cup NSW and a five-year deal to play the Grand Final of the competition at Bankwest Stadium in Western Sydney.

The deal will see Bankwest Stadium host the Grand Final of the Canterbury Cup NSW and three of its other major competitions – Jersey Flegg, Ron Massey and Sydney Shield.

Details were announced today (Thursday 7 March) at the official launch of the 2019 season for all nine competitions managed by the NSWRL, with the Canterbury Cup NSW, Sydney Shield and Ron Massey Cup kicking off on Friday 15 March.

NSWRL Chief Executive, David Trodden, said it was exciting for the NSWRL to use the new state-of-the-art Bankwest Stadium to host the Grand Finals of the Canterbury Cup NSW, Jersey Flegg, Ron Massey and Sydney Shield – for the next five years:

Bankwest Stadium is a world-class facility that will bring fans closer to the action than they’ve ever been before. It is regarded as the new home of sport in western Sydney and it’s an appropriate venue to host the Canterbury Cup NSW Grand Final which has thrown up plenty of thrilling contests.

Canterbury Cup NSW Grand Final Day has become a special day on the Rugby League calendar and it will be bigger and better than ever in the 30,000-seat Bankwest Stadium. This is a Stadium that has been built for the fans and the event experience is going to be exceptional. Fans will immediately notice how close their seats are to the action and the steeper grandstand design, but there are a number of other initiatives that will make a day at the footy easier and a lot of fun.

The NSWRL season kick-off is upon us and we will watch the action with great interest knowing it will ultimately end with Grand Final Day at the new Bankwest Stadium in September. 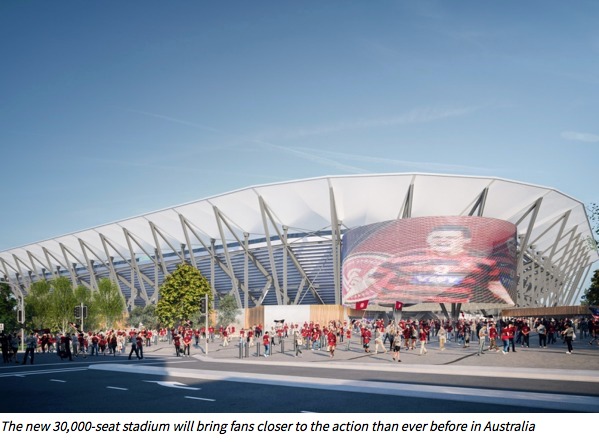 The decision by Canterbury to join forces with the NSWRL for the premier competition in the state represents an historic move as it is the first time a traditional apparel partner has sponsored the naming rights of a competition.

The Canterbury Cup NSW goes from strength to strength every season and this new partnership with Canterbury reflects that. It has proven to be a wonderful breeding ground for some of the rising stars of Rugby League and the games are traditionally high-scoring and entertaining contests. We expect 2019 to be the best season yet for the Canterbury Cup NSW and I can’t wait for the opening round to kick off.

NSWRL Head of Commercial and Digital, Jodie Cross, said the NSWRL was thrilled to extend their partnership with Canterbury after their involvement with the Brydens Lawyers NSW Blues in 2018:

This is the first time in Australian sport that a traditional apparel partner has sponsored the naming rights of a competition. NSWRL pride ourselves on being innovative and we think this partnership is a real innovative marketing approach. Canterbury is a strong international footy brand and we are thrilled to extend our partnership with them.

Canterbury produced an innovative skin-tight jersey design that contributed to the first NSW State of Origin series success since 2014 and have also designed an alternate strip the team will use for the second game of the 2019 series in Perth.

The Canterbury Cup is the premier rugby league club competition in NSW, with a passionate grassroots following. We are delighted to be naming-rights partner at this level. This competition is a crucible for our future stars to take the next step in to first grade.

This partnership is Canterbury living its mission of ‘doing everything for the game’. We want to be there for ‘every season, every position, every training need’ to be ‘everything for footy’. 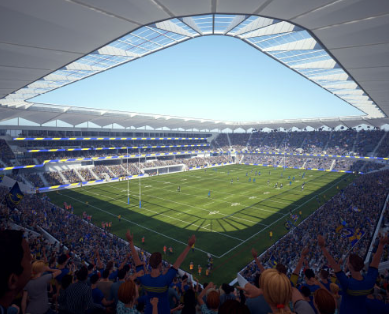 The opening round of the Canterbury Cup NSW will see South Sydney Rabbitohs – who are making their return to competition in their own colours for the first time since 2006 – against their former feeder club and fellow foundation club, the North Sydney Bears, on Sunday, 17 March.

Trodden said the NSW Cup reached more fans than ever before in 2018 with more than 2 million viewers tuning in during the season to watch matches on commercial broadcaster Channel Nine and pay TV network FOX Sports.

The return of the Rabbitohs is exciting for all Rugby League fans, with matches scheduled against other foundation clubs at iconic grounds including the North Sydney Bears, Newtown Jets and Western Suburbs Magpies. The 2019 season is shaping up to be our most exciting ever.

The 2019 Canterbury Cup NSW will kick off with last year’s grand finalists Newtown Jets heading to McDonald Jones Stadium to face the Newcastle Knights on Friday 15 March. Other highlights include:

Round 7 – Respect Round, coinciding with the start of the NSWRL Junior League season.

Round 10 – Magic Round: two triple-headers of Intrust Super Premiership NSW games to be played at Henson Park and Panthers Stadium.

Round 19 – Beanies for Brain Cancer Round: the annual drive to raise funds and awareness for the Mark Hughes Foundation.

This follows hot on the heels of last month’s news that Western Sydney Wanderers FC has signed a long-term agreement with Bankwest Stadium to become its new home from the 2019/20 season, with the club to play all 13 home matches here.

The Wanderers’ first game at the brand new stadium will be against English club Leeds United on Saturday 20 July.

The new Bankwest Stadium will officially open with a Community Open Day on Sunday 14 April. Fans will be able to experience the unique stadium design, including the proximity of seats to the pitch, steeper grandstands and 360-degree views from the concourse.

The agreement will see the Wanderers play all home matches in the Hyundai A-League, FFA Cup (from the quarter-finals stage) and future AFC Champions League games at their new home ground in the heart of Parramatta. While the Wanderers Westfield W-League team will also play matches at the venue from next season.

Wanderers Chairman, Paul Lederer, said the agreement is a game-changer for the club:

This has been many years in the making and we are delighted to return to our home ground from next season. We left no stone unturned to get the right deal for our members and fans and we are extremely thankful to the NSW Government for building this venue with football fans in mind. 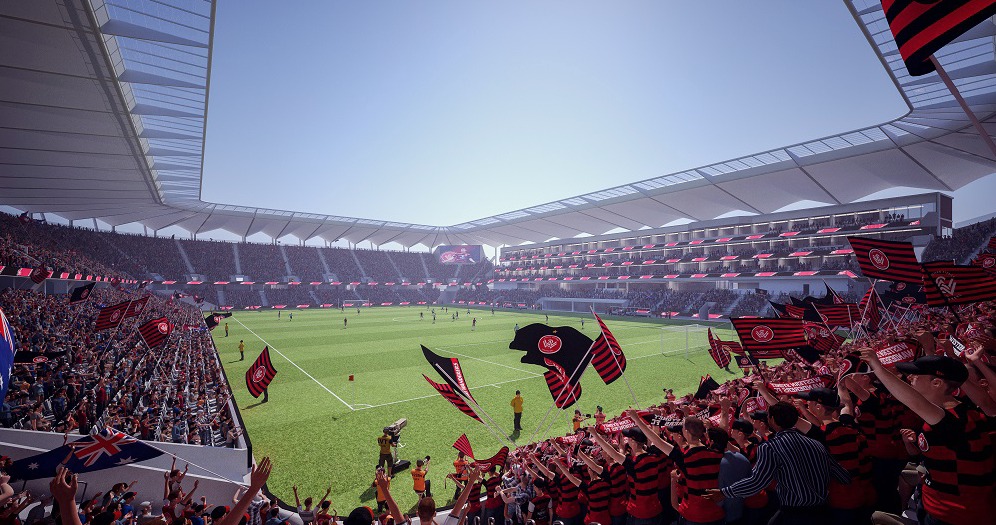 Bankwest Stadium is a new 30,000-seat stadium in Parramatta made for the fans.

The Stadium’s operator, VenuesLive in conjunction with Venues NSW, sporting clubs and codes and entertainment promoters, envisages a range of events that will engage communities across NSW. Bankwest Stadium will drive visitation to Western Sydney, as well as showcase the best of the major sports, rugby league, football and rugby union.

The new stadium will feature the steepest grandstands in Australia. Bringing fans close to the action and creating an awesome live event experience.

LendLease is the design and construction partner on the project, with Populous managing the stadium design, and Aspect Studios responsible for the public realm surrounding the venue.

Bankwest Stadium will contribute to the local economy. Generating approximately 1,200 jobs during construction, and between 600 and 900 jobs once operational. Due to open in April 2019, the stadium is set to be the heart of sport and entertainment in Parramatta.