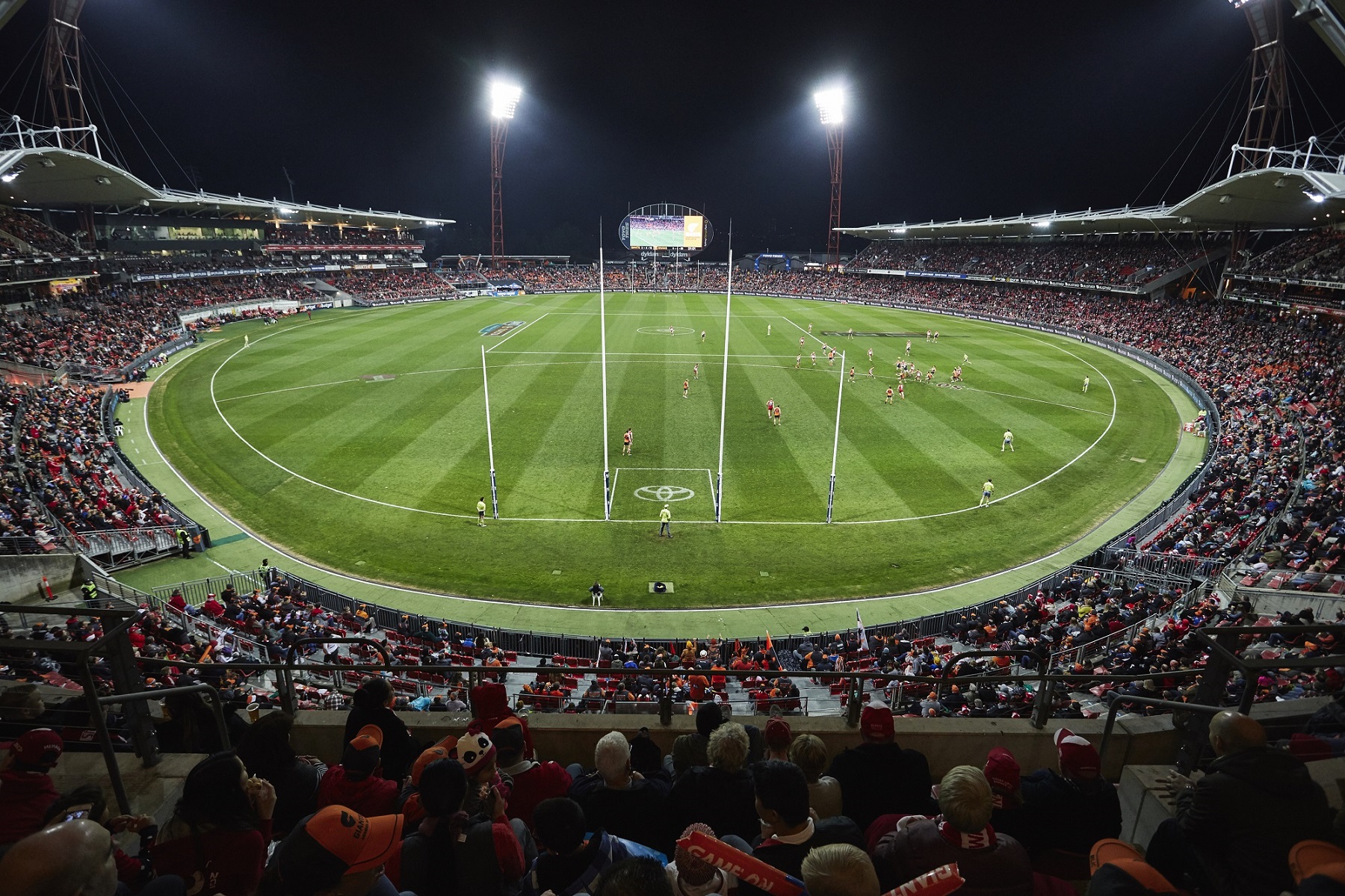 Spotless Stadium will provide a nostalgic flashback today as it reverts back to the name it carried during the Sydney 2000 Olympics, Sydney Showground Stadium.

The 24,000-seat multi-purpose venue has been the heart of Western Sydney entertainment for many years and is known for hosting a variety of world-class sporting and music events year-round at the Sydney Olympic Park location.

Most notably, Spotless Stadium, or Sydney Showground Stadium as it is known once more, has been home to events such as X Games Sydney, Nitro Circus and HSBC Sydney 7s, while it has also been announced as the host of the ICC Women’s T20 World Cup Cricket Opening Celebration in 2020.

The venue, which has been named the ‘Number 1 Stadium for fan experience’ for four consecutive AFL seasons, is proud to be home to the AFL’s GWS Giants and Sydney Thunder Big Bash Cricket.

Voted by visitors as one of the best stadiums in Australia, the venue hosts everything from major sporting events and concerts, to festivals and corporate entertaining.

A recent extensive upgrade throughout, at a cost of A$65m, has created a top-quality facility with brilliant audio and acoustics, along with a full range of amenities.

Sydney Showground looks forward to the future of the Stadium and will be announcing its new naming rights partner in the coming months.