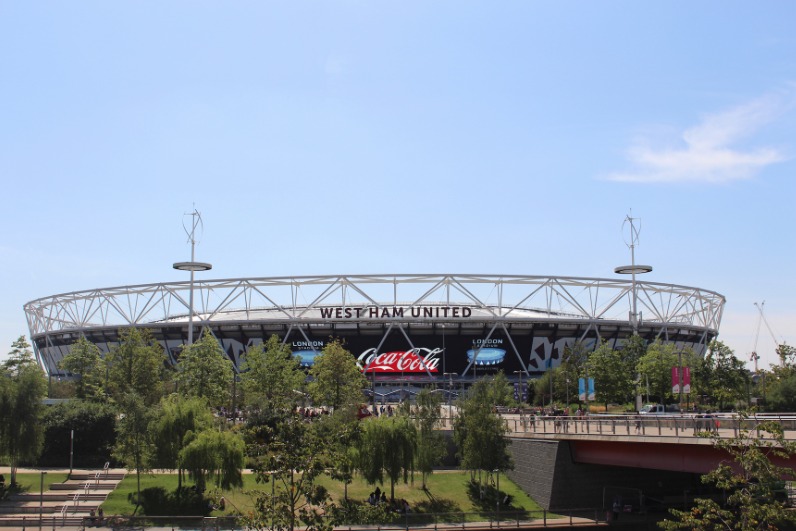 West Ham United and London Stadium have revealed they are currently exploring some changes, which they believe will improve the seating and experience of supporters in the Sir Trevor Brooking and Bobby Moore Stands by bringing  fans closer to the action.

In line with the Club’s commitment to ensure the best possible matchday experience for fans, it is working with Stadium management on a consultation on the proposed changes.

The concept, which has initially been presented to a meeting of West Ham United’s Official Supporters’ Board, will bring the vast majority of fans in the lower tiers of both stands closer to the pitch, many by more than four metres, with the stand being squared-off in line with a more traditional football stadium configuration behind the goals.

The first step in this process has been for the Club to write to supporters who currently hold a Season Ticket in these stands advising them of the intention to explore the opportunity further and the Club is committed to keeping supporters fully informed throughout the process.

The primary goal of the project is to improve the overall fan experience inside London Stadium, in line with feedback from supporters, and in doing so move thousands of supporters closer to the action. It is also quicker and more straight-forward to install and remove, increasing the availability of the Stadium for events throughout the summer, as well as reducing the annual costs of operating the multi-use venue.

Last year I re-stated the Club’s commitment to supporters that we were constantly working hard to continue to enhance the matchday experience at every level. My team and I have been working hard in the background with Stadium management, mindful that seating is something supporters wanted us to explore and we have listened.

Following positive feedback on the initial concept we are pleased that we are now in a position to be able to move forward. As part of the process it is important, first and foremost, that we consult with fans currently in those stands on any proposals and have already started that process. The Club and Stadium are committed to working together to ensure we have a home that our fans deserve and can be proud of.

We are pleased to have a proposal which brings fans closer to the pitch which we know is something the supporters and Club want. The atmosphere at the Stadium has been fantastic this season and this layout will help build on that momentum.

It will also be another important step in getting the most efficient seat moves. This is a multi-use Stadium bringing major global events to London such as Major League Baseball, athletics and international music stars which, along with Premier League football, benefits the local and city-wide economy. This is a further example of the efficiencies and improvements we are driving to create a sustainable business for the long-term.

We continue to work closely with West Ham United, our main partners, so we have a Stadium that meets everyone’s needs.

All supporters who could potentially be affected by the proposed changes will be contacted by the Club in due course.