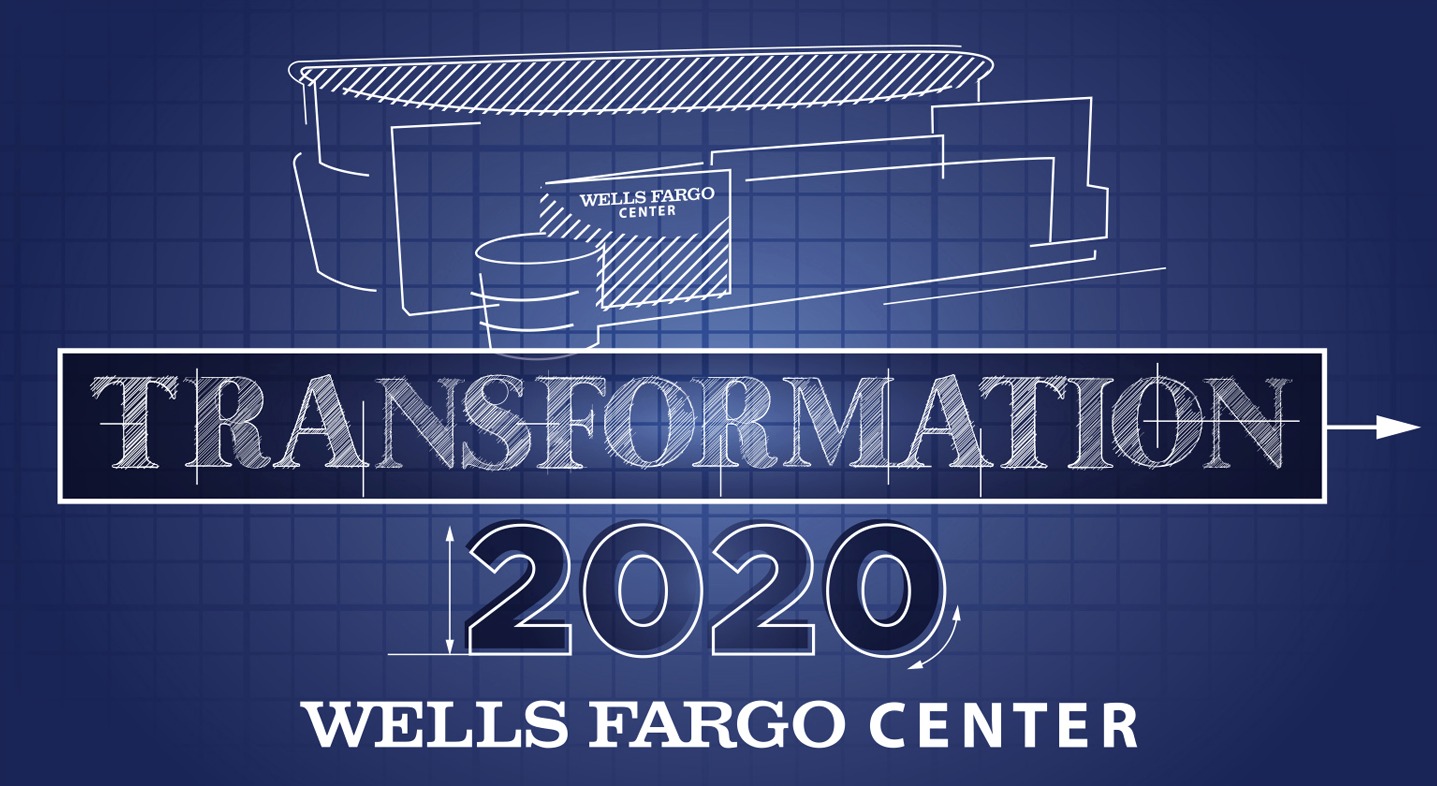 On the heels of last week’s Kinetic 4K Scoreboard unveil, Comcast Spectacor today introduced the next chapter of “Transformation 2020” advancements that are reshaping the Wells Fargo Center’s live event experience.

The next phase of the US$250m, multi-year initiative surrounds significant upgrades throughout the arena’s Main Concourse level, which will deliver an impressive and energising welcome to every guest who enters the venue. To be completed by the Autumn/Fall of 2019, the next wave of enhancements embody the largest investment and most impactful improvements since the Wells Fargo Center first opened its doors in 1996.

Among the many exciting developments include a re-conceptualised approach to dining and social interaction throughout the arena’s Main Concourse level, 8,000 brand new seats within the lower bowl, a concierge-style box office and a dynamic LED video and lighting system that reacts in real time to carry the energy of the game to every corner of the Wells Fargo Center, including the concourse.

We’re thrilled to introduce another set of major enhancements as part of our ‘Transformation 2020’ initiative. The Wells Fargo Center is Philadelphia’s home for excitement, where our favourite athletes and artists perform amazing feats. Our arena upgrades are designed to match the excitement on the ice, court, and concert stage—lifting the fan experience to a higher level.

The culinary scene within the Wells Fargo Center’s Main Concourse level is set for a major upgrade. Whether a guest is in the mood for an upscale offering or a traditional fan treat, the reimagined dining experience will offer something for everyone. Drawn from Philadelphia’s blossoming list of topnotch eateries and gastro-pubs, new and returning favorites include: P.J. Whelihan’s, Lorenzo’s Pizza, Shake Shack, Chickie’s & Pete’s, Federal Donuts, Campo’s, Chick-fil-A and more.

Perhaps the most noticeable enhancement will be the expansion and redesign of the Main Concourse level’s central plaza, which will transform to adopt a “bistro meets marketplace” feel. An additional 4,000 square feet of open concourse space and an abundance of new seating will make way for an expansive social gathering area where all guests can enjoy a myriad of dining experiences.

The new open hall concept, styled after some of Philadelphia’s historic public markets, will feature a robust menu of options to match every taste. Uniquely Philadelphia and on-trend menu items from a new flex kitchen will have the ability to modify offerings event-to-event in order to provide an enriched and ever-changing dining experience. The unique space will also feature a “grab & go” craft beer boutique with an extensive list of local brews in an industrial atmosphere. The makeover will also include a large, redesigned pub-style bar where Philadelphians can socialize and celebrate victories.

The Concourse club area, to be situated alongside the arena’s eastern corridor, will also have a completely new look and layout. Centred by a full-service bar with modern, industrial finishes, this space will be an inviting destination for fans to enjoy a drink or a bite to eat.

In addition, more than 15,000 square feet of LED video technology throughout the concourses on every level, along with menu boards, game action screens and rotating signage, will be integrated to react instantly to action on the ice or court, allowing fans throughout the arena’s farthest reaches to experience and celebrate major moments. Fans on the concourse will no longer have to wonder what just happened when they step away from their seat and hear the arena erupt. The concourse will come alive to match the action unfolding inside.

The all-new seating in the lower bowl, which accounts for 40% of the arena’s total capacity, will deliver an upgraded level of comfort to those who choose to sit during live events. The lower bowl’s new seats will match the models installed on the Mezzanine Level last summer. The 2019 lower bowl makeover will mark the last of the original “Spectrum Red” seats inside the Wells Fargo Center, as they will depart to finish a sleek, unified look throughout the venue. 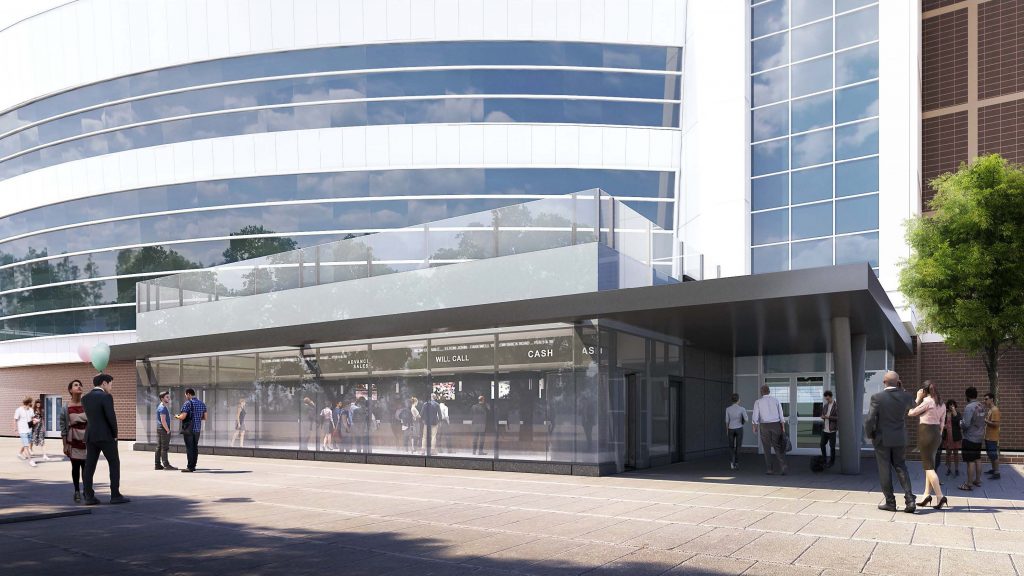 To accommodate the expansive new marketplace, the Box Office will be relocated and completely remodelled to give guests a hotel concierge-style setting as they secure tickets to the their favourite events and request information. The new North End Box Office will be conveniently located adjacent to the Broad Street entrance, facing Center City, and will include 10 points of service.

The upcoming Main Concourse renovations will undoubtedly enhance the overall fan experience. These upgrades were designed with a focus on expanding options for every type of fan and advancing points of service throughout the arena. Our goal is to allow every customer to have their own custom experience, tailored to their tastes, in a dynamic atmosphere.

This Transformation 2020 announcement quickly follows the Wells Fargo Center’s introduction of plans to install the world’s first Kinetic 4K centre-hung scoreboard. Arriving in the Autumn/Fall of 2019, the next-generation entertainment system will feature 65% more 4K LED screen real estate when compared to the Wells Fargo Center’s current centre-hung model, and is larger than any arena scoreboard that hosts both NHL and NBA games. The agile Kinetic 4K system also features two massive crown trusses with independent movement and an unprecedented ability to expand and contract its main screens in order to best highlight the action below.

Last summer, the Wells Fargo Center implemented a total makeover of the arena’s Mezzanine Level, which accommodates approximately 40 percent of the arena’s total capacity. Not a single aspect of the Mezzanine Level’s original layout was left untouched, as new and expanded food and beverage options, concourse layouts with skyline views, over 150 new LED game-action screens, and upgraded points of sale were introduced.