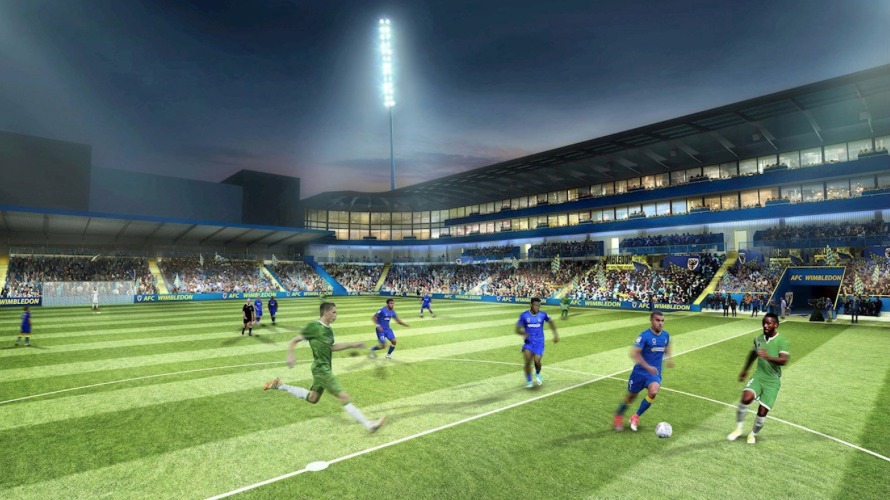 In his programme notes for the FA Cup tie against West Ham, AFC Wimbledon Chief Executive, Erik Samuelson, updated fans on the revised planning application for the new stadium at Plough Lane and provided good news on the Academy audit.

AFC Wimbledon Chief Executive, Erik Samuelson, provided fans with an update on the revised planning application for the new stadium at Plough Lane and the Academy Audit:

I recently wrote about the Academy’s finances and how we’d been visited to check on our progress with the recommendations arising from the Elite Player Performance Plan (EPPP) audit that took place last year. I am delighted to say that since I wrote that piece we’ve been notified that we’ve had a positive recommendation for maintaining our Category 3 status, which means that we will continue to be eligible for the EPPP funding that covers about 45% of the cost of running our Academy. This successful result is thanks to the very hard work and dedication of all the staff at the Academy, ably led by Jeremy Sauer – congratulations to all of them.

Later this month, we expect Merton’s Council’s Planning Committee to hear our application to amend the existing permission for the new stadium. The application has been made jointly with Merton Catalyst (a joint venture between Galliard Homes and Catalyst Housing Agency) and therefore includes changes they are seeking as well as ours. The changes we are applying for include not going ahead with the proposed crèche and café, extending the hours that we are allowed to open for football (at present, if we had a midweek replay that could go to extra time and penalties, we’d need to kick off before the usual time of 7.45 pm) and various minor tweaks to the design.

As I’ve explained before, proposed changes on this scale qualify as a so-called Section 73 application, one in which the changes are deemed to be of a “minor material” nature. Because of this, the scale of the consultation process has been much less extensive than for the original planning application. And, to be clear, if for any reason our Section 73 application were to fail, we would still have the original permission “in the bank”.

A successful outcome of the Planning Committee meeting would be a “Resolution to Approve” the application, rather than new permission being granted there and then. Before the permission can be formally granted, two other things need to happen. First, a Deed of Variation (DoV) needs to be agreed between the parties. The DoV will document changes to the existing commitments between the various parties that need to be made as a result of the new application. Hopefully it will be signed soon after the Planning Committee meeting. The second essential step, which can only happen once the DoV is finalised, is for Merton to announce formally that permission has been granted. That should be very soon after the Resolution to Approve has been passed and the DoV signed.

At that point, we will have what amounts to a brand new permission reflecting a consolidation of the original plans as amended by the Section 73 application. However, at any time in the following six weeks, anyone could challenge the Planning Committee’s decision by requesting a judicial review (JR). In broad terms, a JR can be granted only if there is something fundamentally wrong with the process that has been followed in arriving at a planning decision. But if a JR is requested, then a judge must formally decide whether or not there is a case to be answered.

Because an application for a JR can be made at any time during the six weeks following the formal approval of the planning permission, we can’t be 100% sure that the permission is final until that six-week period has elapsed and no application has been made. If, however, an application is made, we would face a further delay of uncertain length (but hopefully no more than a couple of months) until a judge decides that there is no case to answer. We are confident that a decision would go that way, and that no JR would be held. But if a judge decided there was a case to be answered, we would then need to decide whether to fight the case or withdraw the application and submit a revised one.

I believe that our application will succeed, and that if any challenge were to arise it would be dismissed by a judge – but I thought you should be aware of the timescales, and be assured that we are planning for all eventualities.

The preferred contractor for the stadium project, which is ready to get underway at the Plough Lane site, with demolition works completed, is the Buckingham Group.

Check out the video interview we did with AFC Wimbledon Chief Executive, Erik Samuelson, on the new stadium project last year, by simply clicking on the image below… 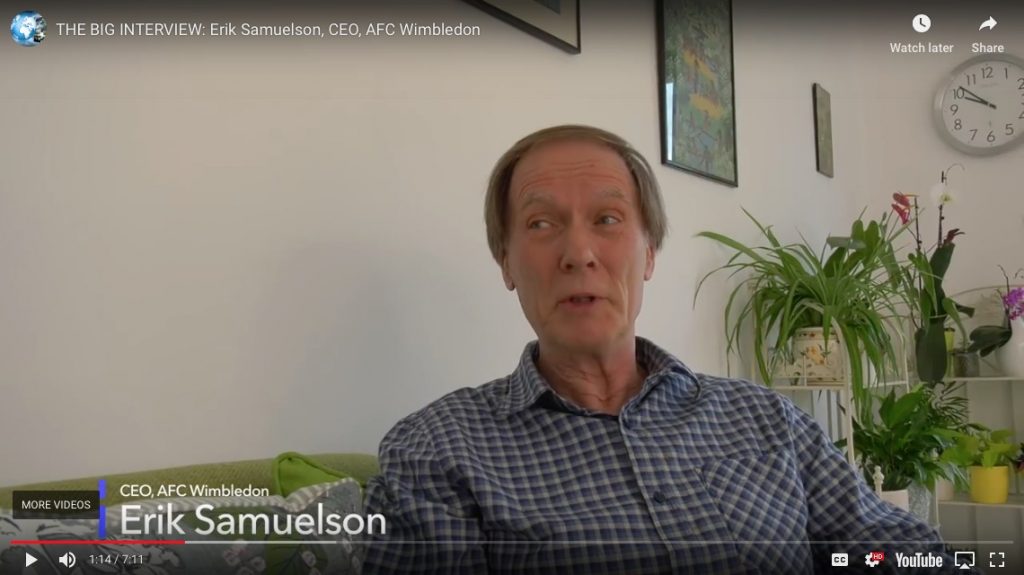