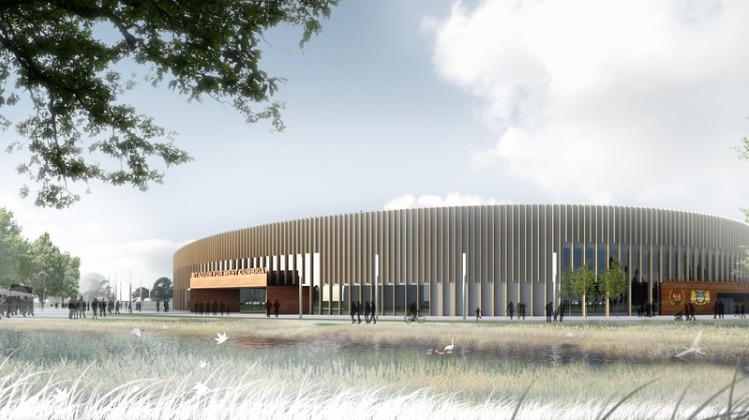 Ambitious plans for a new community stadium and sports development for West Cumbria have reached fever pitch, with the submission of the planning application to Allerdale Borough Council.

The comprehensive application has been devised by internationally-renowned stadium architects, Holmes Miller and Iceni Projects on behalf of the council. Work has also been provided by specialist firms Aecom and Gleeds.

The Council was approached by Workington Town Rugby League Club and Workington Reds football club, to investigate the possibility of building a new shared stadium for them both. Whilst the new stadium would be ‘home’ to both clubs, it is also designed to be a facility for the whole community to use and enjoy. As a result, the designs for the three-level building include a community 3G training pitch; facilities for the NHS and a pharmacy; office space, which it is hoped will be used to house some 300 workers from Sellafield; a hospitality suite with two lounges; and a community café.

The planned development would be situated around the current location for the Workington Reds ground and includes an 8,000-capacity stadium and a full-size synthetic pitch for community use. There are also plans to open-up and enhance the local riverside area.

The location was chosen after looking at a range of site options with Workington Town and the football club. They have been working with the council after they jointly approached it to see if they could develop first rate shared facilities in the town, which would benefit the clubs, players and supporters. With shared costs and new, modern and more efficient facilities, the new stadium would make the clubs more sustainable and encourage a bigger fanbase.

There have been a number of key milestones in the development of this project:

The council has acquired the land close to the planned stadium as a key part of its plans to open-up the whole of the lower Derwent Valley and continue the regeneration of this area. This comes on the back of the success of the new leisure centre, as well as the recent granting of planning permission for a hotel, restaurant and coffee shop in the area – making Workington an even more attractive town which will encourage further investment.

To meet the playing demands of both clubs, the pitch will exploit the latest hybrid technology using both artificial and natural grass. Pitches like this are successfully in use in shared facilities elsewhere. Many of rugby’s premiership clubs use this pitch technology and it appeared at the recent 2018 FIFA World Cup Russia™.

Whilst it is early days and no final cost has been confirmed, similar stadium developments have been built for around £15m. The council is currently putting together a funding package, which could include grants, sponsorship and money from partner organisations so that the impact on the council tax payer can be kept to a minimum. In addition, it is hoped the stadium will generate its own income from conferences and events. The plans also include space that can be rented out to other occupiers – all helping to cover the stadium’s running costs.

If the recently submitted planning application is approved, it is planned that the stadium will be completed in late-Spring 2021. 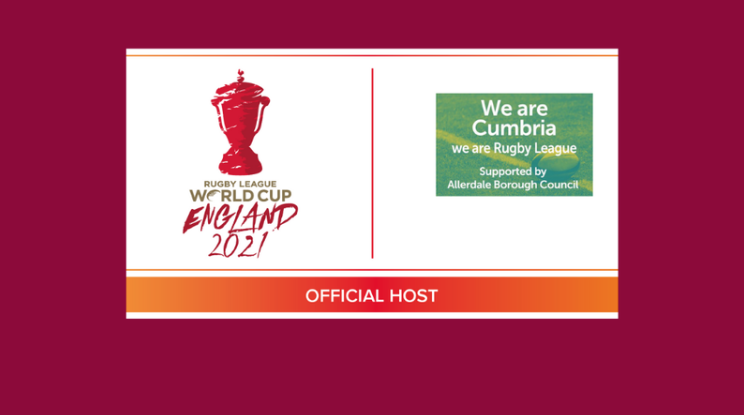 Workington will be a host venue for the Rugby League World Cup (RLWC) in 2021, following a successful bid by Allerdale Borough Council in partnership with Workington Town rugby league club. The town successfully staged three games in 2013 and played host to the Rugby League World Cup trophy in December 2018. The town also played host to games in the 2016 Four Nations.

Speaking just after the news was announced last month, Alan Smith, Leader of the Council, said:

This is fantastic news. I’m absolutely thrilled that the RLWC will be coming to Workington in 2021. We are the heartland of rugby league and, building on the success of the games in 2013, we’ll deliver something that the whole of Cumbria will be proud of and will provide a real lasting legacy. I’d like to thank everyone who has made this possible.

Allerdale has shown tremendous ambition, fuelled by the development of a new stadium in Workington. The Rugby League World Cup in 2013 created some wonderful memories and with the new stadium, they will stage three men’s games, which I am confident the passionate community in West Cumbria will embrace.

Jon Dutton, Chief Executive, RLWC21, was one of 60+ industry expert speakers that shared invaluable insights during the 2018 edition of ALSD International – Europe’s leading conference and exhibition for the Premium Seat sector. This year’s event is being held at Croke Park, the 82,300-seat of the Gaelic Athletic Association, making it the third largest stadium in Europe, only behind FC Barcelona’s Nou Camp and England’s National Stadium, Wembley; all of which were represented at ALSD International 2018.