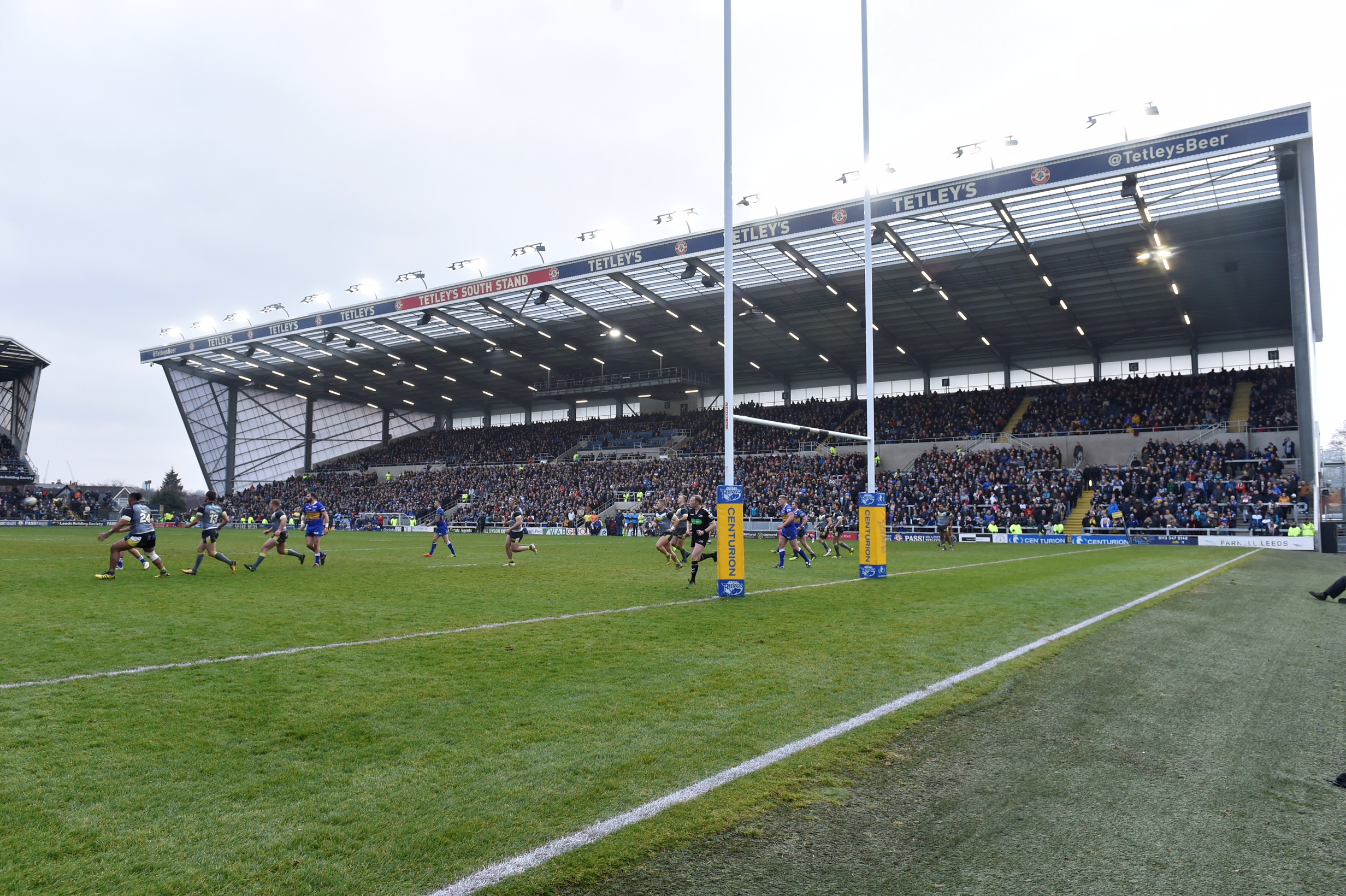 The new stand, built by Caddick Construction over the last 18 months, replaces the old 1930’s terrace and now includes 2,200 seats and a standing capacity of 5,500.

The South Stand development is part of the overall GBP£45m transformation of Emerald Headingley Stadium being delivered by Caddick Construction, which will be finished next summer and heralds the venue’s transformation into a world-class venue to elite sport.

The stadium redevelopment is a joint project between Yorkshire County Cricket Club and rugby league side Leeds Rhinos.

G&H Building Services designed and installed all mechanical and electrical works as part of its £5m contract with Caddick Construction that also sees it powering the combined rugby and cricket North Stand and old cricket pavilion.

The celebrations began just before kick-off as Leeds took on local Super League rivals Wakefield Trinity in the annual Wetherby Whaler Festive Challenge. The score ended 10-4 with a win for the Rhinos.

Councillor Judith Blake from Leeds City Council joined Caddick Group Finance Director and Leeds CF&A Board Member, Peter Hirst, who has been part of Leeds Rhinos for more than 20 years, as a director of the club combined with his role with Caddick Group.

I first joined the Caddick Group in 1987 having known Paul Caddick from his playing days at Headingley Rugby Union club. We enjoyed a successful period that saw the company grow from a turnover of £3m to what it is today.

Leeds CF&A, the company that owned Headingley Stadium and the Leeds Rugby League team, became available in 1996 and Paul decided to take control of the business. It was in serious debt and needed a great deal of resource to get it back on its feet.

With careful management we have not only restored the club’s standing in the game but enabled the redevelopment of Emerald Headingley with the magnificent facilities we see today. This has been possible through the co-operation of Leeds CC and Yorkshire CCC and has given the city an iconic stadium we can all be proud of.

The new Emerald Headingley Stadium will provide Leeds and Yorkshire with a beautifully crafted, world-class sporting venue in the unique and historic home of rugby and cricket at Headingley.

The spectacular £45m stadium re-development includes the impressive new South Stand and fantastic new facilities such as the Emerald Suite, offering panoramic views of both the rugby pitch and the cricket ground, giving fans an entirely new way to enjoy both of these great sports.