HomenewsFeaturesCase StudiesRenovation as Innovation: Behind the redesign of Atlanta’s State Farm Arena

Renovation as Innovation: Behind the redesign of Atlanta’s State Farm Arena 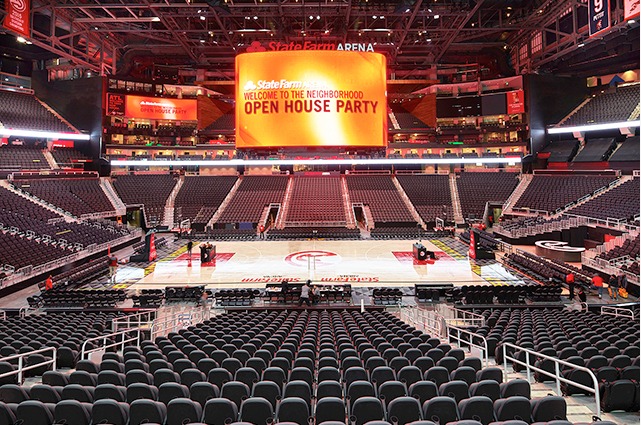 When HOK was selected to design the transformation of State Farm Arena for the Atlanta Hawks, our team set out to focus on the fan experience as a way to differentiate the rejuvenated facility in such a competitive sports and entertainment market. We undertook a deep exploration of the Atlanta Hawks’ ambitions, the requests of its fans and the culture of the city. This research, along with the team’s mantra of “renovation as innovation,” fuelled the design.

In addition to being of the world’s great entertainment destinations, Atlanta is a city of neighbourhoods. The BeltLine is an ambitious urban redevelopment project that is connecting many of these neighbourhoods through the creation of a new 22-mile loop of trails and parks. As part of our design process, the Hawks took several team members on a tour of the BeltLine so we could experience firsthand the impact of this project and the new community connections it is establishing. Inspired by the BeltLine, the team approached the redesign of State Farm Arena with a goal of creating a series of interconnected, diverse social experiences. 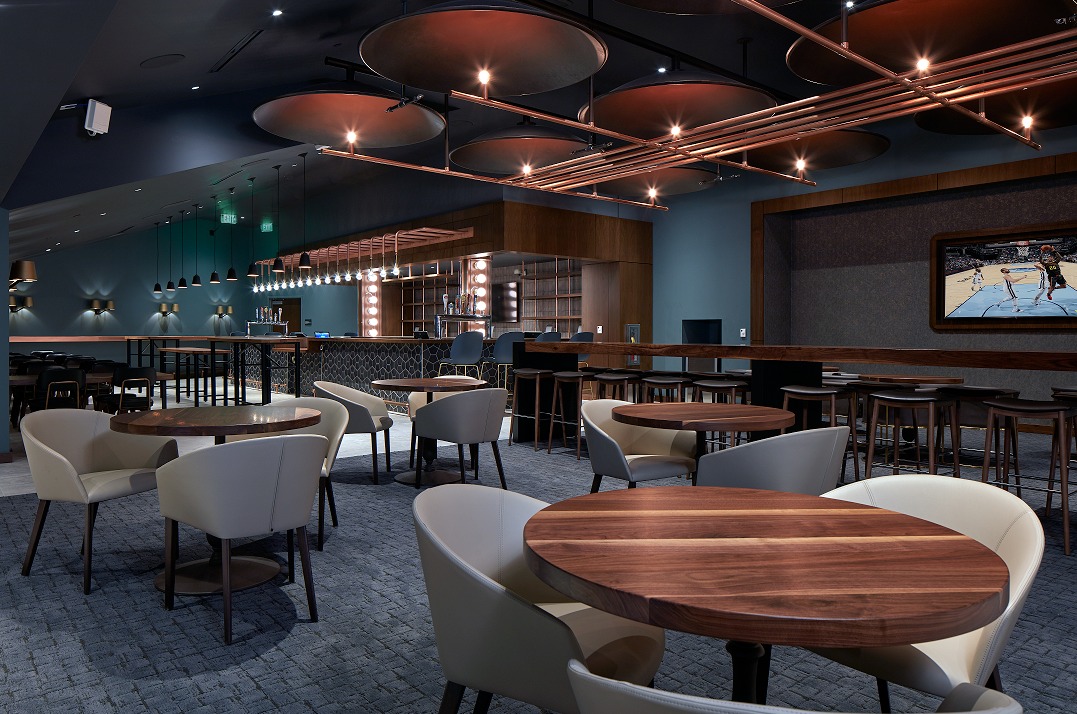 A desire to connect the concourses and provide clear views into the seating bowl influenced every part of the renovation. Our design removed the existing wall of private suites that had spanned four levels on the arena’s west side. This required constructing a truss that spans 173 feet and supports a 1 million-pound roof load, which the team was able to build and install in just eight weeks.

The design repurposed this space as viewing terraces, multilevel connections, Veranda Suites, Loft Suites, Top Golf Swing Suites (complete with golf simulators) and the high-energy, 18,000sqft Atlanta Social suite experience. With a nod to the BeltLine, the new 360-degree concourses were redesigned to service as active hubs linking a wide variety of seating and social experiences.

A completely reimagined food and beverage experience includes the addition of a market, new shops and upgraded concourses that reflect Atlanta’s diversity and unique food culture. The fan-friendly, elevated approach to concessions included hiring a chef from one of the city’s four-star restaurants and emphasising local cuisine.

To celebrate the spirit of Atlanta, the leaders of State Farm Arena and the Atlanta Hawks established important partnerships with local celebrities and corporations. This approach led to the creation of country music singer Zac Brown’s Social Club, rapper, actor and activist Killer Mike’s SWAG Shop (a barber shop overlooking the court) and local restaurateur Giovanni DiPalma’s Little Italia collection of restaurants. These partners played an integral role in the design process, shaping the aesthetic and encouraging the inclusion of creative concepts rarely seen in sports and entertainment venues.

The authentic approach to renovation, rooted in the city itself, has created diverse options and “craveable” entertainment experiences that keep fans coming back for more. 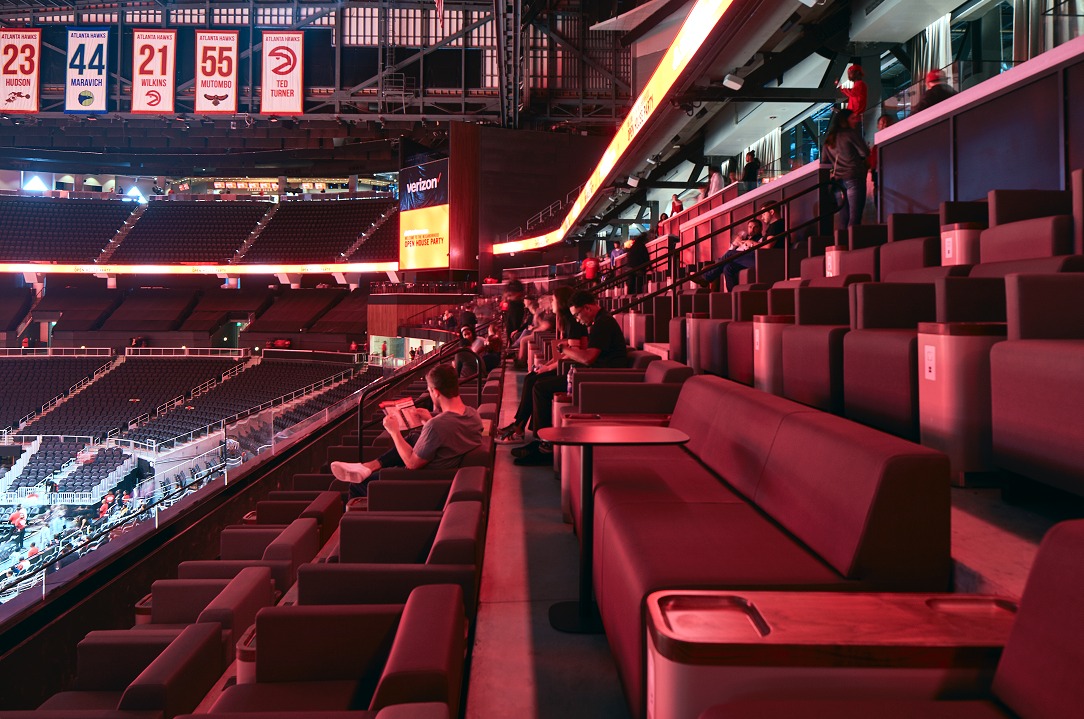