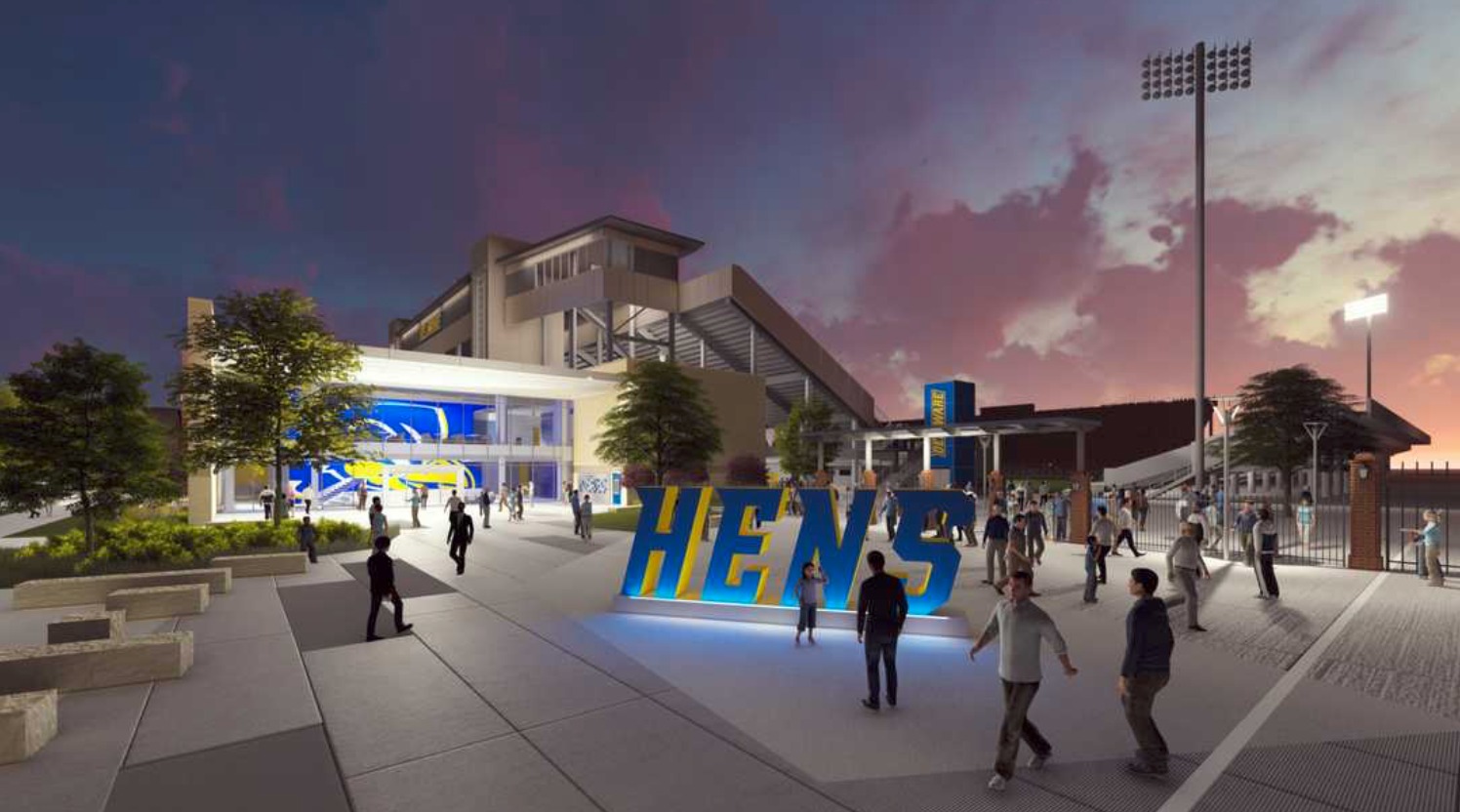 The University of Delaware has confirmed that it will be embarking on a bold US$60m ‘Build Our Home’ project that will see Delaware Stadium reimagined and a brand new state-of-the-art Athletic Centre delivered.

Just twelve months after the University of Delaware (UD) announced its intentions for a planned facelift for Delaware Stadium, the project is set to commence.

Creating the spaces needed to welcome the Blue Hens of today and tomorrow, this project will truly define what it means to be a Blue Hen and put UD and its student-athletes front and centre.

The University had first announced back in November 2017 that it would be renovating the West (home side) stands at Delaware Stadium with improved seating, providing luxury options and building a modern structure for media and coaches’ booths. And that just outside the stadium, on the west side and connected to it, would be a 90,000sqft structure housing a wellness centre, athletic training, sports medicine, nutrition, sports psychology and strength and conditioning facilities to serve UD student-athletes.

The Whitney Athletic Center will play an essential role in helping ensure the success of our student-athletes, both in competition and in the classroom. Ken and Liz Whitney have demonstrated their deep commitment to our students through their generous gift, and we appreciate everyone who has followed their lead in supporting this project.

The University is providing US$25m towards the US$60m project, with the Athletics Department raising the other US$35m. The “Build Our Home” athletic project is part of UD’s Delaware First: The Campaign for the University of Delaware fund-raising campaign, launched in 2017.

The Campaign is the first of its kind for the University, an unprecedented, comprehensive engagement and fundraising campaign that, with the help of generous donors, will shape the future of UD.

Many donors have already shown support for the projects, including Board of Trustees member Kenneth C. Whitney ’80 and, his wife, Elizabeth K. Whitney, who made a milestone gift of US$10m to name the Athletic Center.

Although the seating work will be complete by next season’s August 29 football opener at Delaware Stadium against Delaware State, the press box will be usable but not complete and amenities for those in club seating will also not be finished.

The club-seating area in the stadium is a major change from plans released last year by Delaware. Initial renderings had club seating at the top of the west stands and then connected to the lower floor of what would be a two-storey press box, where there would be gathering areas.

Now, club seating will comprise the eight first rows of the stadium closest to the field from end-to-end on the refurbished west side and comprise roughly 1,100 seats.

That’s based on feedback we received from our fans. They like being low. They want to be able to be close to the field. It was very clear from the feedback so that was an adjustment we made.

The Whitney Athletic Center is expected to be complete by June 2020. 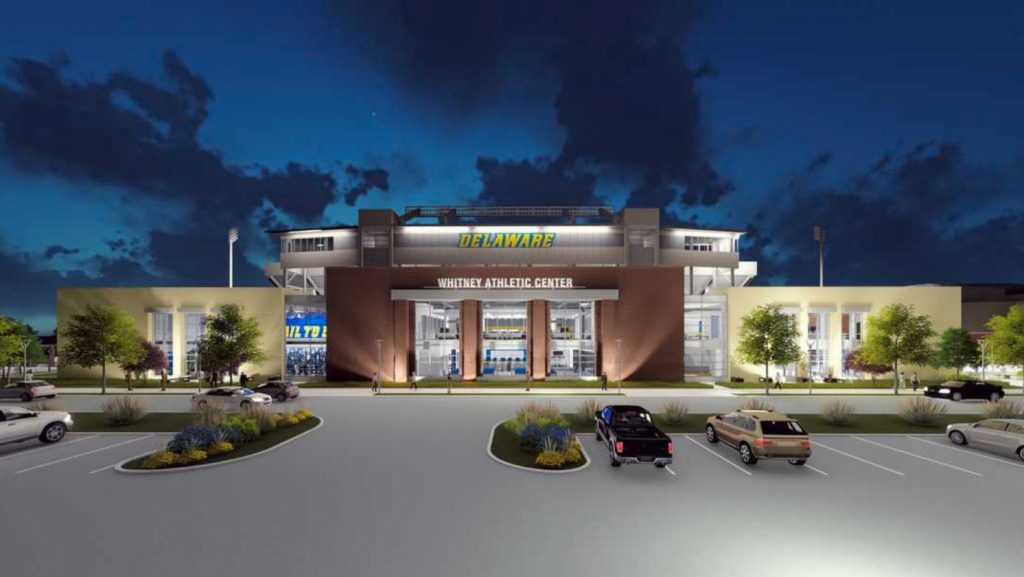 The architect on the project is HOK Sports, whose recent stadium renovations include Georgia’s Sanford Stadium.

The main contractors are Barton Malow, the Michigan-based company that was involved in the Rose Bowl and Michigan Stadium renovations, along with Delaware-based EDiS, which took part in the original building of Delaware Stadium when it opened in 1952.

Watch this video and this one for more information on how the University is transforming UD Athletics.