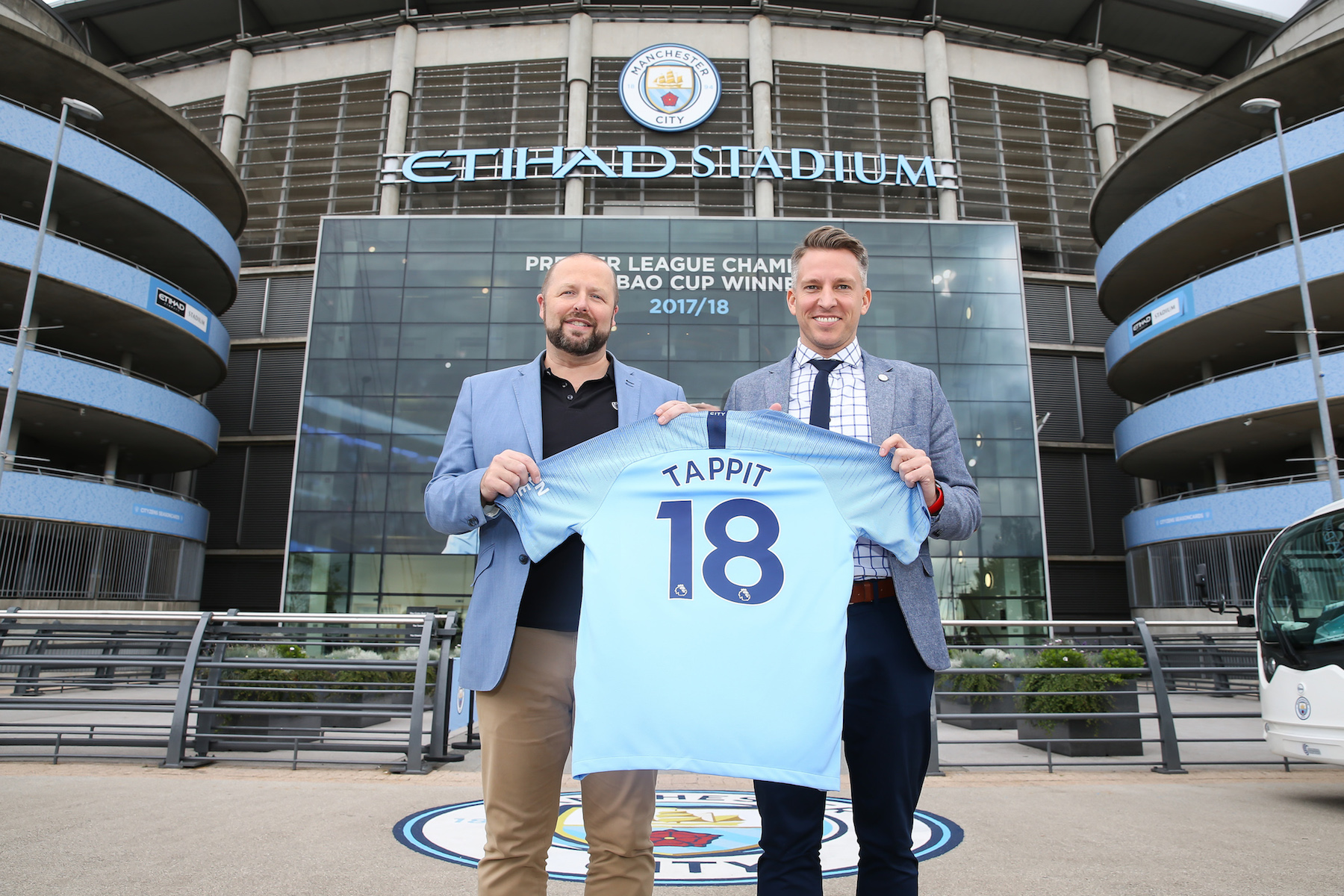 Manchester City has announced a new partnership in the UK and Asia Pacific with tappit, a solution that provides cashless experiences at sports, festivals and entertainment events. The deal will explore the use of this technology at Club events across the world, including global live screenings and mass participation events.

tappit share Manchester City’s passion for digital innovation, with the technology enabling fans to have a better experience at an event via easy-to-use cashless payment methods. Insights generated by the technology also provide the Club with the opportunity for continuous development based on fan usage.

English Premier League side, Manchester City, will work with tappit to offer a variety of added-value features for fans, with tappit’s worldwide footprint meaning the Club’s global fanbase will also benefit from this new partnership during live experiences throughout the season.

Manchester City are excited to be entering this partnership with tappit, whose cashless technology has proven popular at many live events. The partnership comes at a time where football and technology are more closely linked than ever before – working with tappit will certainly help us utilise this.

We want our fans to enjoy interacting with the Club when attending one of our many live events around the world and we hope this partnership will give our fans some great new experiences.

We are delighted to be working with Manchester City and its fanbase across the world. We are committed to helping clubs deepen relationships with their supporters and Manchester City shares our vision to deliver an incredible fan experience. On top of this, the fact that they are a truly global organisation matches both our ambition and geographic reach, making them the perfect sporting partner.

You can view the official partner launch video here: http://bit.ly/tappitMCFCVid or download it online at: https://we.tl/t-bq1O1WpYn5

Manchester City plays its domestic and UEFA Champions League home fixtures at the Etihad Stadium, a spectacular 55,000-seat arena that the Club have called home since 2003.

Manchester City was one of many clubs & teams, stadia, arenas & sports venues, architecture & design firms, producers & suppliers, that attended Europe’s first Premium Seat event, ALSD International, which was held in London, October 10-12. Some 251 top-ranking industry executives attended the two-day conference and exhibition, which drew delegates from across Europe, Canada and the United States, and included behind-the-scenes tours of Wembley Stadium, The SSE Arena Wembley and Fulham FC’s Craven Cottage. Dates for the must-attend 2019 edition will be announced soon!