Huddersfield Town has revealed plans for a major redevelopment of its training complex, PPG Canalside, designed to bring the facility up to the highest of Premier League standards.

The redevelopment represents a major investment in the Club’s facilities and the community, with an estimated GBP£15m to £20m committed to the project by Chairman Dean Hoyle and the Board of Directors.

The new plans, which are timetabled to be completed in time for the 2020/21 pre-season, will create a new level of elite sports environment for Huddersfield Town’s First Team and Academy.

A new showpiece pitch will be created during the first stage of the work, which is being managed by Preston-based Frank Whittle Partnership Group (FWP), on newly-acquired land to the north east of the site.

Like the pitch at the John Smith’s Stadium, the new pitch will be a hybrid (Desso) GrassMaster by Tarkett Sports surface, complete with undersoil heating, high-spec floodlights, and a covered stand for supporters (shown below). 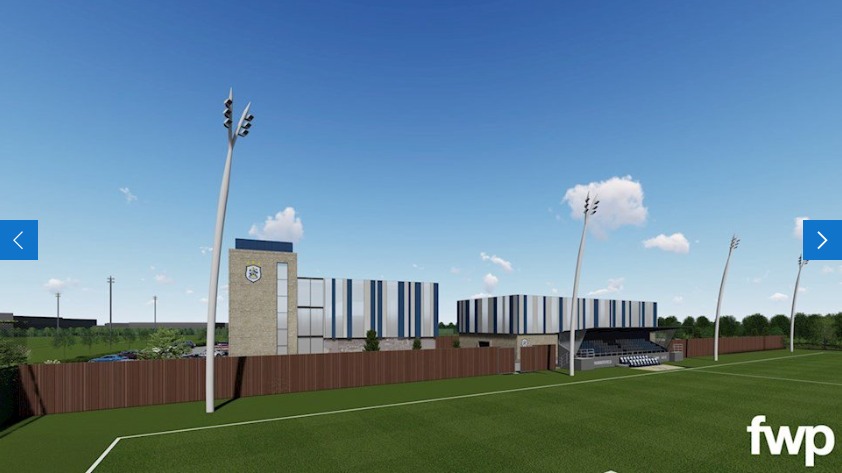 The second stage will see the creation of a new First Team building that includes state-of-the-art facilities for the players, including a hydrotherapy suite, new changing rooms (shown below) and gymnasiums, medical treatment areas, analysis theatre, a new media suite and office and dining spaces for staff. 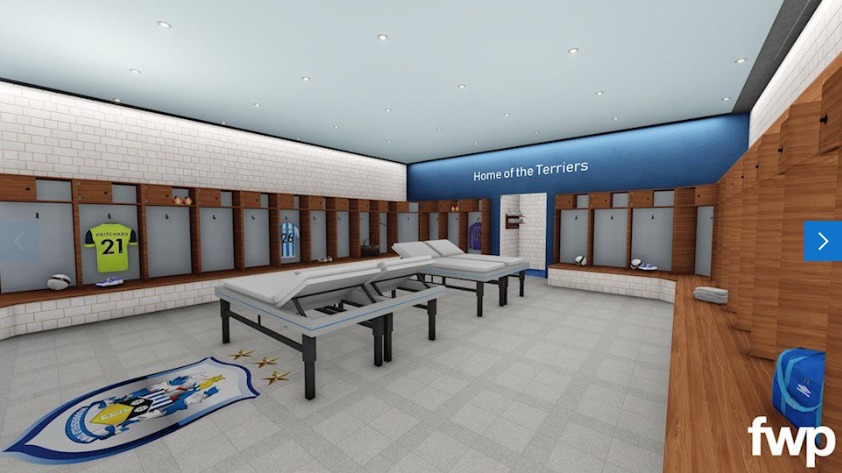 The building will feature a corner-point that will be loosely based on a modern interpretation of the Victoria Tower on Castle Hill, one of Huddersfield’s most iconic landmarks.

The Club is now able to reveal the provisional plans following a public exhibition, held at PPG Canalside on Monday evening, where fans were invited to come and give their feedback on the proposals. 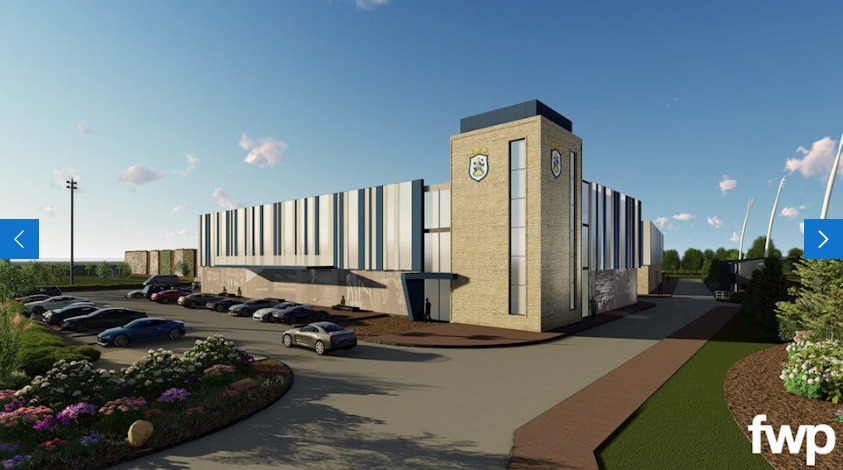 As part of Huddersfield Town’s continued commitment to the community, a proposal to improve the facilities at Leeds Road Sports Complex is also being worked on, where the public provision currently housed at PPG Canalside would be offered. These plans will be revealed soon.

We’re delighted that, after some very hard work from several parties, we’ve reached the stage to be able to reveal our provisional plans for PPG Canalside to our supporters.

It’s been fantastic to see the response to the initial announcement and to hear directly from fans in the early stages of our consultation process. It’s clear that they all understand how important these plans are to the long-term, sustainable success of their football club.

This represents a very significant investment from the Chairman and the football club in turning PPG Canalside into an elite sports environment. We’re a Club that prides itself on developing players and this stage-of-the-art training complex will be a huge asset to the technical staff in that goal.

We’re also a club that prides itself on being at the heart of its community, and we’re equally committed to continuing to provide great facilities for the fans and wider people of Kirklees to use.

As such, we’re planning to switch the existing public-facing element of PPG Canalside to brand new, dedicated facilities that we are funding and planning alongside Kirklees Council and Kirklees Active Leisure at a new-look Leeds Road Sports Complex, which I hope we can share in the near-term.

Watch the video online at: https://youtu.be/zR_DZ-v0oUU