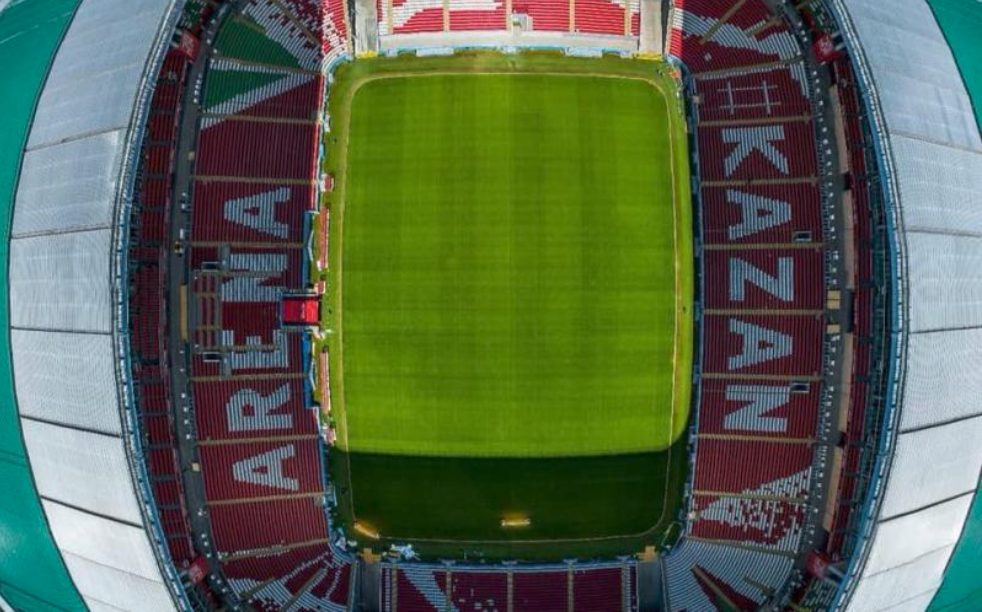 Seating solutions from Melbourne-based Camatic have been in use at one of the host venues for the extraordinary 2018 FIFA World Cup Russia™, which culminated this weekend with France being crowned champions.

The company, with its headquarters in Australia and offices in the Americas, Europe, UK and the Middle East, was responsible for installing 28,000 of their ALPHA seats at the 2018 FIFA World Cup Russia™ host venue, Kazan Arena, which is one of a number of significant projects that Camatic has equipped over the past few years.

Camatic’s two major recent projects in Australia have both been in Victoria. The first being the installation of 5,000 seats at the redeveloped western grandstand at Ballarat’s Eureka Stadium, where their ALPHA seat with an auto flip-up feature was installed with a randomised colour scheme of blues and greys. Its other main installation was that of approximately 5,000 seats as part of stage 4 of the redevelopment of Geelong’s GMHBA Stadium.

The company is also currently re-seating the Rod Laver Arena, the home of the Australian Open in Melbourne.

Internationally, in addition to the Dallas Cowboys Stadium, the Wantirna-based manufacturer installed over 68,000 seats at Santa Clara’s Levi’s Stadium in California – venue for the 2016 NFL Super Bowl; provided over 80,000 seats for the refurbishment of the Bukit Jalil Stadium in Kuala Lumpur in advance of Malaysia’s hosting of the Asian Games last year; and installed 70,000 seats at Mercedes-Benz Stadium in Atlanta, Georgia, USA, home of the Atlanta Falcons and Atlanta United, which attendees at the recent ALSD Conference & Tradeshow got to tour last month.

Other recent high-profile contracts for Camatic included the installation of 5,500 seats at the NFL Hall of Fame in Ohio, USA; and 17,000 seats for MGM’s T-Mobile Arena in Las Vegas, in addition to several MLS stadia.

Of course, these recent successes have not come without a lot of work over the years, going back to when Camatic first secured its first major contract in the US, the main Olympic Stadium for the 1996 Atlanta Games.

Not to be outdone, recent seating contracts in the UK have included the prestigious Emerald Headingley Stadium and the home of the AELTC/The Wimbledon Championships.

A representative for Camatic, commented:

At first, people are quite often amazed that an Australian-owned company that manufactures in Australia could secure these blue-ribbon venues around the world. Yes, whilst our location may be geographically disadvantageous for the US and European markets, this is more than offset by a cutting-edge design and engineering capability that has been fostered and strengthened since the inception of the company over 50 years ago.

This commitment has led to Camatic developing many unique products over the years. It has recently released its newest stadium seat, the Axiom, which should once more set the standard for stadium seating for years to come. The first major project to be installed with this newest technology will be the North Queensland Stadium, which is currently under construction.

Malaysia’s very own Bukit Jalil National Stadium in Kuala Lumpur scooped the Stadium of the Year award at the recently concluded World Stadium Congress in Amsterdam.

The first part of the transformation of Malaysia’s Bukit Jalil National Sports Complex, into one of Asia’s top sporting venues, KL Sports City, began in the summer of 2017. The project included the installation of more than 85,000 of Camatic’s ALPHA and QUANTUM seats, with a randomised colour scheme of greys and yellows.

Populous and MRCB (Malaysian Resources Corporation Bhd) worked together as architect and contractor respectively on a shared vision for the redevelopment of the Bukit Jalil Stadium and wider KL Sports City.

Camatic is just one of the many industry-leading companies that will be showcasing their latest solutions and technologies at Europe’s first Premium Seat event, ALSD International, coming to London this October, 11 and 12th.

To secure your place at this must-attend event or to view the comprehensive conference program and stellar speaker lineup, simply click on the image below… 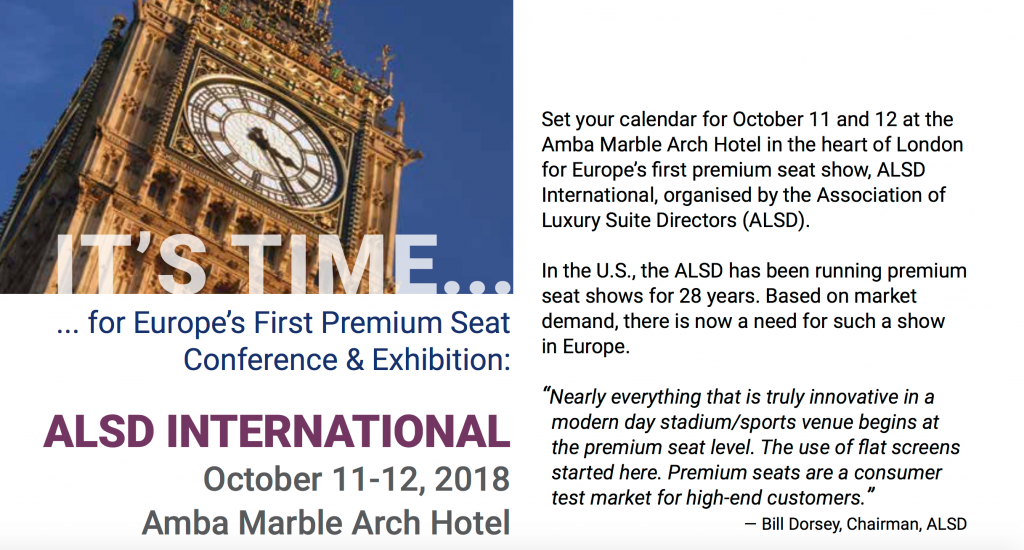 For further information on the latest conference program, click on the link below: