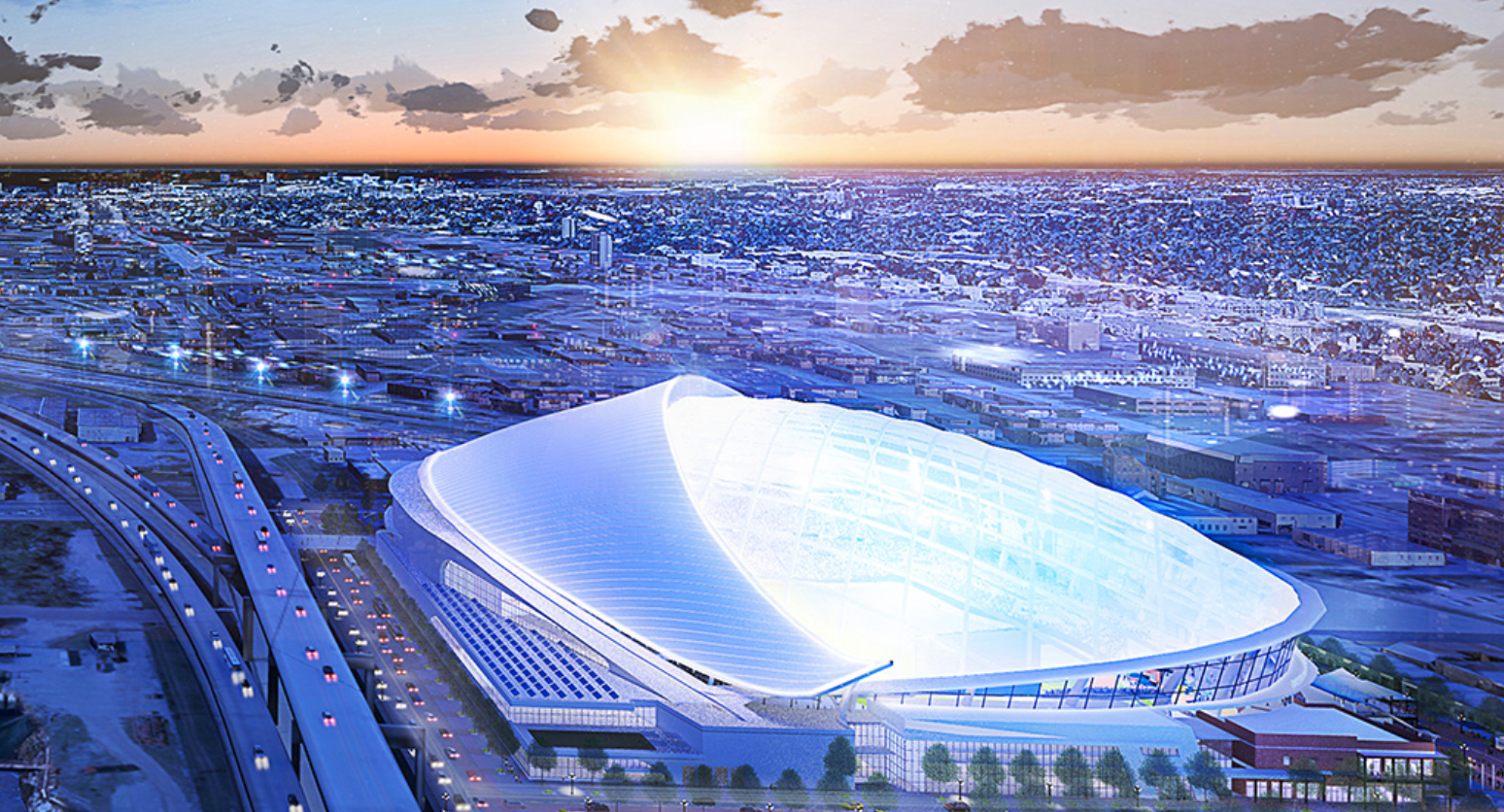 Rays Ballpark will be a unique, reimagined, intimate neighborhood ballpark located in the heart of Tampa Bay. One that honours Ybor City’s rich history, while strengthening the community and connecting it to Tampa’s urban fabric and the rest of the region.

Global architecture and design firm Populous has been tasked with the lead design on the US$892m project, US$809m of which is the ballpark.

Highlights of the ballpark that will have just 28,216 fixed seats – with a total capacity of 30,842 – include a fixed translucent roof to ensure fan comfort and game certainty during the Florida summers, upper decks that extend only as far as the bases and sliding-glass exterior walls to which will allow the outside to be enjoyed inside the building. The playing field will be an artificial surface. 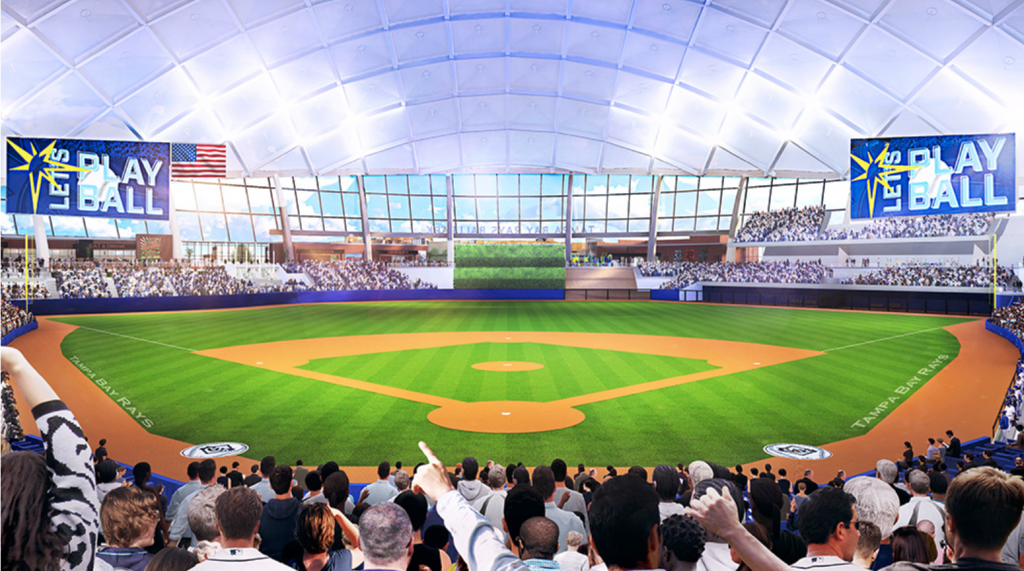 In January 2016, the Rays gained permission from the city of St. Petersburg to look outside the area for possible new stadium sites. The Rays announced in October 2017 that a site in Ybor City fit the bill as their preferred location for the ballpark. 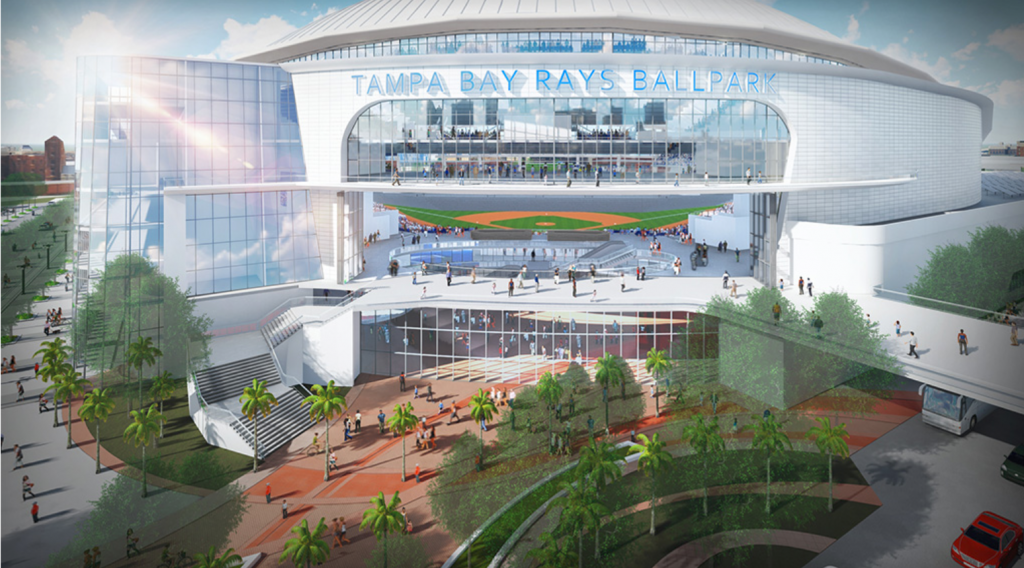 Generous signature entry plazas and dramatic sliding glass exterior walls will bring the outside in, while a fully-enclosed, translucent roof will ensure fan comfort and game certainty.

The most intimate ballpark in MLB will offer a variety of unique seating options. Designed to be fan forward, seats will be concentrated between the fair poles and will be complemented by distinct viewing platforms and social gathering spaces.