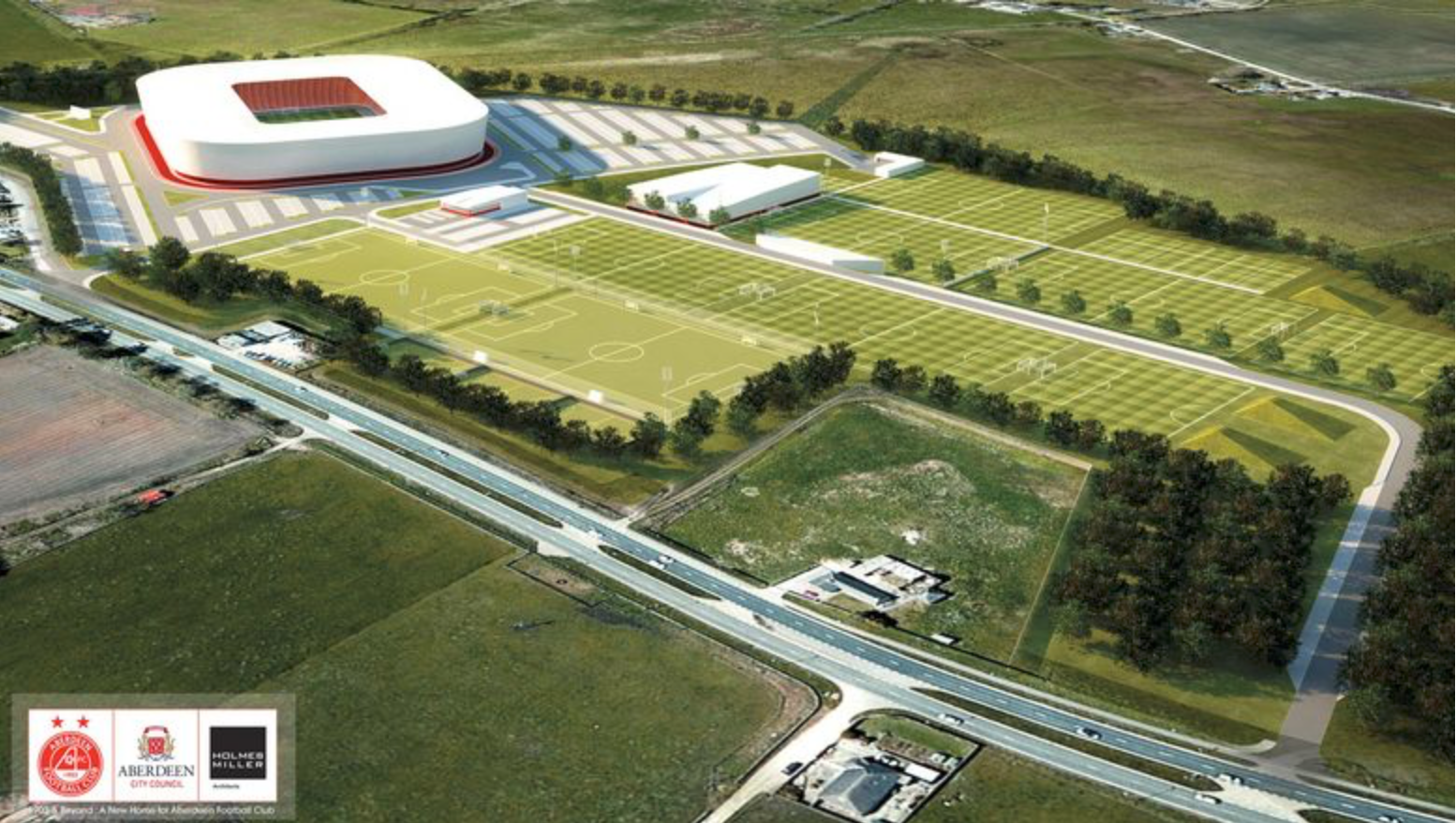 According to Aberdeen & Grampian Chamber of Commerce, Aberdeen Football Club has appointed the first in a series of contracts for construction of phase one of its GB£50m plans for a new stadium and facilities at Kingsford, to the west of the city.

McIntosh Plant Hire has been awarded a contract for the earthworks and ground remediation in preparation for the construction of the community sports hub and football training facilities. This phase will include the construction of the training pavilion, groundsman’s accommodation, three professional training pitches, two 3G pitches and two grass pitches, the latter being mainly for use by Aberdeen Football Club Community Trust (AFCCT).

The McIntosh family business, established in 1950, has expanded to provide diverse services to the local construction and oil and gas sectors including civil engineering, plant hire, heavy haulage and storage warehousing. Under this contract, the firm will prepare the site, much of which was formerly used as landfill, so that construction can begin later in the summer.

Founding directors of McIntosh Plant Hire, Bert and Moira McIntosh, said they were very pleased to have been awarded this contract, which will see them prepare the ground for construction to begin in earnest late summer.

Moira, Gary and myself are lifelong supporters of the Dons. It’s a privilege for us to be involved in this historic and ambitious project that is crucial to the on-going success of the Club. The commitment by AFC to providing much-needed space and facilities for the community makes the whole project even more compelling and something we are proud to be part of.

We hope to get work underway as soon as possible and will be securing the site in the next few days.

Following full consent for its plans, AFC has issued tenders for various elements around the construction of phase one. The total value of this phase is around GB£10m and the Club has promised to appoint local firms wherever possible. Contracts for the overall project are anticipated to safeguard or create around 150 jobs initially.

A principal contractor will be appointed shortly, with contracts also being let for sub-contractors to carry out the various work packages, which include roads and sewers, construction of the pavilion and groundsman’s accommodation, formation of the pitches, as well as all electrical, plumbing, heating and ventilation work and ready for use Autumn 2019.

This contract award is another major milestone in our journey towards facilities from which the Club and the wider community will benefit. The appointment of local firm, McInotsh Plant Hire, underlines our commitment to using local suppliers and local expertise which will safeguard jobs and boost our economy.

The existing team of experts, who have been working on the plans throughout the planning process, are all Aberdeen-based and include Burness Paull, Fairhursts, Halliday Fraser Munro, TMC, McLeod & Aitken and TUV-SUD.
Sources & image credits:  AFC.co.uk and AGCC.co.uk