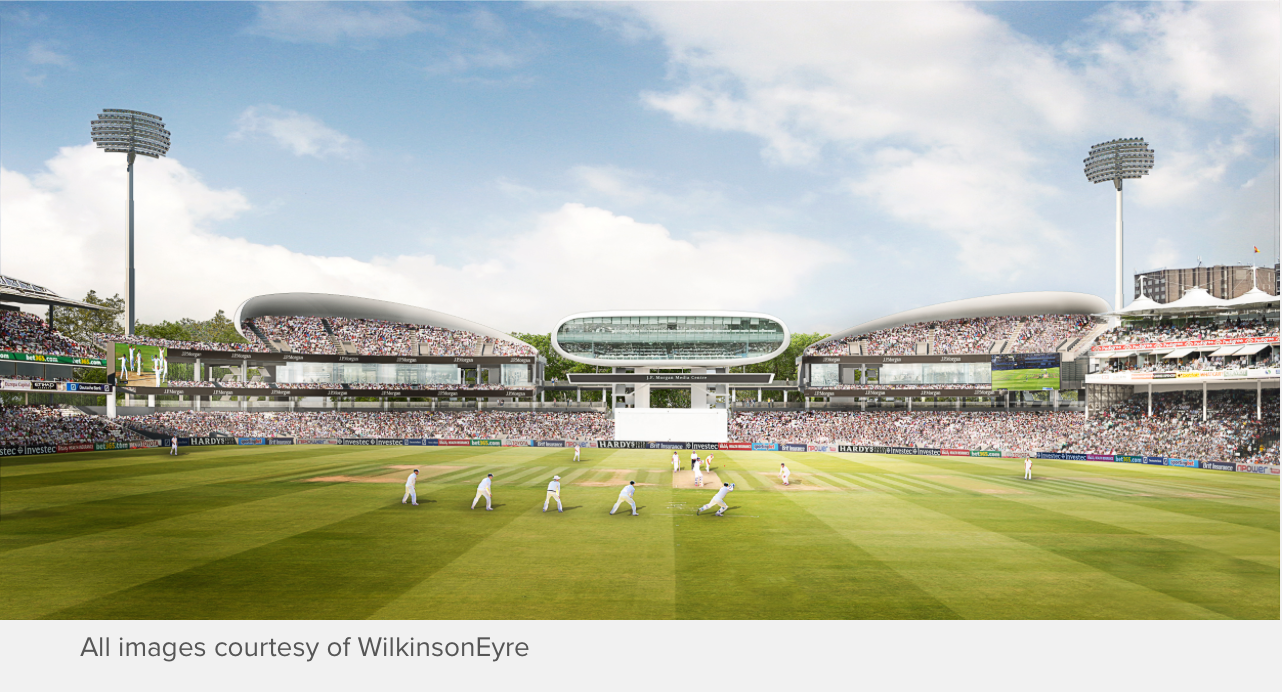 Marylebone Cricket Club (MCC) has unveiled the spectacular designs that will form the next phase of the Masterplan to redevelop Lord’s; the new Compton and Edrich stands.

The new three-tier stands at Lord’s – the home of cricket – will accommodate around 11,500 members of the public at the Nursery End of the Ground, and are due to be redeveloped between 2019 and 2021.

Capacity will be increased by 2,500 seats, and a walkway linking both stands and overlooking the Nursery Ground will be introduced. From the Pavilion, MCC Members will still be able to view trees through gaps in and over the top of parts of the new stands.

Spectator amenities will be significantly upgraded,  with catering and toilet facilities, wheelchair-accessible spaces and lift access at all levels.

The new additions to the Ground will have debenture seating and restaurants in the middle tier and, exceeding industry best-practice, 3% of all seating will be for wheelchair users or those with restricted mobility. Unlike the current structures, the top tier of the new stands will be partially covered. 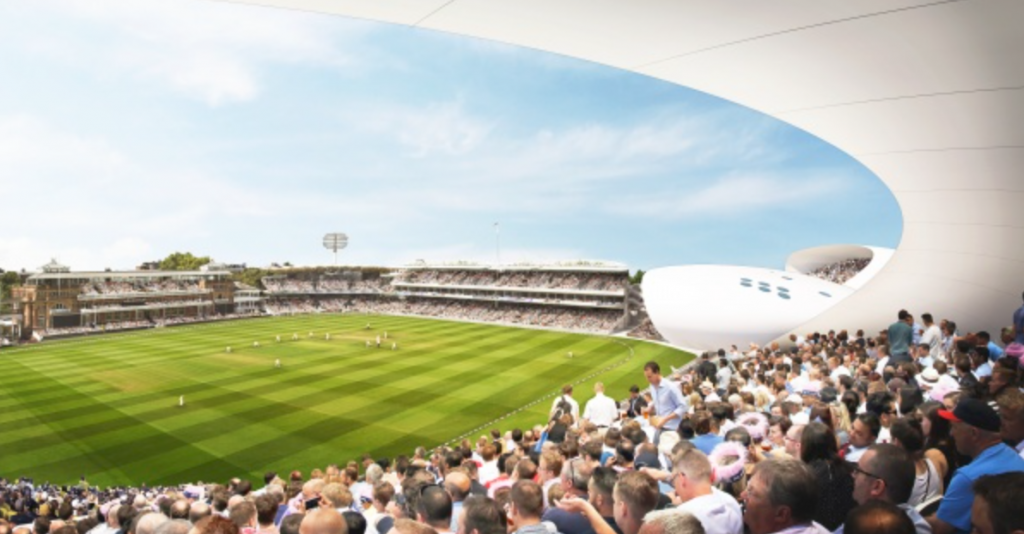 The proposals form the next part of the phased Masterplan for Lord’s. Last year, The Duke of Edinburgh officially opened the new GB£25m Warner Stand, the first stand to be rebuilt at Lord’s since the Grand Stand was completed in 1997.

The designs are the work of two-time Stirling Prize winners WilkinsonEyre, the architects responsible for the refurbishment of the Grade II*-listed Battersea Power Station.

A planning application will be submitted later this year to Westminster City Council after consultation with local residents. If consent is granted, MCC Members will be asked to approve the plans at the Club’s AGM in May 2019, and work to demolish the existing stands will begin after next year’s Test Match against Australia.

The Ashes Test is just one part of a high profile summer of international cricket at Lord’s in 2019, which will also see the Ground host the ICC Cricket World Cup Final.

MCC aims to have seating in the new stands in place for use during the 2020 season, with fully fitted-out facilities to be opened the following summer. The stands are anticipated to cost in the region of £50m.

MCC is committed to ensuring Lord’s remains the best place in the world at which to watch and play cricket. These new stands will transform the Nursery End, providing world-class facilities, opening up views both to the Pavilion and back towards the Nursery Ground, and adding another architectural enhancement to Lord’s.

We are very aware of the responsibility we have to protect everything that makes Lord’s so special, and we are delighted with the positive feedback we’ve already received from our membership.

As well as providing a significant improvement to capacity and facilities, the plans for the new Compton and Edrich stands complement beautifully the J.P. Morgan Media Centre, which was designed by Future Systems and is itself an award-winning building, well known to anyone who has watched cricket at Lord’s.

We are delighted to be working on this critically important project at Lord’s which will transform the setting of the Nursery End and provide some great views of the cricket.

In September 2017, MCC Members voted overwhelmingly in support of MCC’s Updated Masterplan, which maps out a world-class redevelopment of Lord’s funded from the Club’s own resources.

Read more about the Masterplan by clicking here.