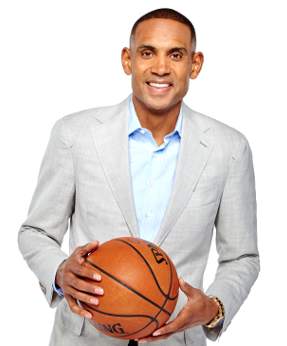 The ALSD has confirmed this week that Grant Hill, Atlanta Hawks’ Owner and Vice Chairman, and 2018 Naismith Memorial Basketball Hall of Fame Class Member, will give the Opening Keynote Address on June 28th to kick-off their 28th Annual Conference and Trade Show.

I’m not sure we could find a better speaker for a sports business conference than Grant Hill. As Owner and Vice Chairman of the Atlanta Hawks, he covers the sports business side. And of course, he was an incredible college and professional basketball player.

Hill hails from an athletic family, his father, Calvin Hill, a former NFL running back. Finally, he has great speaking credentials from working at CBS Sports, Turner, Final Four and national championship games.

Grant is a featured speaker before business, academic and large sales audiences, addressing a range of topics including the NBA, the importance of teamwork, the private equity business, art, music and contemporary culture.

Grant also has significant and important broadcasting roles with CBS Sports, Turner Sports and NBATV. In 2015, he was added as a game analyst for the NCAA Final Four and National Championship game. He joined Bill Raftery and Jim Nantz to call games together throughout the tournament. Additionally, Grant has substantial on-site responsibilities during the TNT broadcast of the NCAA March to the Final Four and their coverage of the NBA Playoffs. He is also the co-host of NBA Inside Stuff on NBA TV, spanning the NBA regular season, and is a studio analyst on NBA TV’s GameTime. During those broadcasts, Grant opines on issues of the past week in the NBA and provides contemporaneous commentary on that night’s 10-12 NBA games while in progress. He also serves as an occasional studio analyst on TNT’s Inside the NBA.

Prior to the NBA, Grant was two-time national champion at Duke University. He spent four years playing for the Blue Devils and was inducted into the Duke Athletics Hall of Fame Class of 2016 for his contributions to the program. Grant was named the 2017 recipient of the NCAA President’s Gerald R. Ford Award, recognising his significant leadership as an advocate for college sports.

Hill lives in Orlando with his wife, Tamia, a 7-time Grammy-nominated singer, and their two daughters.

Sports Venue Business (SVB) is proud to be an Official Media Partner for the 28th Annual ALSD Conference & Tradeshow, which will be held at the Atlanta Marriott Marquis Hotel in Atlanta, June 24-27, 2018. NB: SVB CEO, Katie McIntyre, will be in attendance.

Book your place at this must-attend event by simply clicking here.

The ALSD will also bringing their expertise to Europe this coming October, with the inaugural ALSD International conference and exhibition, focusing on the latest innovations and trending topics pertaining to the Premium Seat sector.