Spanish LaLiga team, Real Betis Balompié, will further increase the investment made in their Benito Villamarín stadium with the construction of a terrace in the main grandstand and the remodelling of the VIP boxes to increase the billing for hospitality, as reported by Palco23.

Real Betis made its biggest equity investment in recent years with the construction of the new South Stand, but this will not be the only investment or enhancement at their home ground in the Spanish city of Seville. Although the club must wait to complete the phased extension of their Benito Villamarín stadium, the board of directors has already given its approval to a €2m investment to enhance the VIP offering.

The optimism of Alarcón is high, because for the 2017-18 season, the club have already achieved five sold-out matches, all before the improvements. In fact, Real Betis is the fourth LaLiga team in terms of attendance, with 45,880 people per game at home and a year-on-year improvement of 46.2%.

The Betis fans have been very faithful, and even in the Second we have had more than 36,000 members; we really are a team that is meant by the loyalty of its partners.

It is a solid base that they expect to grow year-on-year, as evidenced by a business plan that aims to raise ticket revenues at a double digit rate, going from €13.6m in 2017-2018 to €23m in 2020-2021. A growth that, above all, will come from the improvement in the operation of the hospitality service and from the available tickets to the margin of the subscribers, a group in which they want to promote the presence of entire families.

Three seasons ago we established that all the children’s partners (parents/guardians) could have a seat in the stadium at €59 (now €69); that is to make it easy for children, who pull the father and that is what allows us to be a very familiar club.

If we focus only on certain segments of the population, we are condemned not to evolve.

This article was translated from the original piece that appeared on the Palco23 website.

Ramón Alarcón, Director & General Manager of Business at Real Betis, is one of the top-ranking industry professionals that will be imparting his wisdom at Europe’s first Premium Seat event, ALSD International, coming to London this October, 11-12, where he will discuss the project in detail. 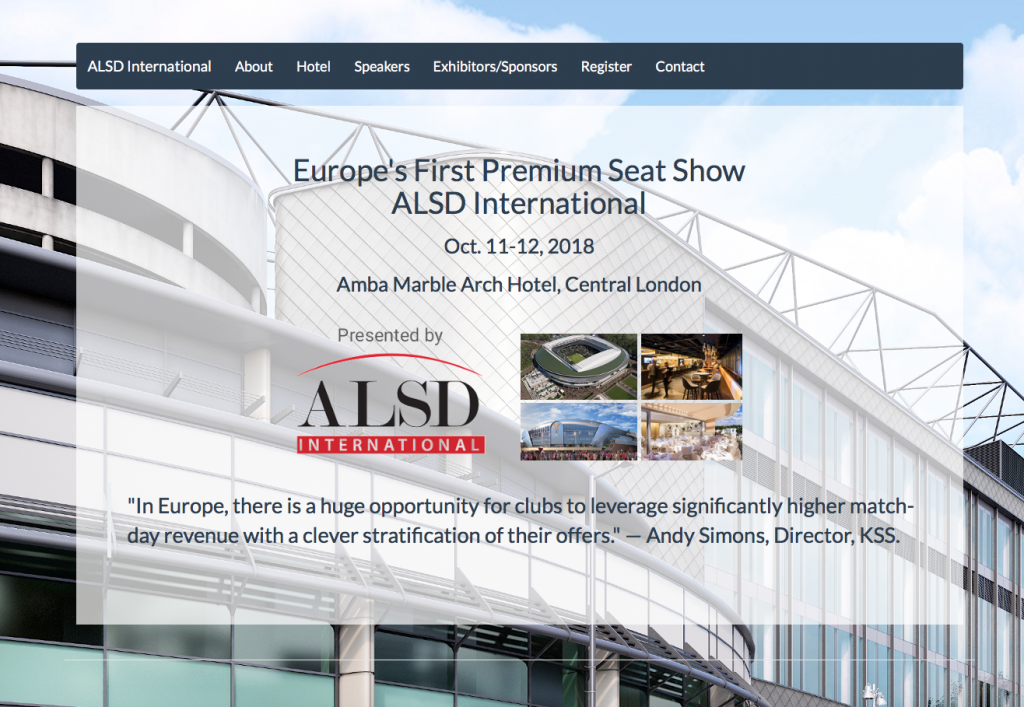 NB: Next week, we will be bringing you an in-depth interview with Ramón Alarcón, Director & General Manager of Business at Real Betis Balompié.