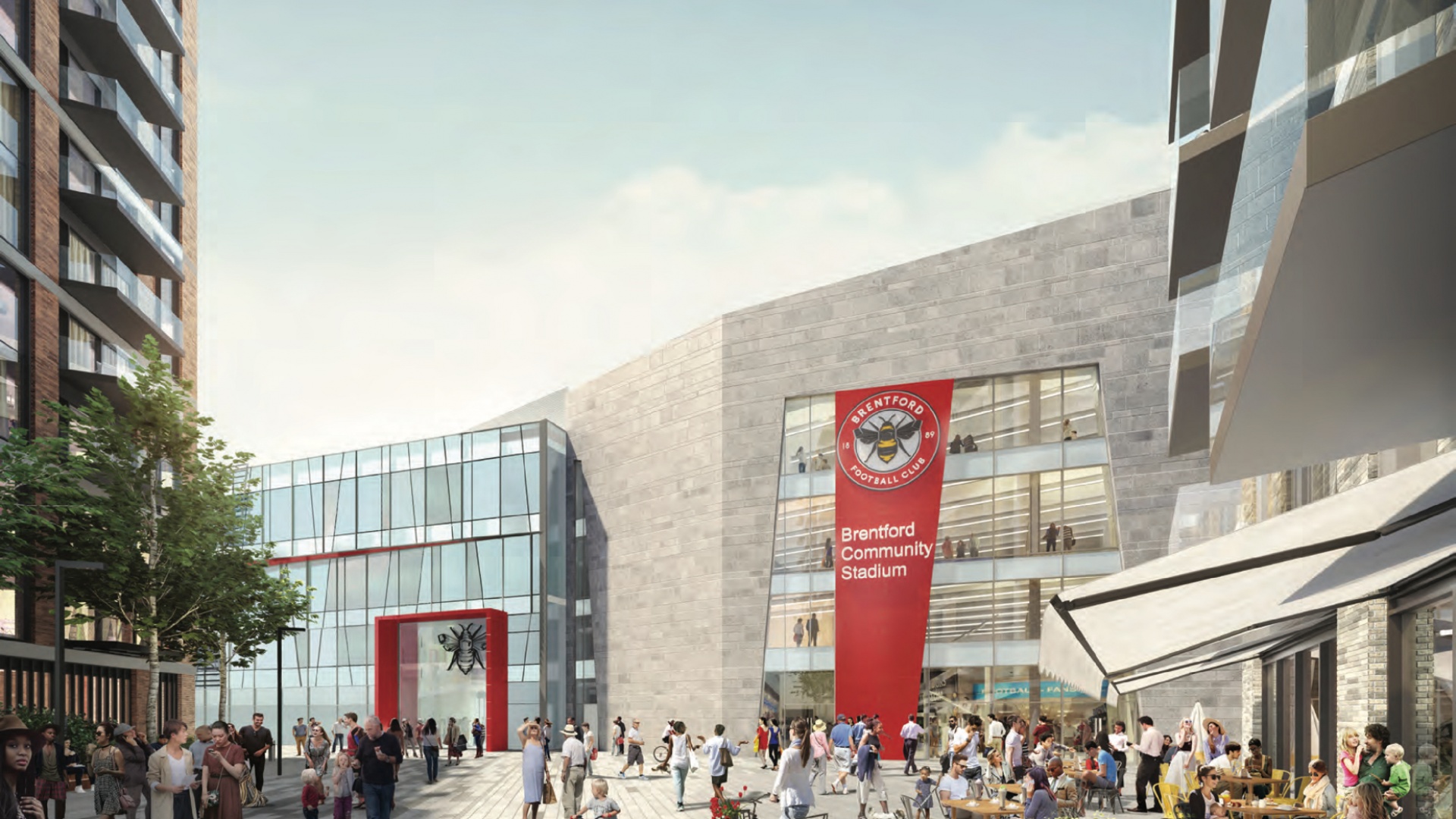 After a long period of planning and consultation with the Council, residents, businesses and fans, Brentford Football Club and development partner Be Living Ltd have confirmed that they are excited to be taking forward the construction of their new stadium and enabling residential development.

Be Living Ltd have been busy undertaking some site preparation and clearing works over the past few months, which has included the demolition of the Capital Court building and some test piling. The existing hoardings on Lionel Road South have also been moved to allow a safe zone for future works. This is under licence from the Council and has resulted in a slightly narrower section of pavement (although keeping a required width of 1.2m) for pedestrians and will mean cyclists need to dismount.

Buckingham Group will be the main contractor for the stadium build. They bring with them over 30 years of experience in completing major developments, including Brighton & Hove Albion FC’s AMEX Community Stadium, Falmer Stadium, Cardiff City Stadium and Leicester Tigers’ Welford Road Stadium.

With final enabling works complete, Buckingham Group will now start on site for the stadium and first phase of residential development (Central Eastern and Central Southern) with some initial piling work. A system called CFA (Continuous Flight Auger) will be used, which is the quietest form of piling for major construction projects, creating significantly less noise and vibration than conventional driven piles. Brentford FC advised that residents may notice some increase in traffic movements to the site over the coming months as activity increases, although they confirmed this will be managed strictly in coordination with the Council.

They also confirmed that every effort will be made to minimise disruption throughout the works and a Construction Environmental Management Plan and Construction Logistics Plan have been prepared by Buckingham Group and Be Living for the development. This will continue to be updated as works progress and is something the club will share and agree with the London Borough of Hounslow.

In December 2017, the London Borough of Hounslow approved final planning amendments for Brentford FC’s new community stadium development. A formal decision notice was issued by the Council in February 2018 and the main construction works have now commenced.

Interested parties can keep up to date with the latest developments on Brentford’s new stadium by registering their interest here.

We will be bringing you an in-depth interview with Brentford FC’s Director of Ticketing, Marketing, Digital & Insight, Kurt Pittman, in the coming weeks, so stay tuned!