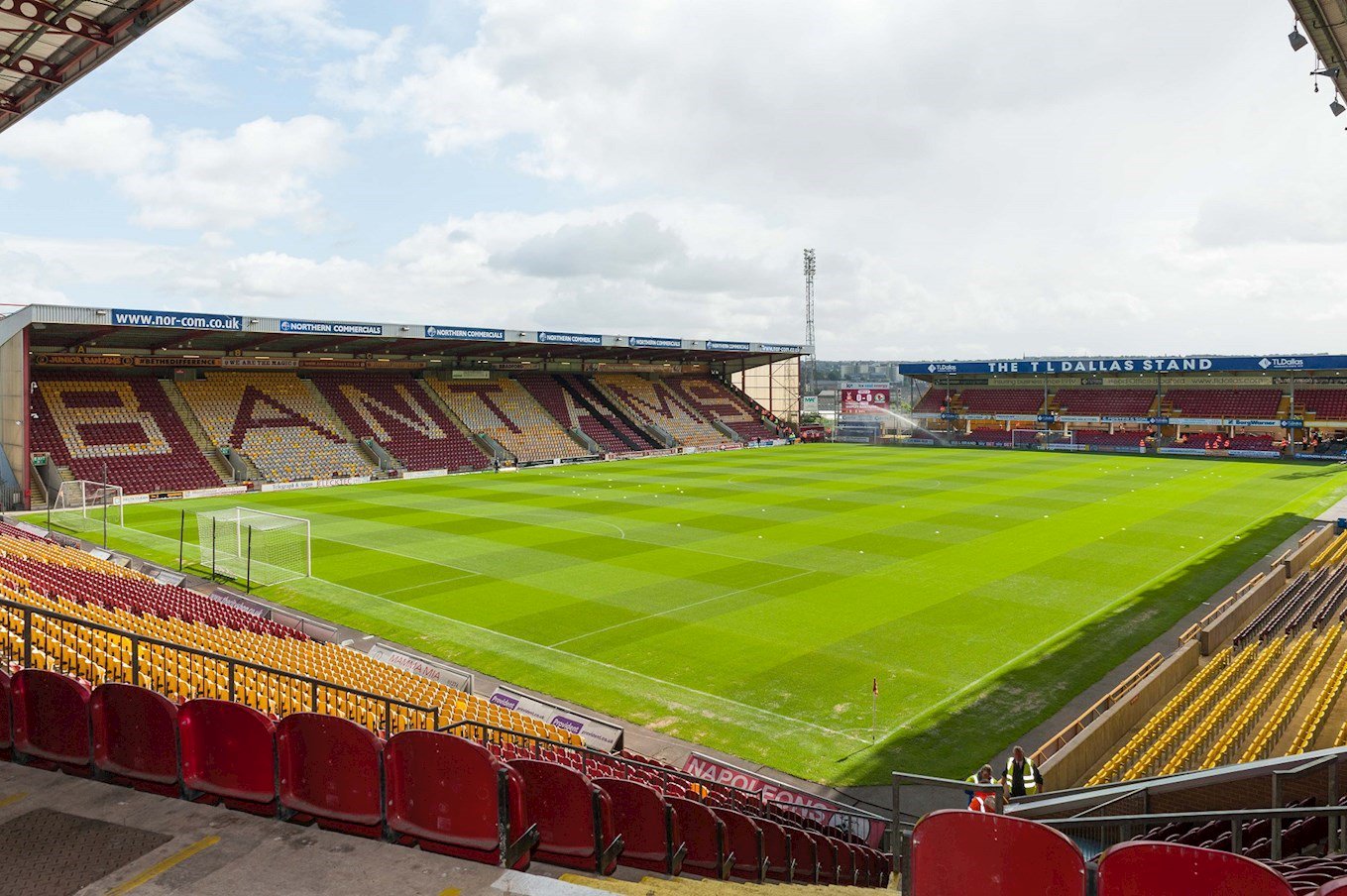 Bradford City Football Club has confirmed that they have committed to significant upgrades to the Valley Parade pitch, along with the necessary repair and replacement of the existing drainage system at the stadium.

The works will be carried out during the close season and shows a real belief from the owners to invest in the infrastructure of the club.

Following months of poor weather and the declining quality of the surface, Bradford City AFC enlisted the expertise of FIFA and UEFA approved consultant Richard Hayden, from Hayden Turfcare Ltd in Wetherby, who will oversee the works, which will be carried out by North of England firm CLS Sport Ltd (in the close season).

In 2018, Hayden completed his 300th pitch over a 20 year career, including the FIFA World Cup and the UEFA EURO championship events.

I’m delighted to be working with Bradford City FC on this project. They are a progressive club and we both want to have the best surface possible.

Being based locally allows us to provide support to Head Groundsman, Mick Doyle, and Operations & Stadium Manager, Paula Watson, on the management of the pitch throughout the season. It’s good to be back in Bradford.

In order to ensure the club knew the full extent of the problems, the Sports Turf Research Institute (STRI) in Bingley were employed to carry out a full survey to confirm the reasons behind the pitch deterioration.

The postponement of the Milton Keynes and Walsall games disappointed everyone connected with the club but despite all the ground staff’s best efforts, the combination of a very old drainage system and heavy rain means that water simply rests on the surface, killing the grass and no matter how much work is done by hand or with machinery, it is hard to recover.

This work is long overdue. The primary drains were installed in 1987 and there has been no upgrade to this system since. As such, without major investment we would only be prolonging issues and not solving them. This work therefore was necessary.

From a club perspective, it would be preferable to be spending the thousands of pounds on more exciting projects that directly benefit supporters but we hope that having a much better surface which fans can be proud of will be appreciated as opposed to the opposite effect it has had in recent months.

For further information, go to: https://www.bradfordcityfc.co.uk/news/2018/april/club-commits-to-pitch-work/