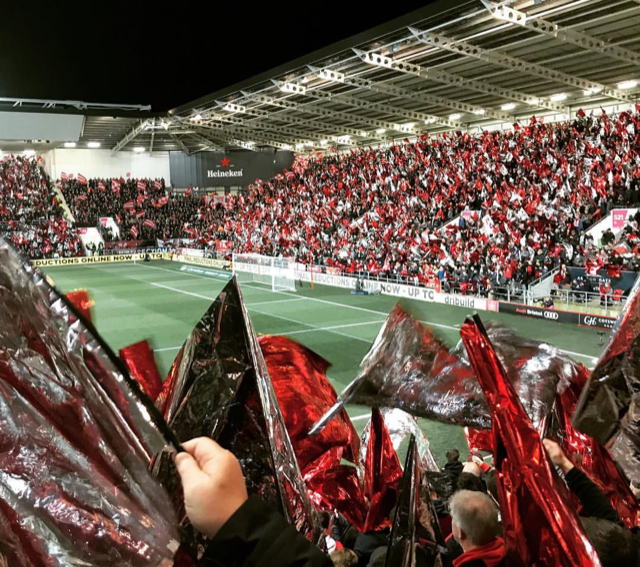 Ashton Gate Stadium was the venue for the nail-biting semi-final of the Carabao Cup last month, which saw Championship side Bristol City take on English Premier League behemoths Manchester City. To mark the occasion and enhance the atmosphere, the Club turned to Supporters Art UK.

As the official UK partner for Supporters GmbH, which has been providing football fans and clubs with Tifo display materials and personalised merchandise since 2002, Supporters Art UK, came up with a plan to deliver something exceptional for this extra special game.

I had met Bristol City SLO Matt Parsons when he was working for Arsenal FC. After Bristol City knocked out Manchester United in the quarter final, Matt got in touch to discuss what we could do to really add something special for the semi final v Manchester City.

Because the game would be played under the floodlights, I suggested the Metallic Foil flags would work really well. The effect the club and fan groups were after was a shimmering sea of colour. I flew down to Bristol on the Monday morning to meet with Matt and his team of volunteers from the Community Trust and we got to work setting up 22,000 flags.

The following evening, the atmosphere around Ashton Gate was electric, and the fans all waved the flags in the build up to kick off and as the teams emerged from the tunnel the stadium looked magnificent with a sea of shimmering Red & Silver flags in the stands.

The result didn’t quite go their way against the millionaires of Manchester City but they did their city and fans proud with a valiant effort over 2 legs.

One thing’s for sure, the thousands of fans who attended the game will never forget the scenes that night. 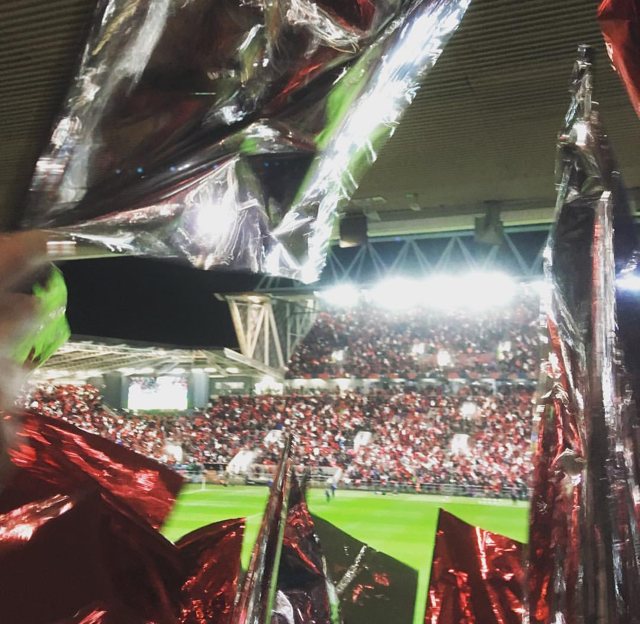 You can email Stephen McCormick for more information at: contact@supporters-uk.com