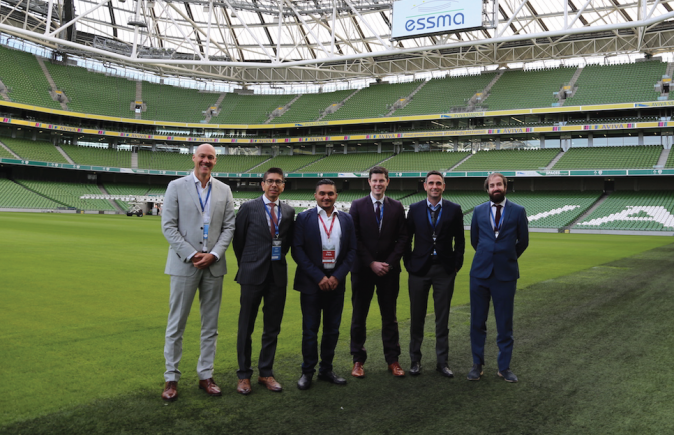 Al Mulla advised the 375+ sports industry professionals in attendance that all eight venues would be completed well in advance of the 2022 FIFA World Cup™ tournament. He also said that Qatar remains committed to hosting a historic event that bridges cultures in just four years’ time.

Khalifa International Stadium is already completed and was opened by His Highness The Emir last May. The other seven stadiums are currently being constructed, with two – Al Wakrah Stadium and Al Bayt Stadium – close to completion.

As well as updating delegates on infrastructure progress, he also spoke about the power of hosting mega events such as the FIFA World Cup™.

Al Mulla told delegates at the Summit, which was held at Dublin’s iconic Aviva Stadium:

The event is helping to accelerate progress across Qatar. It is also helping to break down social barriers. We know that sport has the power to bring people together and help them understand different cultures.

Hosting the first World Cup in the Middle East is a huge responsibility and we are determined to make the whole region very proud. 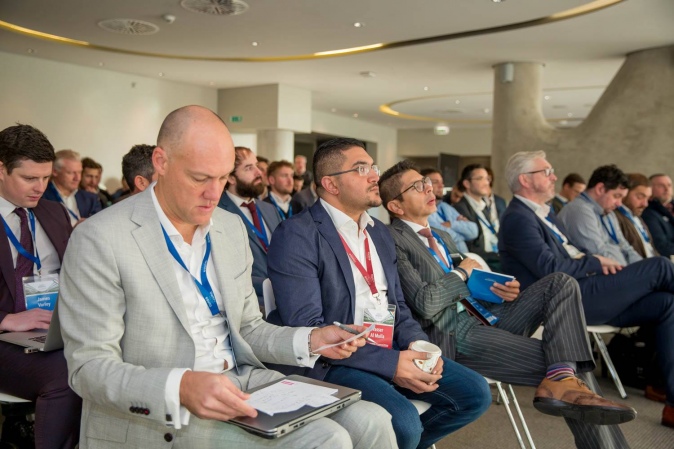 During a separate presentation, Al Mulla gave details of the SC’s pitch development project and its drive to create the perfect playing conditions for 2022, as he advised:

We have developed significant turf development knowledge for Qatar’s conditions. We have created a state-of-the-art research and development centre – one of only two in the world – which aims to deliver the perfect pitch for 2022. Our aim is to develop a signature pitch that can be used in winter or summer, in shade or in sunlight.

Al Mulla also revealed that the SC had tested no less than 24 different types of grass during its research and had broken a world record by re-laying the pitch at Khalifa International Stadium in just 13.5 hours; a major feat. He added:

Our trials have provided insightful data on grass resilience for different weather conditions and soil types. We will soon reveal the signature design grass species to be used during the tournament.

The annual ESSMA Summit offers a platform for stadium professionals to share, learn and discuss topics related to stadium development, operations and ticketing, sustainability, safety and security, fan entertainment and hospitality, and pitch management. This year’s summit, which was hosted by Aviva Stadium and held in partnership with the European Professional Football Leagues (EPFL) and the European Club Association (ECA), attracted speakers from clubs across Europe and indeed even further afield, including Arsenal, Bayern Munich, Juventus and Valencia. More than 375 participants from clubs, stadiums, leagues and federations attended the two-day event, which was established in 2015.