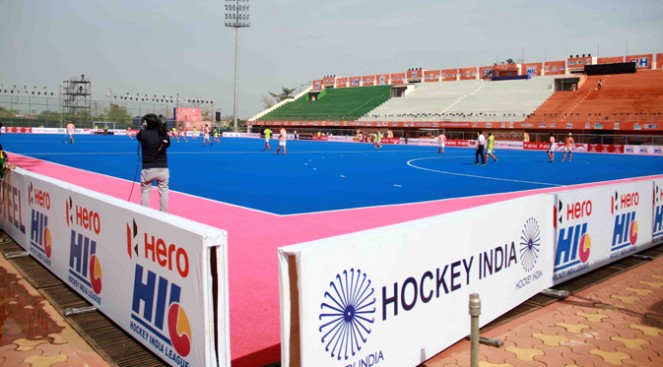 In this latest Feature Article, Ankan Banerjee, a professor in Sports Management, discusses the present status of sports infrastructure in India and necessary recommendations for further development.

Sports infrastructure plays a crucial role in achieving excellence in the global arena of sports. It not only helps in producing sports persons of international repute, but also encourages the young population of a country to participate in sporting activities with the objective of creating a culturing of sports. In India, the standard of sports infrastructure is not at a satisfactory level for a number of reasons.

The lack of infrastructural facilities is one of the major constraints in the process of development of sports in India. The objective of this article is to analyze the present state of sports infrastructure of the country and propose a possible road map for its development.

In recent years, a phenomenal growth has been observed in Indian sports with the staging of mega sports events, such as the U-17 FIFA Football World Cup, Commonwealth Games 2010, Hockey World Cup and Cricket World Cup.

In the 2016 Rio Summer Olympic Games, India won a Silver medal in badminton and a Bronze medal in wrestling. P.V. Sindhu, the badminton icon of the country, became the youngest Indian to win an Olympic medal. India won a total of six medals in the 2012 London Olympics, including two Silver and four Bronze medals. The success of Sushil Kumar, Abhinav Bindra, Mary Kom, P.V. Sindhu, Saina Nehwal, Sakshi Malik and Sania Mirza has already established the country on the global sports map.

The continued success of Jeev Milkha Singh, Arjun Atwal and Jyoti Randhawa has created a prominent position for India in the discipline of golf. In cricket, India has already emerged as a superpower due to its excellence in sporting and commercial performances.

Despite all these successes, it is pertinent to mention that the status of sports infrastructure in India is yet to reach the desired level. This creates an obstacle in developing a culture of sports in the country.

1982 was a significant year in the history of sports in India when the country organized the Asian Games for the second time. Prior to that, hardly any emphasis was given to sports in the public policies of the country.

Some of the major initiatives taken for the development of sports infrastructure in India are mentioned below:

·   Scheme of Grants for Creation of Sports Infrastructure including Rural Schools, for which INR 942.5 million was allocated

·   Scheme of Grants for Installing of Synthetic Playing Surfaces, for which INR 201.3 million was allocated

·   Scheme of Grants for Promotion of Games and Sports in Universities and Colleges, for which INR 328 million was allocated

·   Scheme of assistance for the creation of Urban Sports infrastructure

The support from the central government was substantially withdrawn with the shift of the schemes, related to sports infrastructure, to the states in the Tenth Five Year Plan. This has created further problem.

The non-availability of land for building sports infrastructure is another major obstacle. Moreover, not much initiative has been observed till now in promoting sports-specific infrastructure by adopting PPP model to ensure the sustainability of these facilities.

The commercial aspects for generating revenue from these infrastructural facilities have not yet been explored properly.

These are some of the major obstacles in building and sustaining sports infrastructure in India.

The following recommendations may be made for the development of sports infrastructure in the country:

·   To introduce various commercial aspects, such as selling the Naming Rights, Hospitality Packages and branding inside the stadiums, to make these facilities financially sustainable

·   To use these facilities for multiple purposes, such as organizing exhibitions, conferences or for the setting up of sports academies

The above solutions may help in overcoming the obstacles India faces in the area of sports infrastructure. However, a change in the mind-set of the decision makers in sports, politics and related fields is a prerequisite for implementing the solutions.

It is a pity that majority of the children going to schools in India do not get the opportunity to take part in sports due to the lack of infrastructure or even open spaces. Who will solve this? A joint effort is needed. We all are waiting for a change in the mindset for improving sports in the country. 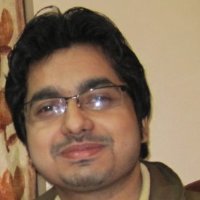 Ankan is a dynamic professional with rich experience in diversified areas of sports including administration, operations, marketing, research, consultancy, teaching and training. At present, he is working as a Professor of the Sports Management Department of IISWBM, Kolkata, which is the oldest management institute of India. His experience in the field of sports management started as the Research Executive of Comperio Research, the market research arm of IMG. After a brief stint with Comperio Research, he joined All India Football Federation (AIFF), the national body of football in India, as the Event Coordinator, where his job profile included preparing and maintaining the Licensing Criteria for introducing professional football in India, overall management of the I-League, liaison with the representatives of Asian Football Confederation (AFC) etc. During his tenure with AIFF, Ankan attended a course on Match Coordination conducted by FIFA. After AIFF, he joined New World Consulting, a Bangalore-based Sports Management Company, and was involved in various projects including the brand management of overseas clubs and leagues in India. More than 50 articles of Ankan’s have been published across various websites, including SportsKeeda, The Sports Digest, Fever Pitch and The Views Paper. Apart from teaching, he is also associated with various sports management companies, NGOs and governmental organizations for consultancy projects. You may read Ankan’s views on sports via his blog @ http://wwwsportsenthusiast.blogspot.in/

Main image (top): Kalinga Stadium’s capacity has been increased from 5,000 to 15,000 in preparation of the venue’s hosting of the 2018 Men’s Hockey World Cup. Courtesy: DragFlickWorld.com