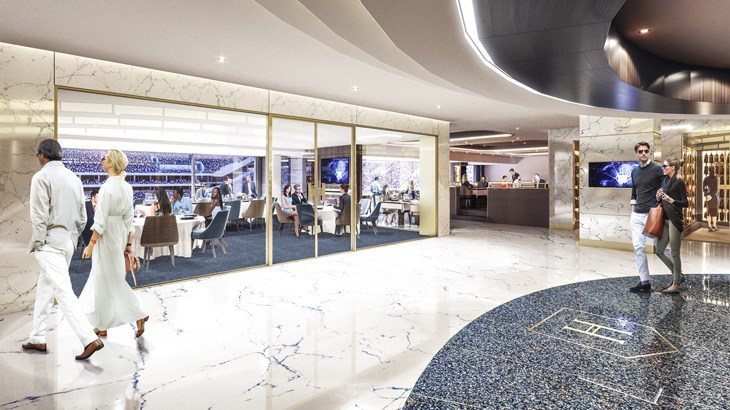 Tottenham Hotspur, along with its Official Catering Partner, Levy UK, has revealed the full line-up of world-renowned chefs bringing their expertise to the premium offering at the Club’s new stadium, with Bryn Williams and Dipna Anand the final additions.

To mark the announcement, new CGI images of the premium areas in Tottenham Hotspur’s new stadium have been released, showcasing the exceptional surroundings guests will experience when the stadium opens in August 2018.

Award-winning Williams and Anand join the illustrious Roux family and Chris Galvin in bringing their celebrated cuisine to the prestigious On Four lounges and suites at the venue, as the Club aims to redefine the premium experience within football.

On Four, located on level four of the new stadium, will provide an unparalleled line-up of esteemed chefs within one sporting venue, allowing guests to enjoy a wide variety of signature dishes originating from all over the globe at matchdays throughout the season.

One of the numerous experiences that can be found On Four is the flagship restaurant and lounge The H Club. Set to become London’s next top Members’ Club, The H Club is situated on the halfway line and offers fantastic views from which to view the action. Members can select from five dining experiences throughout the season. Options range from:

In addition to the dining options available, guests will enjoy money-can’t-buy experiences such as the exclusive presentation of the Man of the Match award after each game and the chance to meet and talk to the nominated player. Meanwhile, members’ favourite wines, cognacs and liquors can be stored in a glass-fronted, temperature-controlled display vault throughout the season.

On Four also includes Super Suites that can be fully customised by an interior designer to reflect an individual’s or brand’s values, and Super Loges, that offer the intimacy of a private dining experience and the atmosphere of a restaurant and bar.

Bryn Williams partners with Tottenham Hotspur having been part of the most prestigious kitchen teams in the UK. Working under Marco Pierre White at The Criterion, Michel Roux Jr at Le Gavroche, residing as senior-sous chef at The Orrery, and is now Chef Patron of Odette’s, London. He will design and prepare the entire On Four menu and oversee the service delivery at a range of our matches next season. Bryn said:

It’s incredibly exciting to bring my signature dishes and Britain’s finest produce to the Club’s new stadium. The H Club closely resembles Michelin star restaurants across the globe in everything from the design and atmosphere, to the food that will be served. I’m looking forward to being part of something that takes the food offering at sports and entertainment facilities to another level.

London-born Dipna Anand is known for her celebrated Southall restaurant Brilliant, as featured in Gordon Ramsey’s ‘Best’ on Channel 4, which specialises in providing authentic Indian food and boasts celebrity fans including Prince Charles. She said:

I have a love affair with Indian cooking and through this exciting collaboration with Tottenham Hotspur, I’m looking forward to bringing the fantastic Indian dishes I grew up with to a new audience. At one match, guests On Four might be eating the finest European cuisine courtesy of the Roux family, Chris or Bryn, and the next they will sample my taste of Asia – there is a great variety on offer.

Bryn and Dipna complete what is an outstanding line-up of acclaimed chefs that will further enhance the premium offering at our New Stadium. Not only do they bring great culinary expertise and experience, they also offer unrivalled variety for guests On Four to enjoy. These partnerships with some of the world’s finest chefs demonstrates the commitment the Club is showing in delivering what will be London’s best sports and entertainment venue in every aspect.

In addition to the chefs now confirmed, at seven games each season the Club will offer emerging ‘Hero Chefs’ the opportunity to showcase their talent On Four. Chefs from the local area and entrants into competitions such as the Craft Guild of Chefs ‘National Chef of Year’ will be chosen to design the menu and host service On Four, following in the footsteps of the Roux family, Chris Galvin, Bryn Williams and Dipna Anand.

Set to open in 2018, London’s largest capacity football club ground will feature a retractable grass field for our home fixtures with an artificial surface underneath that will be multi-use and capable of hosting NFL matches, concerts and other high-profile events. 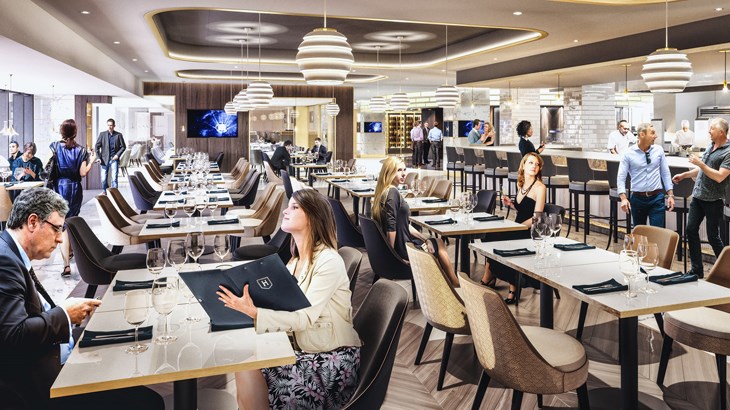 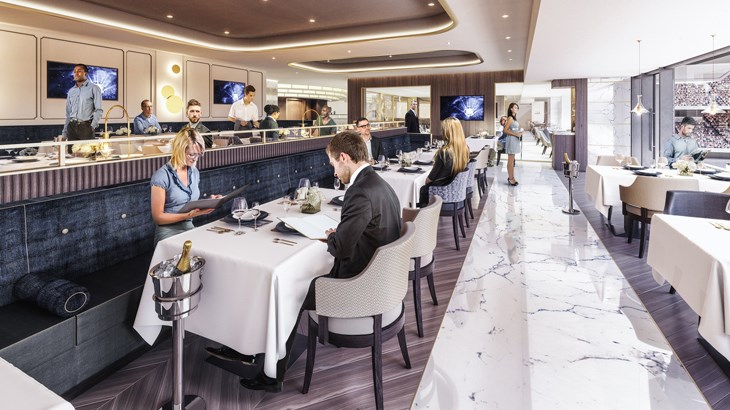