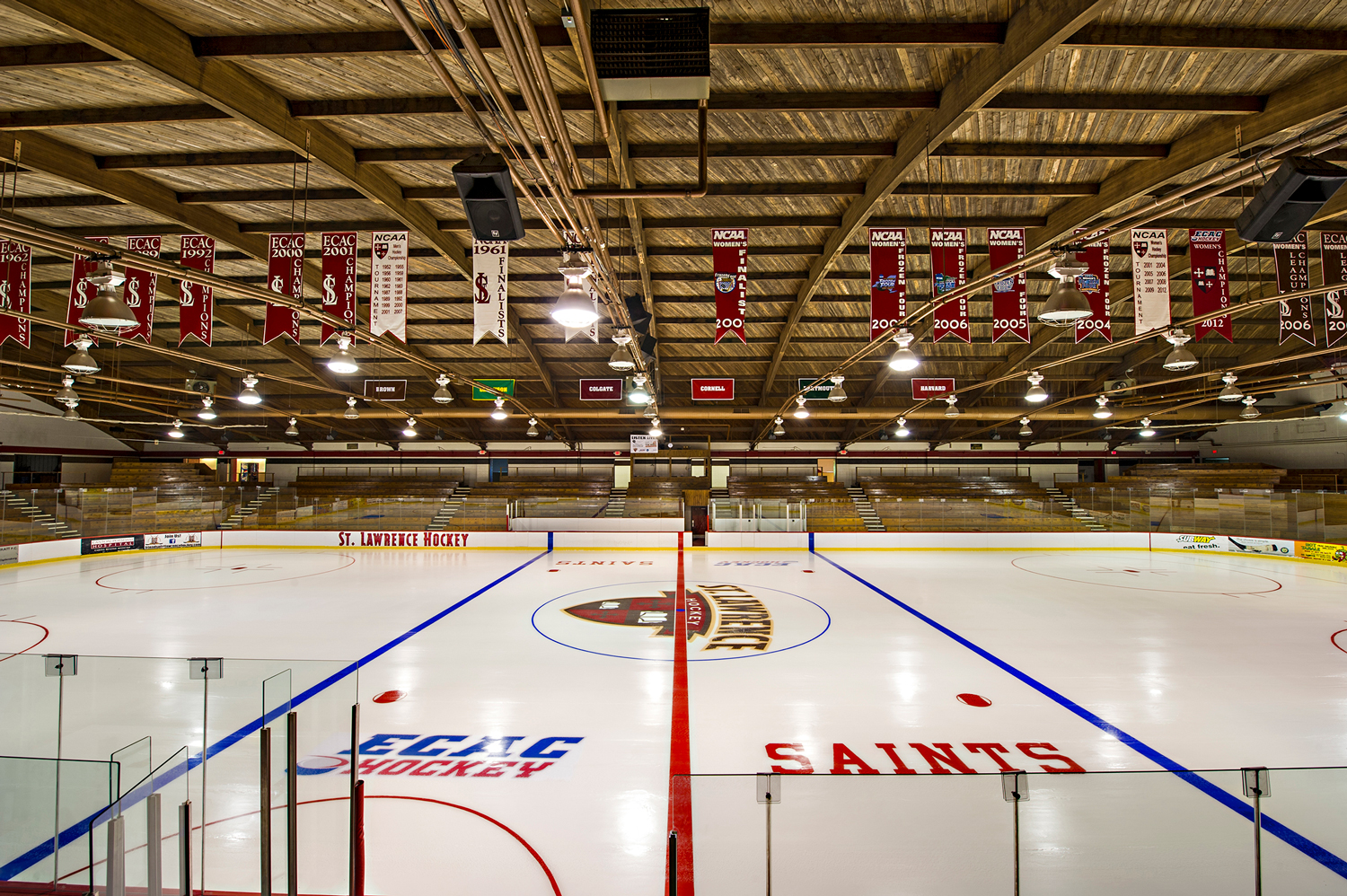 One of the premier architectural companies for designing sports venues not only in North America but also globally has been selected by St. Lawrence University to conduct a comprehensive study for enhancing Appleton Arena.

In September, St. Lawrence University received a private planning gift to begin a study for renewing and enhancing Appleton Arena, home to the Saints’ NCAA Division I men’s and women’s hockey teams. Recently, the campus finalised a contract with HOK, a global design firm that has designed stadiums for professional and collegiate teams, including the recently opened Little Caesars Arena, the new home of the Detroit Red Wings and Detroit Pistons.

To have the opportunity to work with the caliber of company like HOK puts us at the ‘top of our game. Their experience, wisdom, and professional attitude is second to none.

HOK will conduct a comprehensive study of Appleton and deliver its findings to the University’s Steering, Planning, and Oversight Committee, as well as its Campus User Group. The company has already made a visit to campus and presented preliminary concepts to the two groups.

Originally opened in 1951, Appleton Arena is regarded as one of the University’s significant “heritage” facilities. A gift from alumnus Tom Dolan ’74 and the Dolan Family Foundation made the study possible in order to benefit student-athletes in the hockey programs, as well as other intercollegiate and intramural sports, while also improving the spectator experience both in the Arena and through online livestream.

Preserving the heritage of Appleton was a number one priority for the campus, and HOK is very excited about working with us to preserve the old character of the arena. Having a firm with so many people that have worked on professional and collegiate stadiums, they can bring a lot of ideas to the table and always seem a step ahead of the game.

HOK plans to wrap up its design study by April 2018, Seaman said. Once the University is able to secure the necessary funding to complete the renovations, the project would take approximately 18 months and would not cause any disruption to the teams’ game schedules in Appleton.

When you have a company that has designed some of the top facilities at the professional, and highest collegiate levels, I am confident that we will come away with preserving the best of Appleton Arena with enhancements that will provide us with something truly special.

We’re looking forward to working with St. Lawrence University on this milestone project. Appleton Arena is a special place with a rich heritage. We look forward to preserving the character and charm of the venue, while modernizing the fan and athlete experience.

Image caption: St. Lawrence University has signed a contract with HOK to conduct the comprehensive study for renovations to Appleton Arena