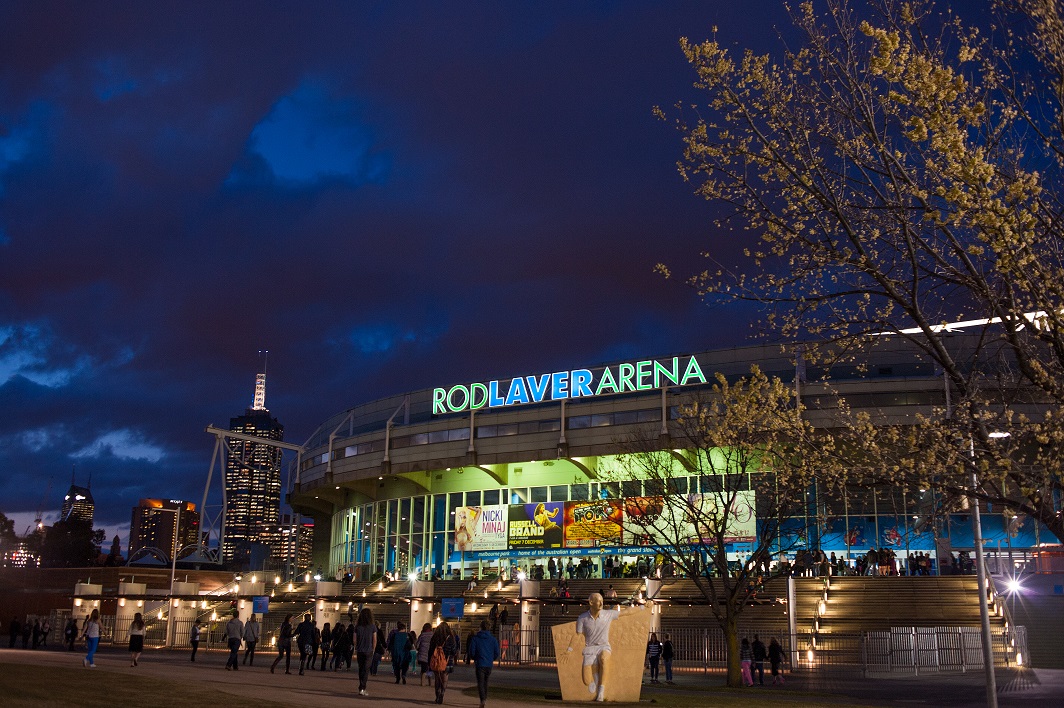 From tennis matches to international rock stars and motorbike super-cross, Rod Laver Arena has welcomed them all.

The most dynamic transformation Rod Laver Arena has seen to date was in March 2007 with the FINA World Swimming Championships, when a 50-metre temporary pool was built on the Arena’s floor.

A vital design specification was a retractable roof; its innovation a world first, which means it is still the largest Australian area that can be both indoor and outdoor.

It is also the Australian Open Tennis Tournament’s Centre Court and has featured family shows such as Disney On Ice, as well as novel events like wrestling and the FINA World Swimming Championships.

Rod Laver Arena has facilitated concert spectaculars across every genre of music and entertainment, from the Wiggles to Metallica, Pavarotti to Lady Gaga. Millions have passed through the turnstiles to see the latest stars. Some artists have even had a backstage room named after them, like John Farnham, or inspired permanent Hollywood stars in their honour!