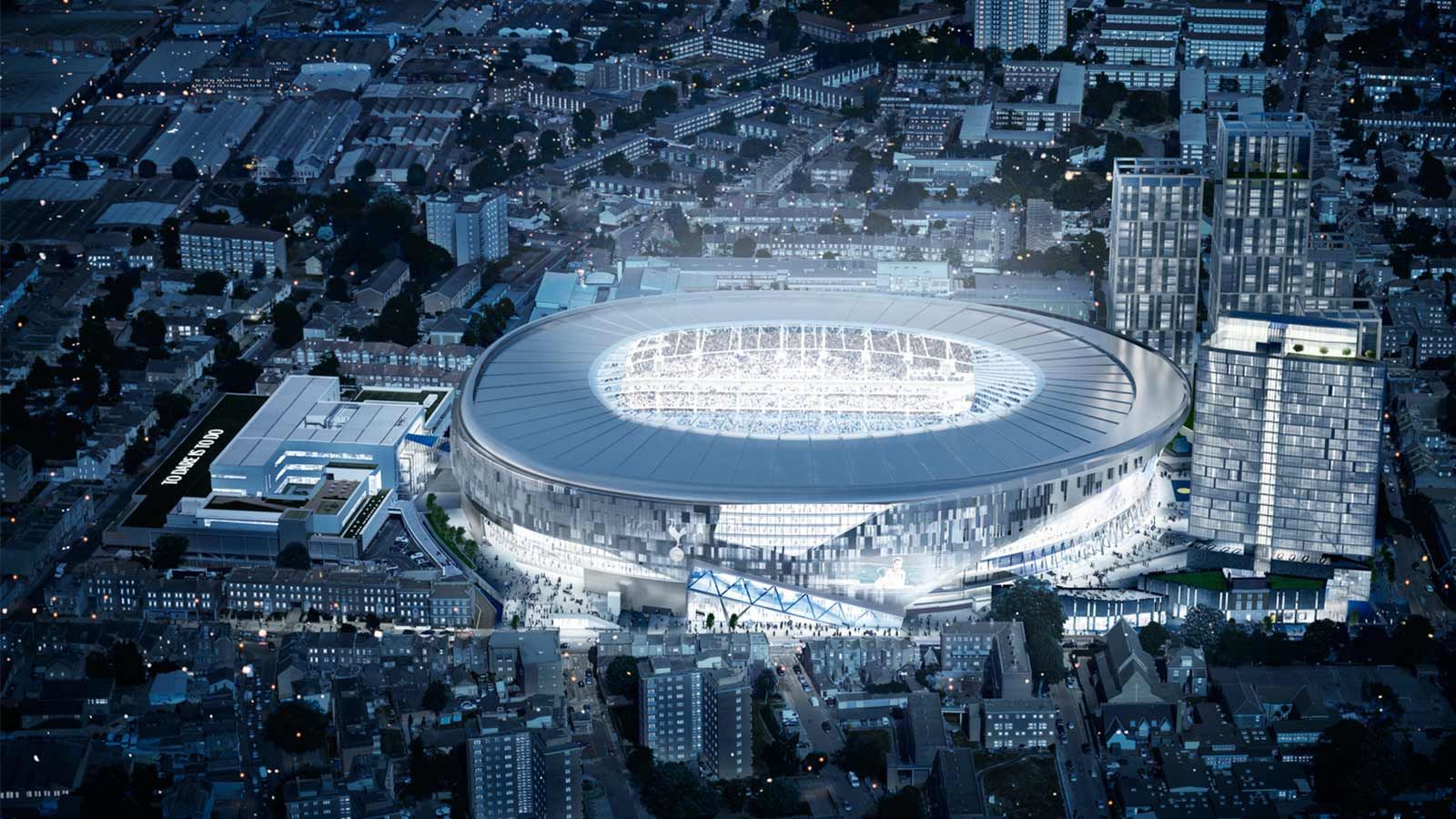 Despite the fact that Tottenham Hotspur FC’s Chairman, Daniel Levy, only handed over the keys to White Hart Lane to Mark Reynolds, CEO of Mace – the Main Contractor for the construction of the club’s new world-class stadium – at the start of this week, the demolition work is already well underway.

THFC said their final farewells to their world famous home of 118 years following their match against Manchester United – the last ever to be played at the historic venue.

Valuable items from within the stadium have been retained and placed in storage. Items include notable signage from around the ground and artefacts such as old shirts, trophies and images on display in hospitality lounges and cabinets. The vast array of items will either be placed on display within what will become ‘The Tottenham Experience’, auctioned in aid of the Tottenham Tribute Trust, donated to local sports clubs and good causes or retained as personal keepsakes by former players who own the items.

Levy said at the formal handing over ceremony:

Today marks yet another historic milestone in our continued progress to deliver our world class new stadium. However, it is also a sombre occasion upon which the Club formally hands over its home of 118 years – one filled with so many special memories for us.

The Populous-designed new stadium will feature a retractable grass field for Tottenham Hotspur home fixtures, with an artificial surface underneath that will be multi-use and capable of hosting NFL matches, concerts and other high-profile events.

Populous have worked hard with the Club to ensure that the fan experience and stadium atmosphere are at the heart of the design. A 17,000 single tier stand, the largest in the UK, will generate ‘a wall of sound’ coupled with a tight atmospheric bowl ensuring spectators are closer to the pitch than at any other comparable ground in the UK with uninterrupted views for all at every event.

We believe our new stadium will redefine sports and entertainment experiences. We have travelled to some of the best venues in the world to ensure no stone is left unturned in order to deliver experiences that are unparalleled for all our visitors.  It will provide the world-class facilities our players and fans deserve and bring much needed regeneration to the local area.

The club advised via its website that they will continue to keep fans and local residents up-to-date with key information around the demolition process. 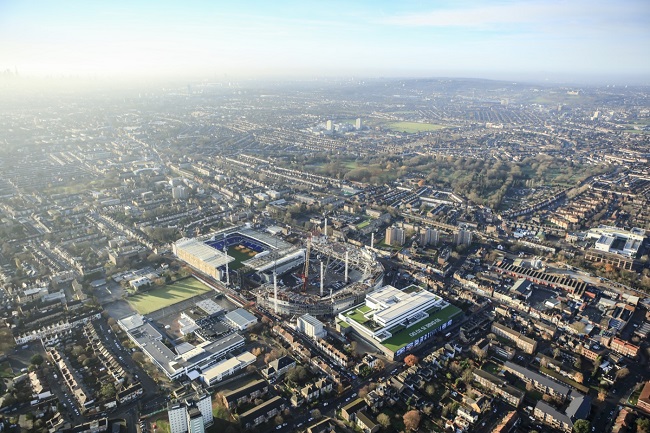 By developing Tottenham Hotspur’s new stadium, Mace are helping to create a major sports and entertainment landmark for visitors, the wider community, London and the UK.

Designed by world-renowned architectural practice Populous with a capacity of 61,559, the tight atmospheric bowl will ensure spectators are closer to the pitch than at any other comparable ground in the UK with uninterrupted views for everyone at any event.

The stadium has been designed for atmosphere including the incorporation of the UK’s largest single tier stand, the home southern end, which will be able to hold up to 17,000 fans.

The venue won’t just cater for football as Tottenham Hotspur has agreed a long-term partnership with the National Football League (NFL) that will see a minimum of two American football games played at the stadium each season for 10 years. This has been made possible thanks to a retractable grass field for Tottenham Hotspur home fixtures with an artificial surface underneath that will be multi-use and capable of hosting NFL matches, concerts and other high-profile events.

Dedicated facilities for the NFL – including locker rooms and medical facilities – are also provided so the club’s facilities are never compromised by the need to cater for other users.

We are privileged and thrilled to join the team to take the new stadium to its next stage of development. We look forward to working with the Club and its consultants to make sure the project is a success. It is of critical importance as it is the flagship development that will act as a catalyst for the regeneration of this area.

Graham Barter, Project Director for Mace on the project, said:

This project is going to be world-renowned once complete. The build and engineering really is one of a kind, made possible by all the specialisms that have come together on the project.

Our stunning new stadium design and wider scheme will deliver an unrivalled fan experience and significant community benefits – creating a world class sports and entertainment destination for all – and in our birthplace of Tottenham.

It will be our new home for generations to come and we want it to be exceptional.

You can watch the new stadium’s progress online at: http://new-stadium.tottenhamhotspur.com/interact

The first purpose-built glass-walled Tunnel Club in the UK will allow lounge guests to see the inner sanctum of professional sports, with a behind-the-scenes view of the players’ tunnel, before enjoying the action from player-spec ‘Recaro-style’ seats, located behind the First Team technical area. Along with new concepts, traditional hospitality spaces have also been redefined. With 5 dining options available to guests, the H Club is an exceptional Members’ Club that will offer a range of Michelin star dining experiences, including the opportunity to dine at the chef’s table or with Club legends on a privately hosted table. In the Upper and Lower East and West Clubs, fans will be able to enjoy formal dining one week, before choosing between a mixology masterclass or a brasserie style meal the next. In another UK first, a series of ‘loge’ spaces have been located within these Clubs, offering private space within the atmosphere of the overall Club environment.

At every level and for every guest, the design by Populous and Jump Studios is designed to present each visitor with a unique experience that will compete with every venue in the world. The philosophy of choice, opportunity and attention to detail flows into and through every space within the new stadium.

Each level of hospitality is designed to fit seamlessly into the stadium, and within its wider context in North London. The Sky Lounges, which perch upon the East and West Stands, are designed to completely redefine the fan experience within the world of international sport – watching the action from an incredible vantage point, while simultaneously gazing out over the city of London. Stretching from one end of the pitch to the other, these open, glass-lined spaces will allow an all-encompassing viewing platform for the super fan, as well as being intrinsically linked to every other fan and the spirit of Tottenham Hotspur Football Club.