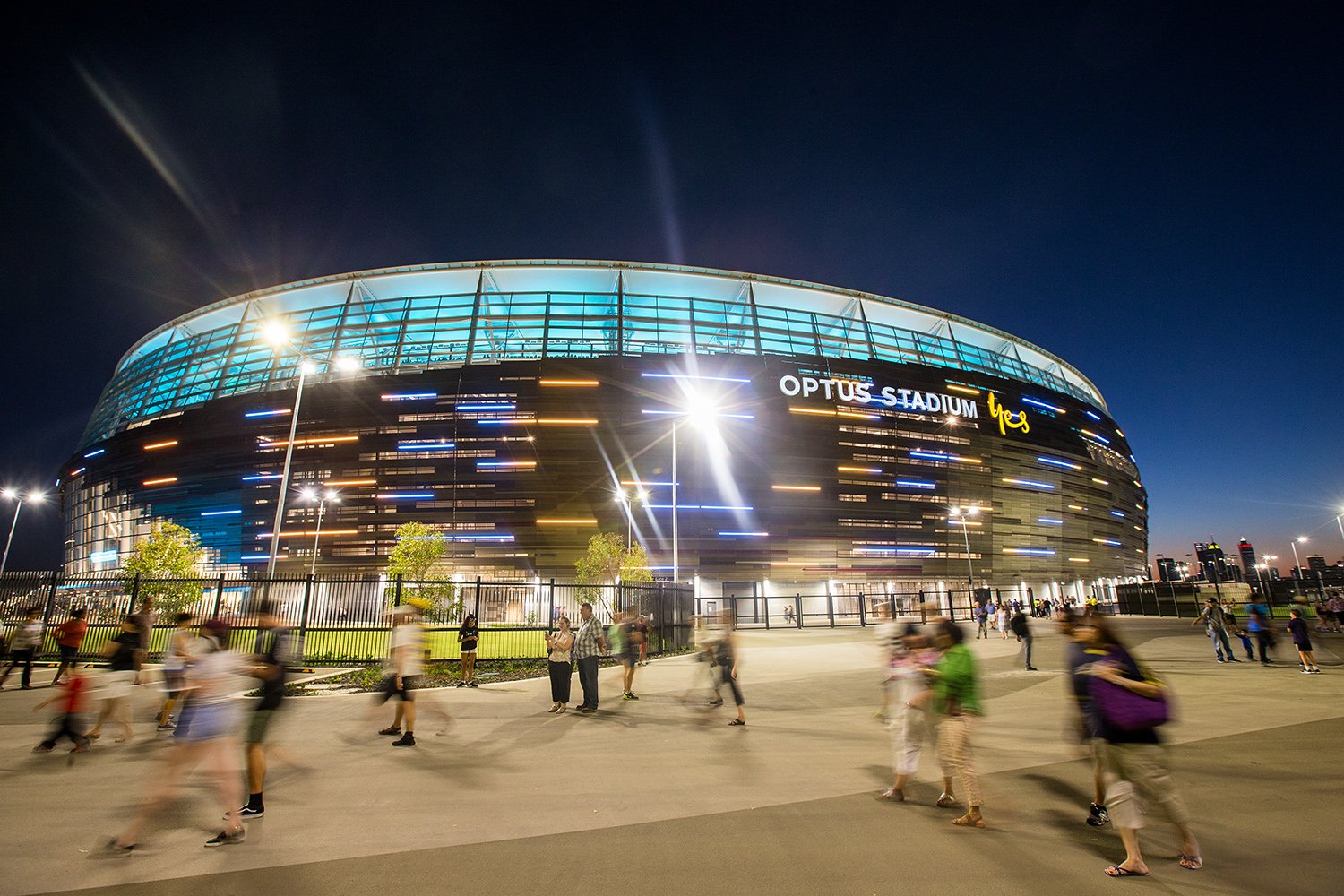 The newly-named Optus Stadium (i.e. the new Perth Stadium) is a brand new, 60,000-seat, multi-purpose stadium, which opened in time for the start of the 2018 Australian Rules Football (AFL) season.

Optus Stadium is multi-purpose, accommodating AFL, cricket, rugby league and union, soccer and entertainment events. The venue also has the capability to host major events consistent with the requirements for Commonwealth Games and international athletics.

The stadium has a large number of premium spaces that can accommodate a range of conferences, conventions, weddings and private functions of different scales (maximum 1,500 people in function room) on non-game days.

DETAILS ON THE KEY SPORTING & NON-SPORTING EVENTS TO BE HELD AT THE VENUE:

Agreement has been reached with Cricket Australia ensuring that ten days of International Cricket and all Big Bash League matches will be played at Perth Stadium.

Additionally, in 2019 the NRL State of Origin II and Bledisloe Cup are set to be played at Perth Stadium. This is a fantastic result for sport lovers and the local tourist industry which is set to benefit from thousands of visitors to the State.

Further announcements on major events for Optus Stadium are expected and Sports Venue Business (SVB) will of course keep you updated on these.