O2 retains naming-rights to The O2 Arena for another decade 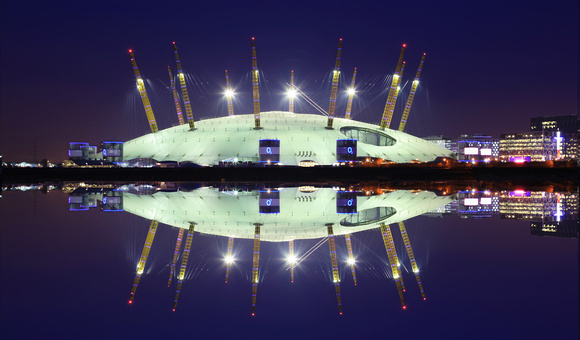 Almost a decade ago, The O2 was transformed from a ‘white elephant’ into the world’s most successful music and entertainment venue when Bon Jovi burst onto the stage. On February 23, the venue announced that they’d struck a deal with O2 for them to remain the naming rights partner for another 10 years.

Since The O2’s birth in June 2007, some pretty extraordinary things have been witnessed at this world-class venue, including an epic 21-night consecutive run from the legendary performer Prince and reunion performances from the Spice Girls, Take That and Monty Python.

In that time, The O2’s welcomed 60 million visitors, not only to experience concerts, but also to see King Tutankhamun’s treasures, witness events in the 2012 London Olympics, catch a movie at the 11-screen multiplex, or simply grab a bite or a drink at one of over 26 bars and restaurants. Many daring visitors have even taken the action outside by walking over the top of the structure with ‘Up at The O2’.

Over the next 10 years, the venue is going ‘BIG’ with customer experiences, including even more early-access Priority Tickets for O2 customers and a 205,00 square-foot designer outlet (opening in 2018).

The O2 will also be installing ground-breaking technology, which will give concert-goers an immersive experience that they can re-live and even share with their friends on social media. Exciting times lay ahead.

As The O2 is 10 years old, and is celebrating another 10 years to come, here are 10 fun facts from the venue’s website:

AEG is one of the leading sports and entertainment presenters in the world and is a wholly owned subsidiary of the Anschutz Company. With over 50 divisions, the AEG team works together to create one-of-a-kind live entertainment experiences.