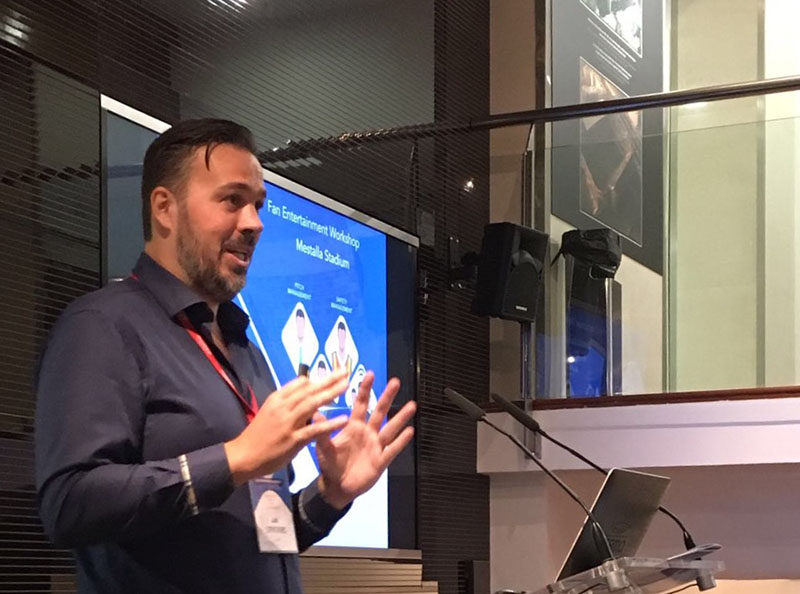 After five successful years as Director of Operations of the European Stadium & Safety Management Association (ESSMA), Jan Stryckers made his final farewell’s on January 1st 2017. During his tenure, the Association took steps to significantly grow in size and to develop new services and activities, including workshops and this month’s annual ESSMA Summit.

Jan joined ESSMA in November 2012, under the Presidency of John Beattie, Arsenal FC’s Stadium & Facilities Director. He contributed to the further professionalism and growth of the organisation.

During his time at the Association, ESSMA grew substantially to over 350 stadium members and 70 companies, and various services, such as the ‘Join the X-Manager’ and Media Packages, were also put in place. In terms of the ESSMA Summit, it is now one of the flagship events in the European stadium industry.

Speaking about his time at the Association, Jan said:

I would like to personally thank Jan for all his hard work he has completed for the Association. He has put great effort into driving the Association forward and making a success of the Summits and various workshops. I would like to take this opportunity to wish him well in his future ventures.

The European Stadium & Safety Management Association (ESSMA), is a not-for-profit organisation that provides a forum for stadium, safety and head grounds managers to exchange knowledge and expertise.

Although ESSMA has a European focus, it does allow non-European stadiums and organisations to join the Association. ESSMA was founded in 1996 by former Association President, Lionel Dreksler.

The third ESSMA Summit will take place at Parc Olympique Lyonnais (Parc OL) in Lyon, France, from January 16 to 18 2017. This must-attend stadium industry event is organised by ESSMA in partnership with the EPFL, ECA and the ICSS.

The ESSMA Summit offers a great opportunity to broaden your network in the stadium industry and provides participants with a unique setting in which to link-up with colleagues. Throughout the three days, learning, sharing and networking across different stadium industry niches will be at the heart of the event.

NB: Sports Venue Business Founder & CEO, Katie McIntyre, will be in attendance at this month’s ESSMA Summit. If you will be in attendance, and have an experience to share or a story to tell, then make sure to email Katie at: katie@sportsvenuebusiness.com to arrange a meeting.