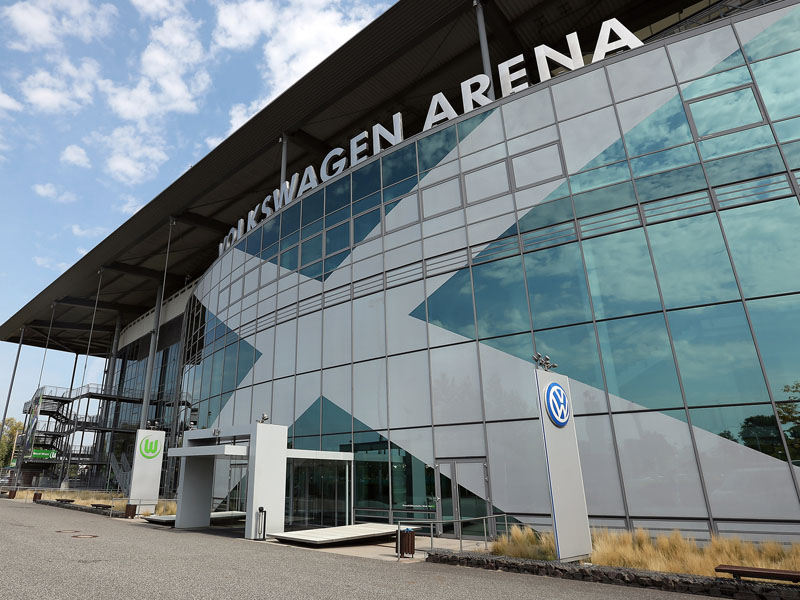 The new PhilipsArenaVision LED pitch lighting system will be installed during the winter break and will be used for the first time at the home game against Hamburger SV on January 21, 2017.

The Volkswagen Arena will also be the first stadium in Germany to incorporate movable spotlights with the Philips LED ArenaVision system. These can provide a splash of colour and increased versatility for multi-purpose stadium use such as concerts and events.

We are glad to offer our fans and partners this innovative lighting technology in the Volkswagen Arena. VfL Wolfsburg strives to be a pioneer in the use of advanced and sustainable technology in professional soccer.

We are all familiar with the unique atmosphere of a football match under floodlighting. The new LED technology is sure to intensify this effect for the fans and players.

Pitch lighting of the highest quality is needed for flicker-free super slow-motion and ultra-HD TV. With Philips ArenaVision LED technology, the visible flickering associated with conventional lighting systems is a thing of the past. A further benefit is that the lighting can be switched on immediately, without a warm-up phase, to produce perfect and consistent lighting. It can also be used to illuminate parts of the pitch, for example for training or maintenance. Furthermore, the new LED lighting system is more energy efficient compared to conventional lighting.

Together with VfL Wolfsburg, we aim to create the ultimate entertainment experience in the stadium, allowing fans to enjoy the match to the fullest – from arrival at the venue to the final whistle. The LED lighting technology meets the strict UEFA and Bundesliga standards for international TV broadcasters, enabling cameras to capture the smallest details and slightest movements of the players on camera.

The Volkswagen Arena is a multi-purpose stadium in Wolfsburg, Germany, home of VfL Wolfsburg. It is a member stadium of the European Stadium & Safety Managers Association (ESSMA). The venue was completed in 2002, with the official opening ceremony being held on December 13, 2002. The 30,000-capacity stadium offers around 8,000 standing-only spaces, with the remaining 22,000 being regular seated spaces. The standing-only places can be converted to 4,000 seated places for international games.

Philips is a Stadium Partner of the European Stadium & Safety Managers Association (ESSMA). The Company has long and illustrious history of lighting innovations in sports, from the 1952 Olympic Games in Oslo to the first Formula One night race in Singapore, and has been the technical partner of international sports federations such as IAAF, FIFA and FIBA over many years. Through these partnerships, Philips has helped to draw up official specifications for sports floodlighting and is the ideal partner for the complete complexity of holistic lighting solutions, from design to commissioning.

ESSMA, the European Stadium & Safety Management Association, is a not-for-profit association that allows stadium-, safety- and head grounds managers to exchange knowledge and expertise. The Association has a European focus but allows non-European stadiums and organisations to become members. ESSMA was founded in 1996 by Lionel Dreksler, a former President of the Association.