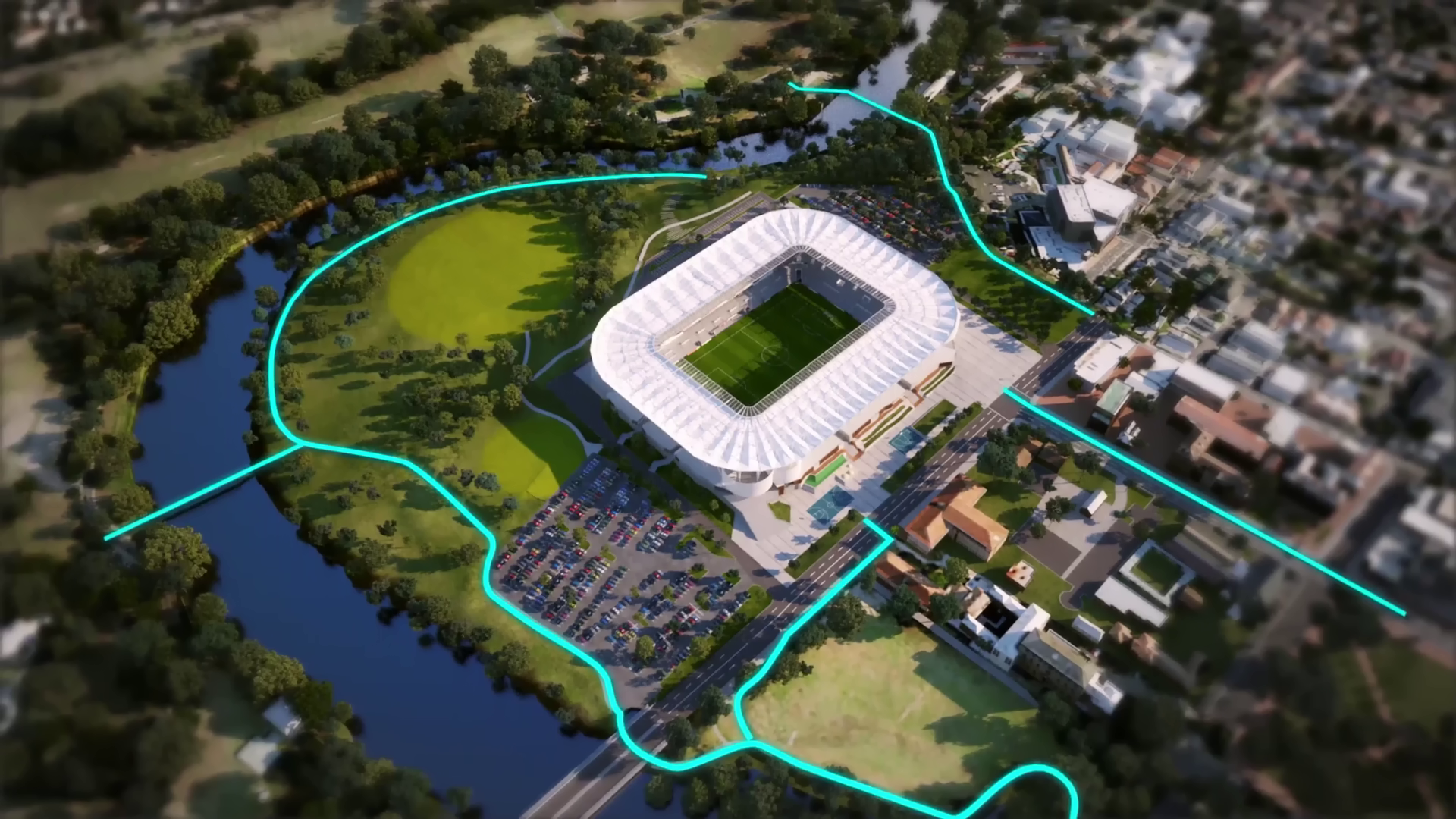 A brand new 30,000-seat, $300m stadium in Parramatta has been unveiled by the NSW Government this week, which will make Western Sydney a sport and entertainment hub when it is opened to fans in 2019.

NSW Premier Mike Baird and Minister for Sport Stuart Ayres announced that Lendlease had won the contract to design and build Western Sydney Stadium alongside partners, world-renowned architectural practice Populous and engineering firm Aurecon. They also advised that the new stadium – which will become the new home of the Parramatta Eels and Western Sydney Wanderers – will become a world-class venue, which is set to revolutionise the spectator experience.

We’re getting on with the job of delivering the biggest investment in sporting and entertainment infrastructure since the 2000 Olympics, and our first cab off the rank in our $1.6 billion stadia package is truly jaw-dropping.

This design boasts Australia’s steepest stands to ensure fans will be closer to the action than they are at Brisbane’s Suncorp Stadium, or any other in the country.

The Western Sydney economy will benefit from 1,200 jobs that will be created during construction and at least 900 ongoing jobs to support the stadium and the major sporting events and concerts it will attract for decades to come.

Minister Ayres said the stadium was a game changer for Sydney’s sporting heartland:

The new jewel in the Parramatta crown, Western Sydney Stadium was designed with the entire fan experience in mind, featuring all the mod cons, like Wi-Fi and an activation precinct set to draw the crowds on game day.

Western Sydney now has a stadium to set a new standard for sporting experience in Sydney – a precinct of global significance we can all be proud of.

With numerous bidders for the project, the Government selected a joint bid between builders LendLease, and designer Populous.

Populous are well known in Australia and Asia, having designed the Sydney Olympic Stadium that the Western Sydney Wanderers are currently playing in, as well as stadiums on the Gold Coast, in Melbourne and New Zealand.

Unlike many other newly built stadiums in Australia, the new Parramatta stadium will be a purpose-built rectangular stadium, and according to the Club, it will boast the steepest viewing angles in the country; ensuring fans are kept as close as possible to the on-field action. It will feature a single tier ‘home’ end, while the main grandstand will be built with premium and corporate hospitality suites; with the country’s first-ever field-level business club to be placed just behind the team benches.

The new stadium, if completed as designed, looks like it will be the premier medium sized stadium in the country, and leaving all but a handful of stadiums in the dust. It is expected to be finished in 2019.

Designed to respect Parramatta’s cultural heritage, the precinct will provide pedestrian and public transport links and improved access to Parramatta Park. The stadium will feature a Gold LEED Energy and Environmental design rating.

Work to demolish the existing Pirtek Stadium will begin in early 2017, with the new venue scheduled to open in the first quarter of 2019.

Watch the video detailing the new stadium online at: https://youtu.be/6yMxFj_Tpbk

Sources: Media releases by the Minister for Sport and: WesternSydneyFootball.com