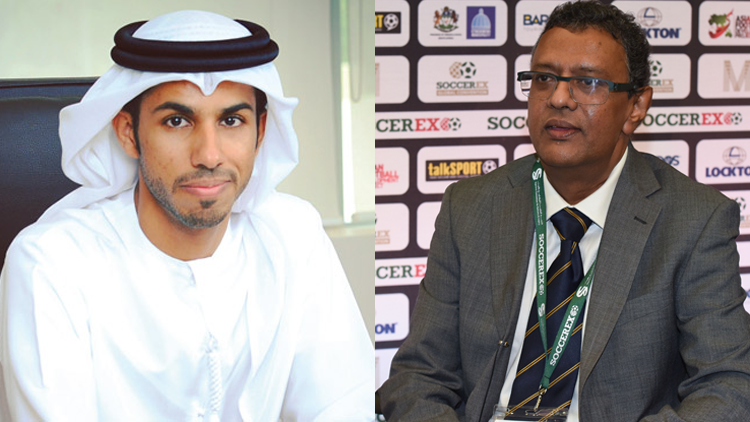 It is less than a year until the world’s second-most populous nation will be hosting a FIFA tournament for the first time when India take centrestage for the 2017 FIFA U17 World Cup. A cricket loving nation at heart, India has started to emerge on the football scene with the rapid growth of the Indian Super League over recent years. Kushal has been a huge part of this, and will talk about how the upcoming FIFA tournament will continue to encourage growth and development of the sport in the country.

For the UAE, hosting a major tournament is a more familiar responsibility than that of India, as the country has previously held both the 2009 and 2010 FIFA Club World Cup tournaments, and is preparing to host both the 2017 and 2018 editions of the competition, as well as the AFC Asian Cup in 2019. Mohammed has been instrumental in the securing of these tournaments for the nation, beating the likes of Iran, China, Lebanon, Oman, Thailand, Bahrain and Saudi Arabia in the bidding process. As one of the most well developed countries in the Asian region, the UAE has all the resources to stage global tournaments, with state of the art stadiums, viable transport methods, high quality hotels and the infrastructure needed in order to host and grow the game further within the country.

Both nations will also benefit from the fact that a host nation participates in the tournament, meaning the country has a real opportunity to raise the profile of the sport. With the whole world watching, these global competitions provide countries such as India and the UAE with the chance to show their abilities on the pitch in front of a home crowd, a chance the national team rarely has. For the UAE, hosting the FIFA Club World Cup enables the Champions of the UAE Arabian Gulf League to compete against the likes of Real Madrid will undoubtedly attract an influx of media attention, not to mention millions of viewers around the world. The chance for the club to be seen by that many people creates huge growth opportunities for clubs, the league and the country in general, boosting infrastructure and creating a lasting legacy.

With both men pivotal to the hosting of these events, the Soccerex Asian Forum will provide top level insight into major event delivery in Asia and the learning’s that can be taken forward into Qatar’s hosting of the 2022 FIFA World Cup™.

The session will be moderated by Bashar AlKadhi, CEO for MENA of international PR firm Hill+Knowlton. With 25 years experience in public relations and media business across the Middle East including countries such as Morocco, Tunisia, Bahrain and Egypt, Bashar will call on his significant regional insight and communications expertise to drive the discussion.

Hosted with the support of the Supreme Committee for Delivery & Legacy (SC) and the Aspire Zone Foundation, the Soccerex Asian Forum will feature expert insights from the top of the football industry and high-level networking opportunities for delegates, giving them a chance to connect and mix with some of the key rights holders in the business.

For more information on the Soccerex Asian Forum, go to: www.soccerex.com/asia