HomenewsNewsEvent NewsStadiums – Past and Future: head to The Olympic Museum for an exciting new exhibition

Stadiums – Past and Future: head to The Olympic Museum for an exciting new exhibition 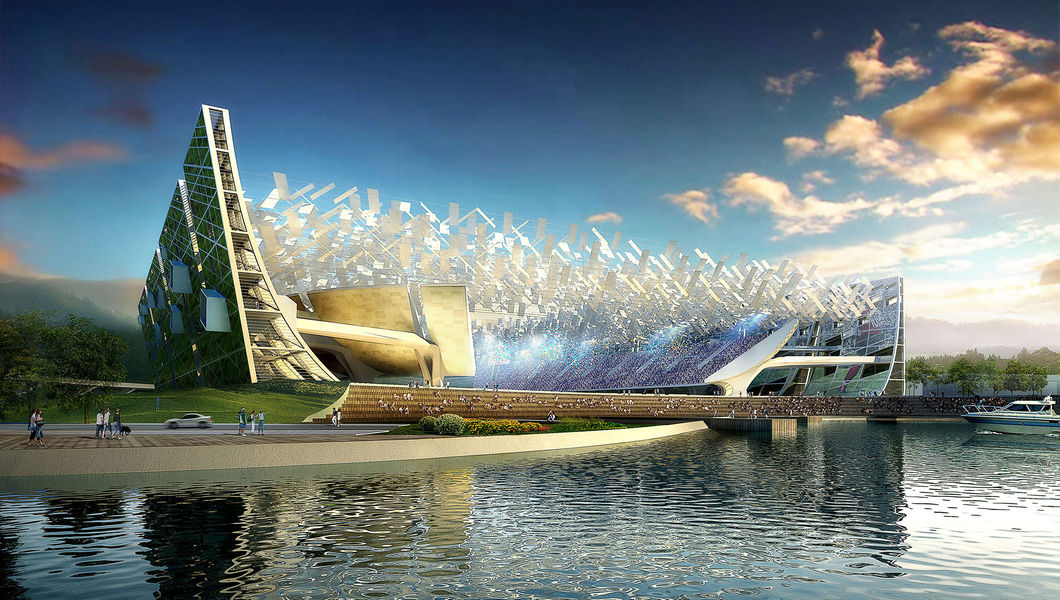 Emblematic of the Olympic Games, stadiums also represent a challenge for the host city. With a long history, they hark back to the past and look ahead to the future. The Olympic Museum explores the evolution of these buildings, which have become essential elements of the Games and whose impact is measured well beyond the 16 days of competition.

IOC
“Stadiums – Past and Future” is more than an exhibition; it’s an entire programme aimed at the general public, with a diverse, multi-platform approach. It features a temporary exhibition, educational activities, a magazine-book, an online game and fun, original events.
This range of activities is about looking at stadiums as a whole, from different angles, and not only architecturally.
The “Stadium by Stadium” exhibition begins with the “stadion”, the ancient Greek unit of measurement (equal to 192.27m, which, according to legend, was 600 times the length of Hercules’s foot. The exhibition briefly looks at the stadium of Olympia, which well and truly measured up, before moving on to the Colosseum in Rome, which was built in the 1st century AD. An incredible arena with more than 50,000 seats, the Colosseum was an innovational structure in many respects, and provided the inspiration for the majority of stadiums built in the centuries that followed.

Université de Caen Normandie, CIREVE
“A stadium in the city” is an educational programme designed to teach pupils about what building a stadium in a city actually involves. Workshops and tablet-based activities give visitors the chance to explore this topic; younger children can enjoy a construction game with building blocks while teenagers get to stay digital with a multimedia game.
The “Olympic Stadiums: People, Passion, Stories” magazine-book is a richly illustrated souvenir of the changing design and purpose of Olympic stadiums over the past century.
IOC

“Pierre de Coubertin in search of a sustainable stadium” is an online “serious game” that lets you play as the reviver of the modern Games as he travels to the present day to build an Olympic stadium in the future host city of the Games. Through interactions with the main stakeholders – the Mayor of the city, Mrs IOC, the head architect and a concerned citizen – he will learn that building a stadium nowadays means planning for sustainable development from beginning to end. It also means asking yourself the right questions, even if they’re not always that easy to answer.

Playing as Pierre de Coubertin, will you be up to the challenge to win a diploma?

At a “stadium-dating” event in January 2017, the general public will get the opportunity to chat with a panel of architecture and urban sociology experts over a drink, and learn more about stadiums from different perspectives.
And during Easter week 2017, a selection of ten films, short films and documentaries will be screened in The Olympic Museum Auditorium, giving the public a chance to explore the world of stadiums through images.

Building a stadium is about building for the future, altering a city’s urban landscape and leaving a legacy!

Join the adventure at The Olympic Museum, on social media and via the Museum website: www.olympic.org/museum