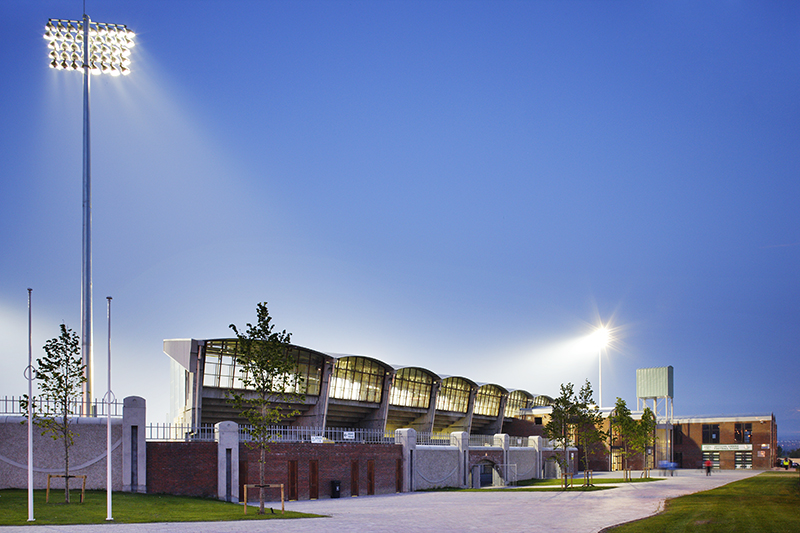 Tallaght Stadium – home to Shamrock Rovers FC – has been given the green light to go ahead with a €1.9m new 2,150-capacity stand by South Dublin County Council.

The stadium, which was previously owned by the Club, is now owned and operated by South Dublin County Council, with Shamrock Rovers as the anchor tenants.

With capacity at the stadium set to increase from 6,000 to just over 8,000 thanks to the addition of the new 2,150-capacity stand, it will be eligible for UEFA category 4 status and will be capable of hosting Champions League group and play-off games.

Funding for the project will come from surplus funds from the 2015 and 2016 budgets.

Speaking after the development was given the go-ahead, Councillor Dermot Looney told the Tallaght Echo:

It certainly brings the stadium up to scratch to hold bigger and better games and other events – it will make it more attractive for concerts, for example.

I think Tallaght Stadium has been a good news story for Tallaght, and its continued development will be good news not just for Shamrock Rovers or football, but for the area in general.

Dundalk were forced to play the home leg of their Champions League playoff against Legia Warsaw at the Aviva Stadium back in August but are now playing their home ties in the Europa League group stages at the Tallaght Stadium.